2020 indie it-girl Phoebe Bridgers played a special livestream for the new Bandsintown Plus.... 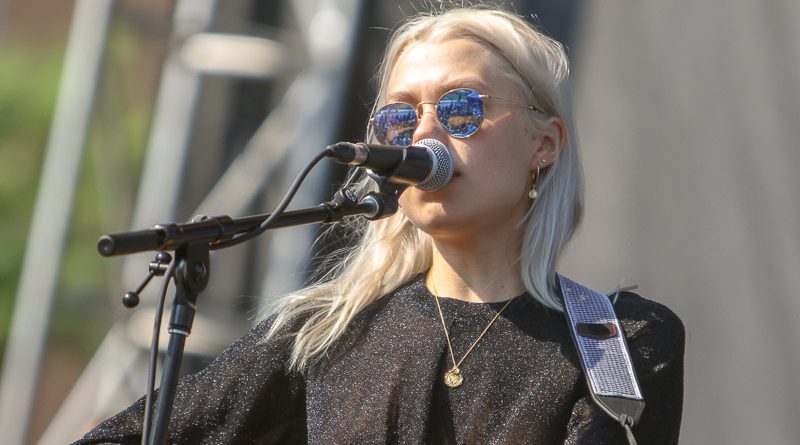 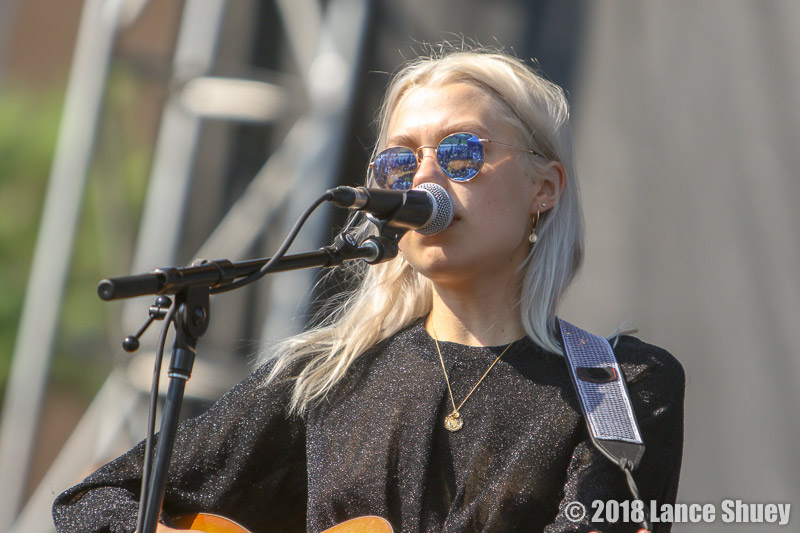 Last year was very difficult for almost everybody, and even the bright spots had touches of grey. Take Phoebe Bridgers, who became the indie it-girl of 2020 with her amazing Punisher (QRO review), a record as across-the-board beloved as Bridgers became herself. Yet, though she was making great videos (QRO review) and talk show appearances (QRO review), as well as earning four Grammy nominations & even working with her near-namesake & previous comedy it-woman Phoebe Waller-Bridge (QRO review of Waller-Bridge directed Bridgers video), the Phoebe with one name couldn’t play a single show with fans to celebrate. On Thursday, January 21st, Bridgers at least got to play some songs for a livestream thanks to Bandsintown.

Bandsintown.com has been the website & app to track your favorite artists to see where they’re playing, as well as see who’s playing in your area, but of course all that went out the window when everything shut down almost a year ago. So, it reinvented, launching ‘Bandsintown Plus’ at the start of this year, a subscription streaming service with regular performances. There’s a slew of great names playing, enough so that you won’t just sign up for the free one-week trial for one artist & then immediately cancel (at least last out the week…).

Admittedly, the performances seem to not be the ‘full live concert experiences’ of the one-off paid livestreams that have proliferated, but rather shorter in-studio sessions, but also with Q&As. For her Bandsintown appearance, it was just Bridgers and her Punisher producer Ethan Gruska on piano at a Los Angeles studio (though they joked that they were in Vegas). And, for the record, Bridgers wasn’t wearing the skeleton onesie she made famous, or the pajamas from her ‘at-home TV tour’ last year, because that’s so 2020, but instead dressed up in a very cute yellow dress.

The short set was naturally devoted to Punisher, but started with “Motion Sickness” from her prior debut, Stranger In the Alps, the album that you say you were into before she got big because you’re so hip. There was also “a song with the word ‘fun’ in it,” “Funeral”, from Stranger, an album that you should check out now so you can back up that claim (and it’s not like you don’t have the time).

But Bridgers didn’t skip on ‘the hits’ from Punisher. To be fair, there are so many songs that so many people love on that record that it’s hard to say which song isn’t a standout. Most-special-among-the-special this night included “Kyoto”, which was made even sadder by just being her voice and Gruska’s piano. The anti-Clapton lyrics of “Moon Song” hit even harder now that he’s joined Van Morrison in being publicly anti-masker. “Chinese Satellite” was so beautiful, perfect fear of hope. And her performance ended with, of course, “I Know the End”, the epic Punisher closer that one chat commenter, rickypassion, noted she’ll always have to end her shows with, “And I’ll never be unhappy about it.”

There was a chat that started before the performance, fans asking so, so many questions, though almost always making clear that the question was for Bridgers (indeed, during the Q&A, host Elia Einhorn noted with amusement at that, as if a question might be for him). The fans went nuts during the performance, even for relatively lesser known songs such as “Funeral” and the preceding “Graceland Too” – rickypassion also joked about what it must have been like to be the Bandsintown intern trying to monitor the chat. A few questions did make it to Bridgers, such as about what to call her fans (after listening to a few options like “PHARBZ,” she went with “PHANTOMS”), and about her songwriting process (including advice to beginning songwriters, “rip off as many people as you can”), though her puppy Maxine stole that part of the show just by sleeping on her lap.

At under forty minutes of music, and less than an hour total, Bridgers’ Bandsintown performance wasn’t the big full show that you’ve been hoping to go to all year (she was just booked to play Saturday Night Live on February 6th!). But the website/app is able to pack in the artists – indeed, Gruska himself did his own performance and Q&A right after. And the set was able to showcase what you love about your new musical love, from the beautiful songs to her beautiful awkwardness (“I don’t know where to look,” she remarked during her set). So, while we wait for things to get back to normal someday (at least they did in Washington, D.C. this week), it was great to get some Phoebe.