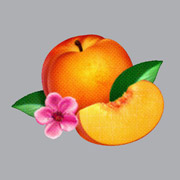 In 2009, the world broke open for Phoenix.  The Versailles, France band had flirted with massive success before, but Wolfgang Amadeus Phoenix (QRO review) saw them reach the tops – and deservedly so, as the up-tempo indie-pop gem delivered on so many levels, earning them number one on many end-of-the-year ‘best of’ lists (including QRO’s).  There quickly became two kinds of people: the people who loved Phoenix, and those who just hadn’t heard them yet.

So how does one follow that up?  Phoenix faced the kind of daunting task that Arcade Fire did after Funeral, or The Strokes after Is This It? – shine in the shadow of their recent, enormous, beloved success.  For Bankrupt!, the band wisely didn’t try to just make Wolfgang II (unlike, say, the second-and-subsequent Strokes albums…); instead, they upped their synths and disco elements for an enjoyable and danceable record that might not be Wolfgang, but still shines.

From the first tones of opener “Entertainment”, it’s clear where the power lays on Bankrupt!.  Indeed, solo straight-up keyboard tones feature prominently on the record, from that open (which recalls the open to David Bowie’s “China Girl”) to the near five minutes of keys in the seven minute-long title track in the middle, to more “China Girl”-like sounds behind the following “Drakkar Noir”, to another (much shorter) tones intro on “Bourgeois”.  Phoenix goes disco on “Drakkar” and “Trying To Be Cool”, dance-y with “Don’t”, and even the slow Phoenix is slow with synths in the preceding “Chloroform”.

And yes, Phoenix can pull it all off.  Other than the over-indulgence in keyboard instrumentals on “Bankrupt!”, the band has more than enough skills and more than enough charm to make you want to dance.  Admittedly, some times are better than others – “The Real Thing” feels a bit standardized after the more impressive “Entertainment”, and disco Phoenix is definitely done better on “Cool” than “Drakkar”.  Early piece “S.O.S. in Bel Air” recalls Wolfgang and temporarily puts the record back in that shadow, but by the dance of “Don’t”, nighttime smooth disco of “Bourgeois”, and bigger synth send-off “Oblique City” to close things out, Bankrupt! stands on its own.

It’s actually rather unsurprising that Phoenix increased their keyboard tones for their new record, as keys of all types have been sweeping indie-rock, from bedroom lap-pop & chill-wave to alt-rockers putting down guitars and picking up synthesizers (see Ra Ra Riot’s new Beta Love – QRO review – or Shout Out Louds’ new Optica – QRO review).  What’s more, Phoenix’s bright uplift was always well suited for more tones & more dance.  There’s a reason this was a band you fell in love with, not just respected or enjoyed, and even if that love doesn’t burn as bright as it first did, it looks set to burn for a long while.