Piano’s is located on 158 Ludlow Street, Manhattan, between Stanton and Rivington Streets.  It lays on the same block as The Cake Shop, around the corner from Arlene’s Grocery,... 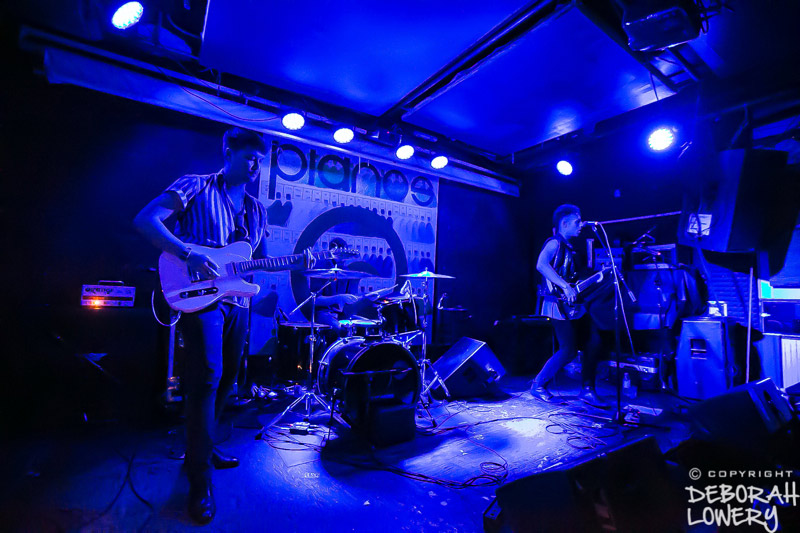 Piano’s is located on 158 Ludlow Street, Manhattan, between Stanton and Rivington Streets.  It lays on the same block as The Cake Shop, around the corner from Arlene’s Grocery, and within the circle of venues in the Bowery (roughly between Houston, A, Delancey Street, and Bowery), which includes those four, Mercury Lounge, Bowery Ballroom, Rockwood Music Hall and others.

The front room at Piano’s is a bar, not as skinny as other Bowery venue-bars, but with tables and chairs kind of haphazardly laid out, making it still a relative crush.  Things are especially cramped on Friday and Saturday nights, with the security sometimes responding by being heavy-handed.  The bar itself is popular in its own right, as there is a small space upstairs used as a dance club and occasionally as a venue (such as during CMJ).  The entrance to both that, the floor-level venue, and the stairs down to the bathrooms are all at the back of the bar, increasing the crush.

The stage and stage floor at the back are relatively cramped, though at least it doesn’t have the low ceilings of Bowery basement venues.  However, the bar on the house-left side only adds to the crush, though it does create a space between it, the entryway, and the single-occupancy bathroom at the back.  Like the front bar, there are tables and chairs in the small stage floor, but they are usually limited to hugging the sidewalls.  The stage itself is removed enough off the ground, with strong lighting, to make the band quite visible to all on the stage floor, something other small Bowery venues also lack.

Piano’s is one of a group of low-end venues in the Bowery – small, lesser facilities, low price, cheap drinks, etc.  Generally, the acts occupy the lower end of the touring spectrum, but that can include up-and-coming new groups, side projects, and solo performances (the small, visible stage is particularly well-suited to one-person shows).  Such artists as Nicole Atkins also served it as a place for name-making residencies.  Piano’s actually bats somewhat above its weight, not Mercury Lounge level, but higher than say, Cake Shop (though, in price, it falls between the two as well) – of the tiny Bowery venues, it’s the ‘classy’ one.  It often hosts New York City one-offs by bands that have played the venue before on tour.  An intriguing place that often isn’t quite what it seems. 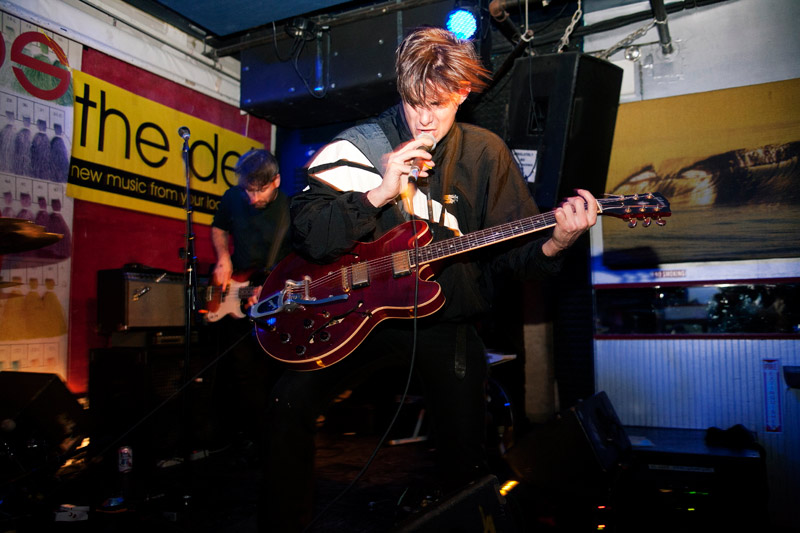 Headlights : Some Racing, Some Stopping