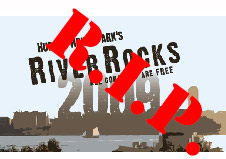 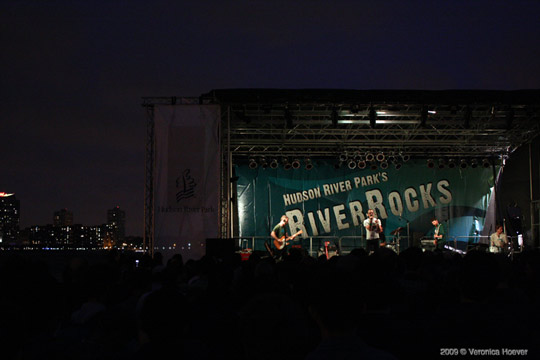 Hudson River Park’s venue is located on Pier 54, Manhattan, at West & West 13th Street (though the nearest points to cross West Street are at West 14th Street, a block to the north, or Horatio Street, three blocks to the south).  Like South Street Seaport’s Pier 17, it is an actual wooden pier, but Pier 54 is an old, out-of-service cruise pier (survivors of the Titanic were deposited there, and the Lusitania departed from there before being torpedoed and becoming a rallying cry for America’s entrance into WWI).  It was part of the Chelsea Piers, but was added to Hudson River Park in 1998.  During the summer, the annual Hudson RiverRocks Festival holds a series of concerts there, starting at 6:00 P.M.

The actual stage is located at the end of the long pier.  Being free, all-ages, and outdoors during the summer, most acts get quite a healthy turnout.  In fact, because the pier is so long, getting up front is a premium, and as the bands start fairly soon after doors open, a large line can form before doors, and continue on afterwards (though moves fairly quickly, once doors open).  This can create a real crush at the front, especially for younger-appeal and more energetic acts, and leave others farther away.  The lack of any sidewalls does mean the sound spreads & dissipates, but turning up the volume can make up for that.  The pier also gives an incredible view, albeit of New Jersey.  Food and drinks are on sale in the middle of the pier, though you need an ID check wristband to purchase beer.

Along with South Street Seaport, Central Park SummerStage, Prospect Park Bandshell, and now Williamsburg Waterfront (replacing the late McCarren Park Pool), Hudson River Park’s Pier 54 is one of New York City’s largest, regularly-used, all/mostly-free outdoor venues, though not as frequently used as the other four (but more so than once-a-year Battery Park).  While on the river, and thus not directly near any subway stops, it’s at least on the middle of the west of Manhattan, and easier to get to than any of those other outdoor venues.  RiverRocks wisely books active, energetic acts to play the Pier, as more sedate bands could get lost amidst the river (though this does make the front of the crowd a particularly tight crush), and there are no ‘adult’ acts, like classical or world music, which make up much of the free schedule for SummerStage and Celebrate Brooklyn!.  A welcome, if often overlooked, addition to New York’s great line-up of free, outdoor concerts. 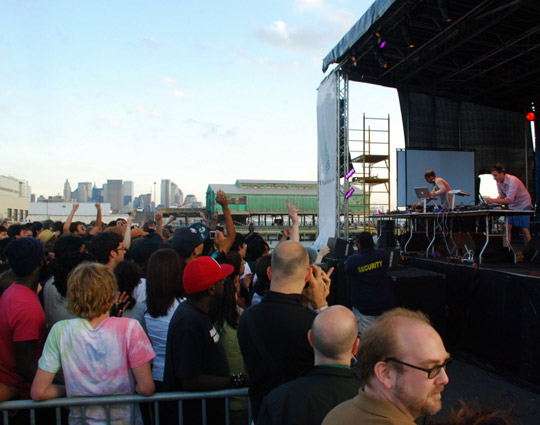