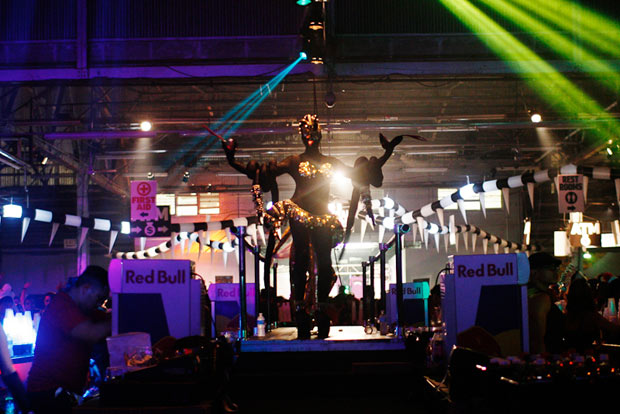 Not even five blocks away from Pier 94, two men in large Taco costumes ran past me, waving sparklers screaming “YO QUIERO KNIFE PARTY!”

That wasn’t the worst of it.  Not even close. 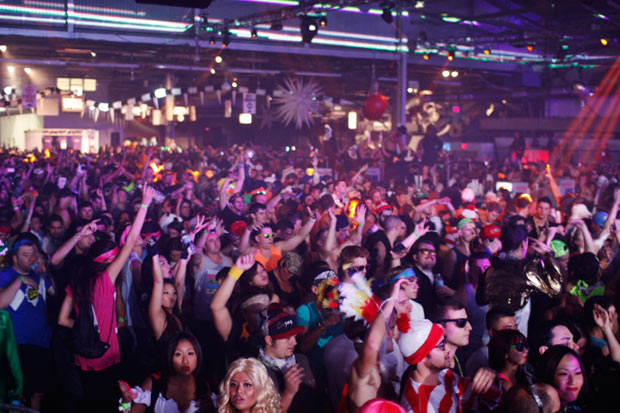 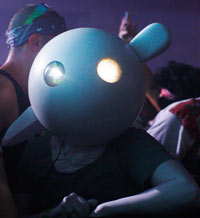 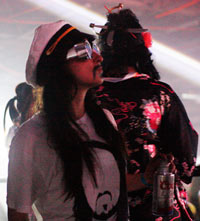 If you have ever been to a rave, you’d know that outrageous costumes and blinding colors are generally the norm.  But in this Halloween event, a.k.a. “Pier of Fear”, people decided go beyond the mere “bazzar” look and went for something completely insane.  Pier 94 itself was littered with enormous Halloween décor including several Pacha logos (the organization behind this) and a giant spider looming over the crowd. 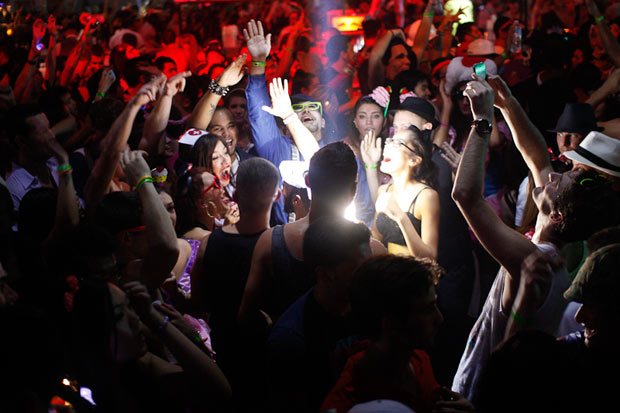 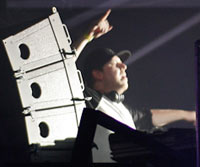 Kill the Noise played a lengthy set with variety of mixes, including Daft Punk and

The Bloody Beetroots, to excite the 18+ fans before the main act.  Screaming things like “ARE YOU GUYS STILL WITH ME?!” and “SWAG.  SWAG.  SWAG,” he did a pretty decent job keeping the crowd moving. 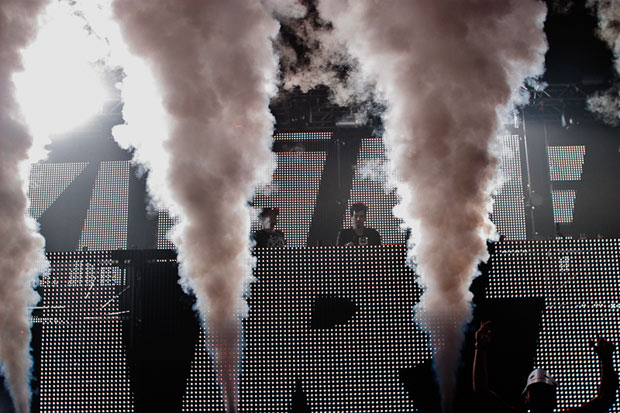 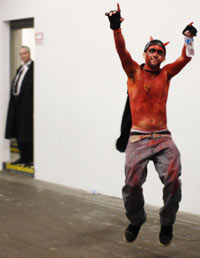 By the time Knife Party was on, the warehouse was densely packed.  With the red tone, flashing strobe lights, and the steam rising from the writhing bodies, the place looked like a good illustration of hell.  Rob Swire and Gareth McGrillin, the Australian duo behind both former electronic group Pendulum and Knife Party, stepped up to the DJ booth and started spinning songs without skipping a beat.  Their ‘spooky’ noises and thrashing beats seemed to compliment the Halloween theme.  From Moombahton to dance rock, Knife Party played a whole spectrum of electronic music watermarked with their heavy bass.  In fact, the bass was so tangible even the ice cubes in the back bar were rattling to the beat.  Tracks from their EP Rage Valley were scattered throughout, although none of them were played in full.  During “Internet Friends”, the entire crowd chanted to the words, “You blocked me on Facebook.  Now you are going to die” and went completely nuts when the drop hit.  Their hits “Bonfire” and “Sleeze” were played more towards the end of the set, and by the time they were done, the crowd was left in its sweaty, wide-eyed state. 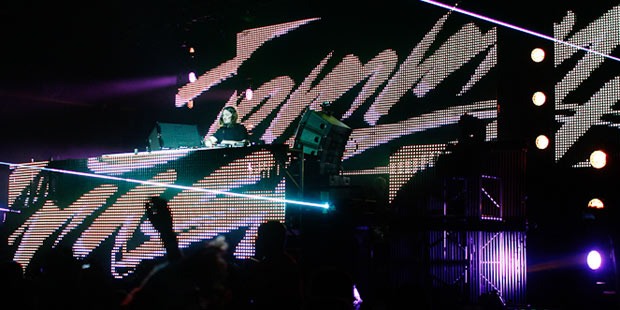 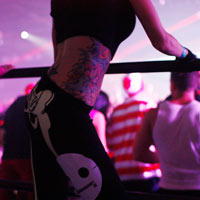 A good portion of the crowed decided to leave when Knife Party stepped down, but most stayed to listen to the popular Australian DJ, Tommy Trash.  His set was noticeably different from Knife Party – his electro-house style infused with calming vocals seemed like an ideal way to end the party at 4am. 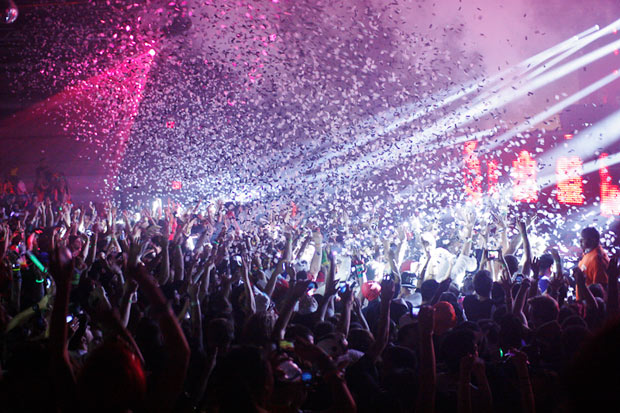