Pierce the Veil, Sum 41, Emarosa and Chapel came to Hampton Beach Casino in Hampton, New Hampshire on Wednesday, May 17th on the ‘We Will Detonate’ tour.... 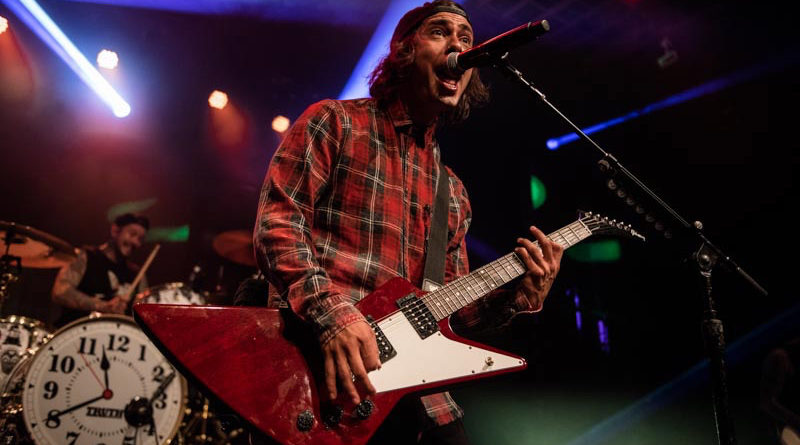 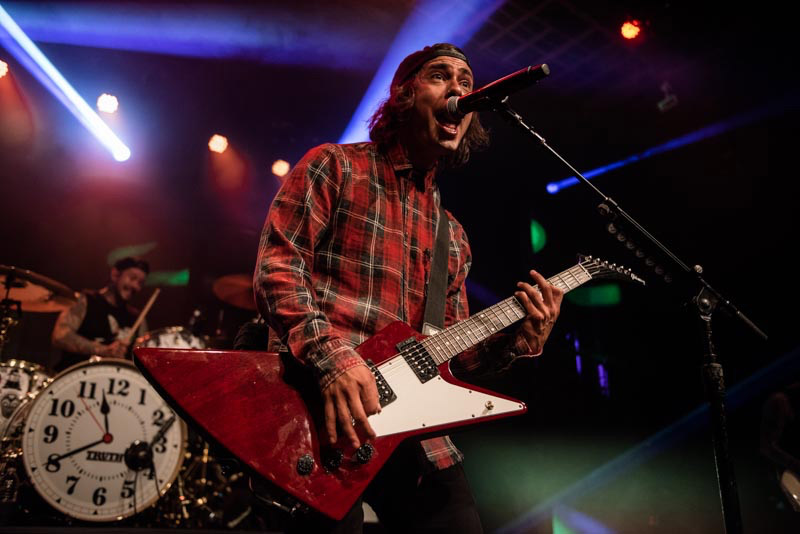 Pierce the Veil, Sum 41, Emarosa and Chapel came to Hampton Beach Casino in Hampton, New Hampshire on Wednesday, May 17th on the ‘We Will Detonate’ tour. 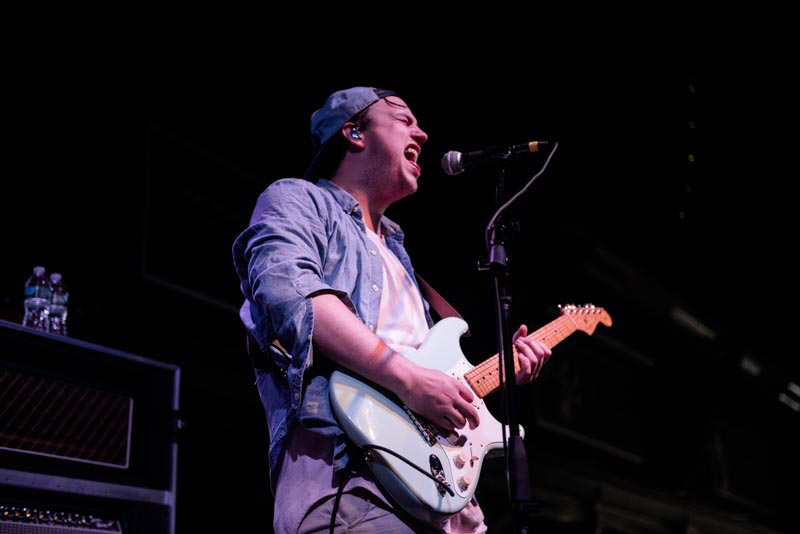 Chapel is made up of Carter Hardin and Kortney Grinwis from Athens, Georgia. They’re an indie pop duo signed to Rise Records. They describe their sound as music their parents would like. They released their new song, We’ve Got Soul, on May 5th. 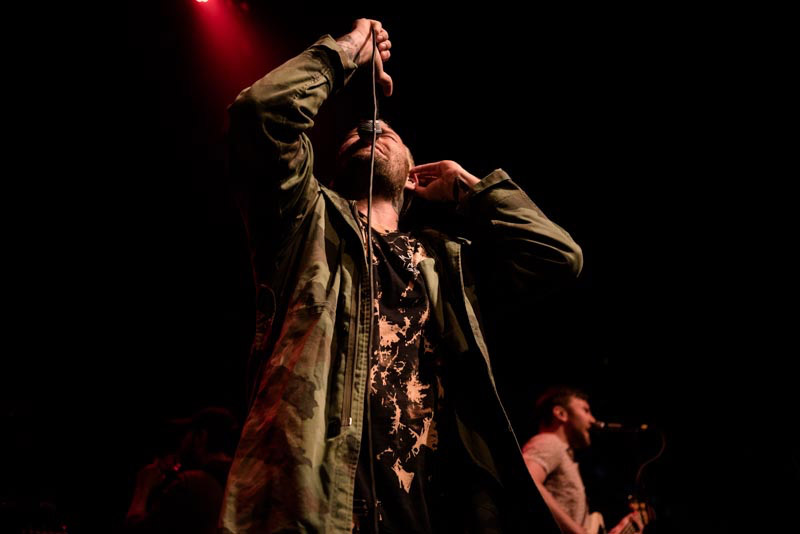 Emarosa is a pop band made up of Bradley Walden, ER White, Jordan Stewart, and Matthew Marcellus from Lexington, Kentucky. They released their full length, 131 on July 8th, 2016 through Hopeless Records. They performed eight out of eleven songs from 131 including “Helpless”, “Cloud 9”, “Miracle”, and “Sure”. They also sang three songs from their previous full length, Versus. The second Walden was on stage, he went straight off the stage and into the crowd for the first song. He spent the whole set going from the stage into the crowd and back again. He went into the crowd and sang with the crowd for one song. Then later, he went back to the crowd and sat on a fan’s shoulders and walked around in the crowd. Walden is known for going into the crowd at all of their shows, which makes it exciting for the fans. Each show Emarosa does is unique because you never know what Walden will do next. 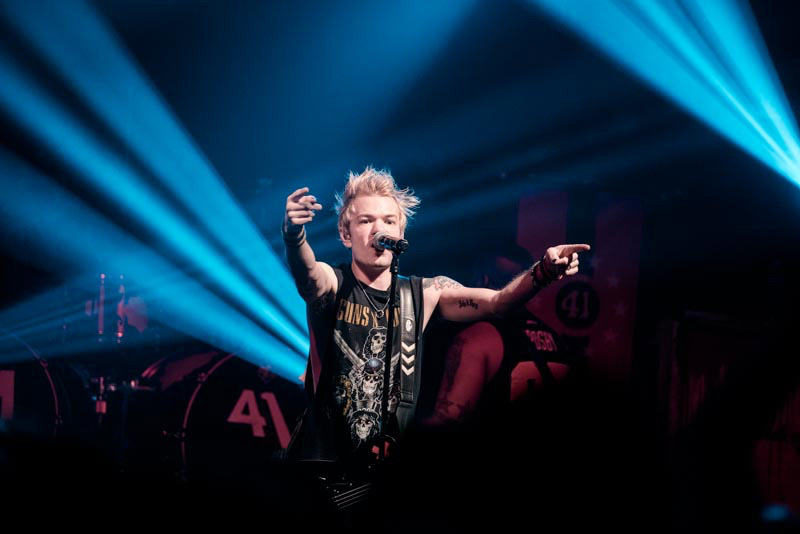 Sum 41 is made up of Deryck Whibley on vocals and guitar, Cone McCaslin on bass, Tom Thacker on guitar, Dave Brownsound on guitar, and Frank Zummo on drums. When people think of the genre pop-punk they think of two bands, Blink-182 and Sum 41. On October 7th of last year, Sum 41 released their newest full length, 13 Voices through Hopeless Records. The album was produced and recorded entirely in Whibley’s house. They played for an hour and performed twelve songs. They played songs off of “Does This Look Infected?”, “13 Voices”, “Screaming Bloody Murder”, “All Killer No Filler”, “Chuck”, and “Underclass Hero”. The second they hit the stage, the crowd was in full force creating a mosh pit and later having a wall of death. They performed other songs including “Over My Head (Better Off Dead)”, “Motivation”, “We’re All To Blame”, “In Too Deep”, and “Fat Lip”. They also played a cover of Queen’s “We Will Rock You”. During the set, Whibley referred to the concertgoers as family members on numerous occasions. He made it a much closer connection than just band and fans. He made everyone feel as though they were one connected unit, even if it was only for a few hours. 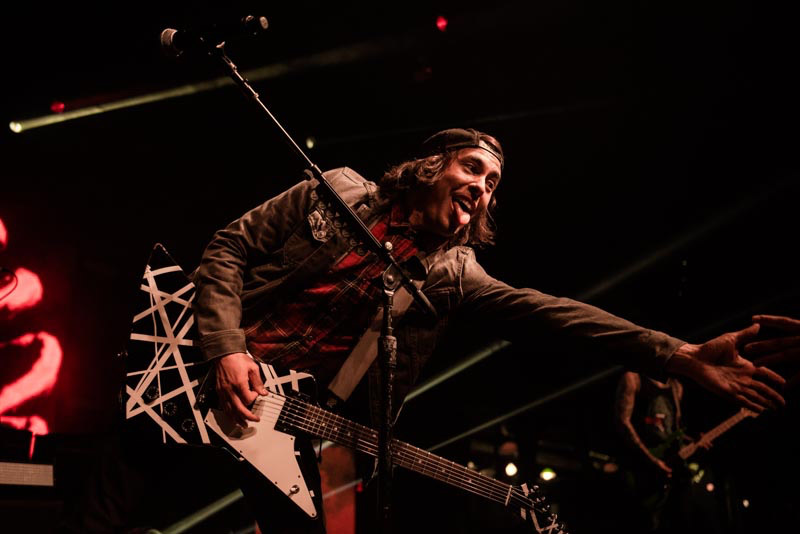 Click here for photos of Pierce the Veil at Hammerstein Ballroom in New York, NY on February 17th, 2015 in the QRO Concert Photo Gallery

Click here for photos of Pierce the Veil at 2012 Vans Warped Tour at Maryland Heights, MO in the QRO Concert Photo Gallery

Click here for photos of Pierce the Veil at Manchester Academy in Manchester, U.K. on January 30th, 2011 in the QRO Concert Photo Gallery

Pierce The Veil is made up of Vic Fuentes on vocals and guitar, Mike Fuentes on drums, Jaime Preciado on bass, and Tony Perry on guitar from San Diego, California. Misadventures was released on May 12th of last year through Fearless Records, and was their fourth album. Pierce The Veil has been around since 2006; having reached their ten-year anniversary last year. Their career really took off after Collide With The Sky came out in 2012. They have some of the most dedicated fans in the scene, and always come out in full force.

Pierce The Veil did a thirteen-song set lasting about an hour. They sand songs from all four records, including “Yeah Boy & Doll Face”, “Floral & Fading”, “Stay Away From My Friends”, and “Hold On Till May”. Fans on the floor had a massive mosh pit and at times wall of death going. The venue has seating in the back, so if people didn’t want to get swept up in the pit they had a place to sit. Crowd surfers were also in full force, and a few even crashed into me a few times. Part way through their set, they have the crowd sing happy birthday to Preciado and brought out a cake [below in pictures]. Fuentes played an acoustic cover of “Issues” by Julia Michaels, and had banter with a fan named Molly. Afterwards, the rest of the band joined him for an acoustic version of “Stay Away From My Friends”. Then they brought the pace back up with “Dive In” and “Caraphernelia”.

‘We Will Detonate’ tour ends on May 25 in Dallas, Texas.

Pierce The Veil will be at Rocklahoma on Oklahoma, and on tour in Europe on June 1st-18th. They will then be at Festival dete de Quebec on July 8th before going on tour in Canada and the U.S. on September 14th-October 6th. 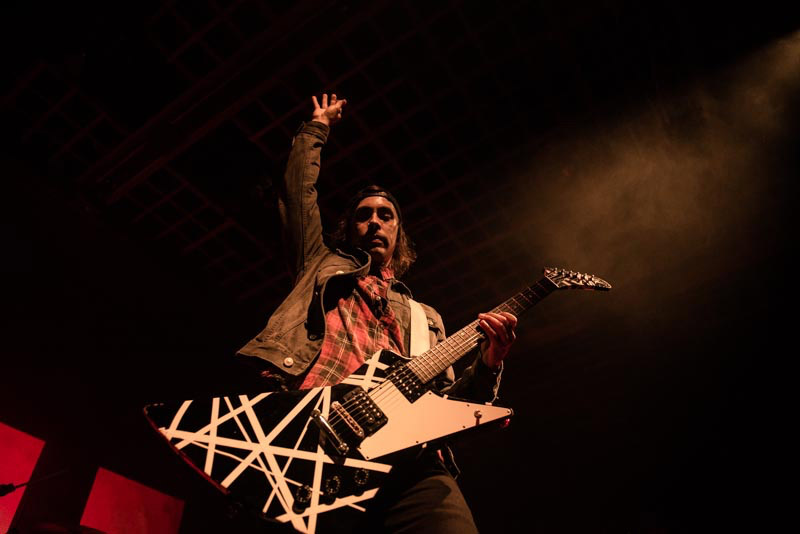