In days gone by, a new Pixies album was always the subject of widespread anticipation.... 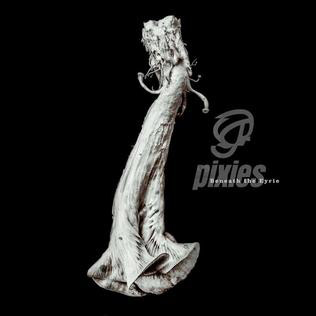 In days gone by, a new Pixies album was always the subject of widespread anticipation. With the passage of time, including a more than decade long hiatus, those expectations seem to have diminished. This probably works to the advantage of the veteran band that earlier this year retreated to a studio in an old church in upstate New York to create their seventh full album, Beneath the Eyrie. There is cohesion present to a level not experienced since their pre-split era, where elements of their past blend seamlessly with their present sound.

“In the Arms Mrs. Mark of Cain” kicks things off evoking the feel of a 1960s detective movie theme as chiming and crunching guitars layer over a galloping beat and pulsing bass-line. Things take off from there with their strongest single in decades “On a Graveyard Hill” and the stand-out “Silver Bullet” delivering that amalgam of drama, story-telling, edge and dynamic range that only the best Pixies songs can. “Los Surfers Muertos” featuring bassist Paz Lenchantin on vocals, and singer/guitarist Black Francis screaming “St. Nazaire” take us somewhere between the surf and a psychedelic tinged spaghetti western. The highlights don’t end there as the haunting sense of the old frontier arises again on the stirring ballad “Daniel Boone” bringing a gentler more cinematic feel to the latter part of the proceedings.

If you fell off the Pixies wagon along the way, this should be the album to get you back on board. Definitely not Pixies by numbers, Beneath the Eyrie is a collection of songs expertly crafted by a group of musicians operating on an almost telepathic wavelength that only years of working together can bring.