By now, Pixies are as removed from their seminal 2004 alt-rock reunion as they were then from their original early nineties break-up.... 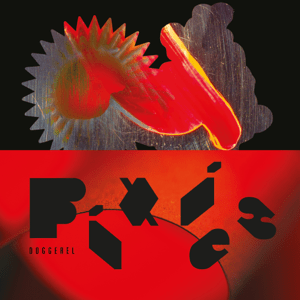 By now, Pixies are as removed from their seminal 2004 alt-rock reunion (that started all the other alt-rock reunions) as they were then from their original early nineties break-up. They’re even well removed from just playing the old hits, and actually putting out new music. Fourth new era record Doggerel admittedly shifts to a more polished sound, in the band’s later years, trading in some of their hit-or-miss wildness for more professional skill.

While the original, twentieth century Pixies records had standouts and forgotten numbers, Doggerel is strong all the way through, if without pieces so memorable that they’d start a reunion trend. There are brighter, more hopeful numbers such as “Vault of Heaven” and “The Lord Had Come Back Today”, but immediately following the latter is the darker “Thunder and Lightning”. “Dregs of Wine” has the classic Pixies quiet/loud, while the titular closer is a bass-heavy journey. There are even times when the album hews more towards frontman Black Francis’ more alt-country solo work, like “Who’s More Sorry Now?”

After the initial exuberance of the reunion wore off, people complained that the Pixies were only rehashing old material (unlike fellow reunited contemporaries Dinosaur Jr, who started putting out great new records pretty early in their own reunion). But once Pixies started releasing new stuff, there were complaints that it wasn’t as good as the old stuff – but how could it have been, so wrapped in amber were those seminal albums? Thankfully, now the band has moved forward enough to just be taken on their own, current merits, and can put out another strong record, whatever the millennium.