Canada has no shortage of impressive indie songwriters, including bands & names that ought to really be bigger on the other side of the border.... 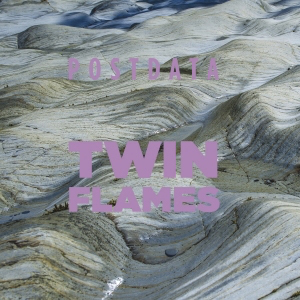 Canada has no shortage of impressive indie songwriters, including bands & names that ought to really be bigger on the other side of the border. Halifax’s Wintersleep has long been one of those names, making great indie-rock that never breaks through to the big-time. Added should be frontman Paul Murphy’s side-project, POSTDATA, with another powerful record in Twin Flames.

Working with a rotating cast of characters (including his brother Michael of the late, great Frightened Rabbit) as POSTDATA, Twin is a distinctly intimate side of Paul Murphy. Opener “Haunts” yes, haunts, and even the bigger tracks such as the following “Inside Out” are personal. It isn’t all northern sadness, like with the standout cheery and wry “Nobody Knows”, and “Behind You” has just the right level of catch to its indie-uplift. And the album is better when it leans on guitars over the synths like closer “Tomb”, but maybe that’s just an old guitar hipster’s preference.

While you’re stuck at home until the pandemic ends, expand your musical mind if you can’t expand your traveler’s footprint, and head up north for yet another great Canadian indie artist.