Potty Mouth had a record release show at the iconic 285 Kent Avenue.... 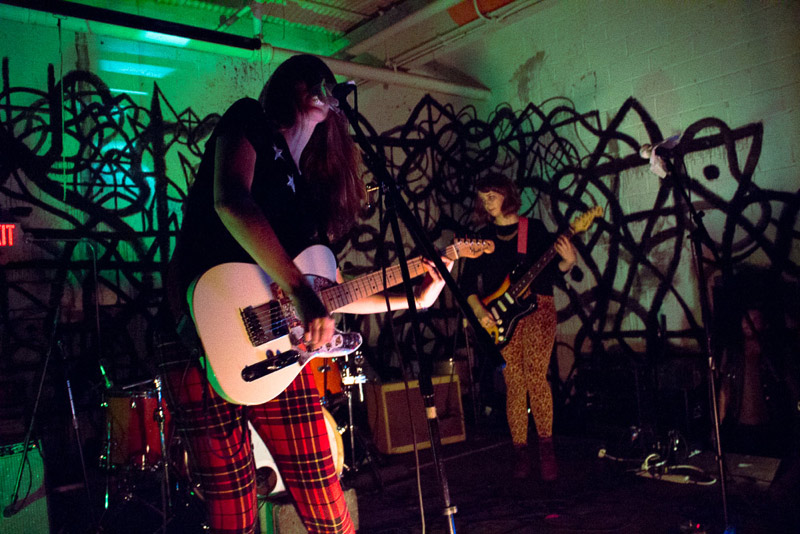 Click here for photos of Potty Mouth at CMJ 2013 in New York, NY in the QRO Concert Photo Gallery

Click here for photos of Potty Mouth at WNYU in New York, NY on February 16th, 2013 in the QRO Concert Photo Gallery

There’s something about Brooklyn’s warehouse-converted Kent Avenue venues that meshes perfectly with the philosophy surrounding indie and experimental music.  Maybe it’s the feeling of authenticity; that in these grimy, rundown buildings and warehouses, the spirit of the college radio lives on through bands hoping to make a break through performance in their musical lives.  This past Saturday, October 5th, that feeling was more than apparent at Potty Mouth’s record release show at the iconic 285 Kent Avenue. 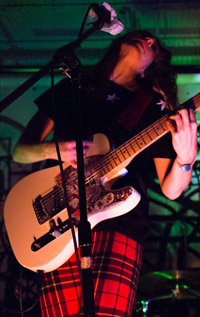 Within the graffiti and mural-covered walls, the four Western Mass college-aged girls took the stage to a playlist of sugary sweet power pop tunes.  “Thanks for playing all our favorite songs, you guys,” vocalist Abby Weems coquettishly mentioned to the sound tech.  The band spent only a minimal amount of time on soundcheck, a short, playful microphone “Test” and guitar strum or two, before starting the performance with a roar of distortion from the track “Hazardville”.  Weems, clad in red tartan tights, easily stole the crowd’s attention with emphatic movements of head banging her beanie off during “Kids,” to shredding distorted melodious riffs while on her knees during “The Gap”.   “Cause I’ve heard a million times / What’s gonna get your there,” she casually vented into the microphone, as the rest of the band backed her vocals with a melodic feel that made the Williamsburg audience powerless to the urge to, if not dance, at least make some movement.  Heads banged all around, and some members even did succumb to Potty Mouth’s melodies.  A fan around the age of 60 at the front found himself moving his hips to the tunes, which Weems and guitarist Phoebe Harris happily laughed, giving the elderly patron a thumbs-up. 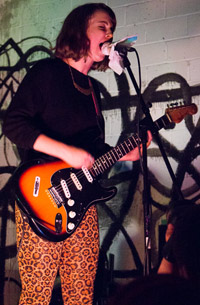 Closing the set, Weems took a step back and gave vocal duties to Harris.  In a much higher, whinier pitch, she bolted out the lyrics in a true grrl riot fashion to “The Better End”. “So you say you a mistake / Well you can eat my heartache.”  The vocals, a mix of discord and melody, easily captured the bittersweet sound that the band incorporates so skillfully into each track.  The instrumental jam breaks, alongside the slower, more powerful emotion behind the song, served as the perfect ending to the band’s set, leaving the crowd both mentally and musically satisfied. 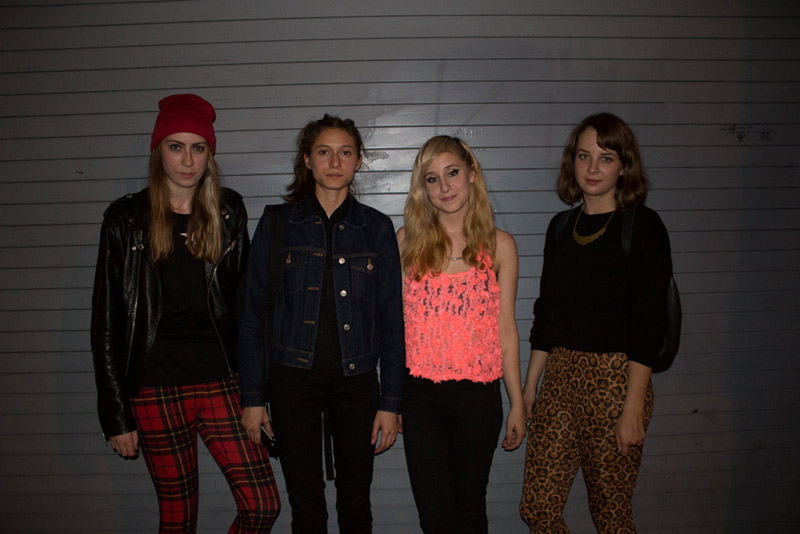 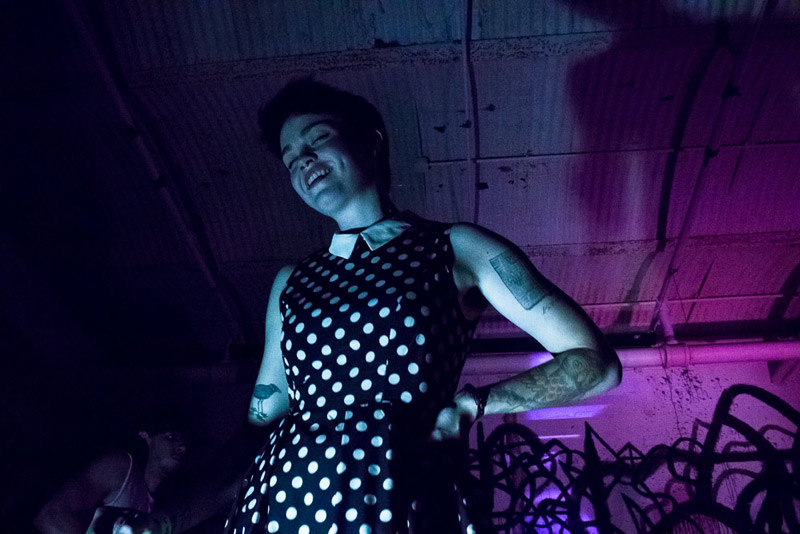 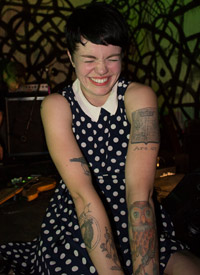 Although a handful of crowd members left after Potty Mouth exited the stage, the headlining act, Syrcause’s Perfect Pussy, was quite the experience.  Vocalist Meredith Graves, while miniscule in size compared to the rest of her bandmates, packed a ferocious auditory punch.  The short 20-minute set of distortion and noise, with brief traces of melodies, finally awoke the night’s much-awaited pit.  Crowd members punched, kicked, and shoved one another as the band ripped through track after track off its recent EP I have lost all desire for feeling.  When the band finally finished, all experienced the beautiful realization of silence.