'Pretty Woman: The Musical' celebrated the release of its soundtrack with cast & musical director Bryan Adams.... 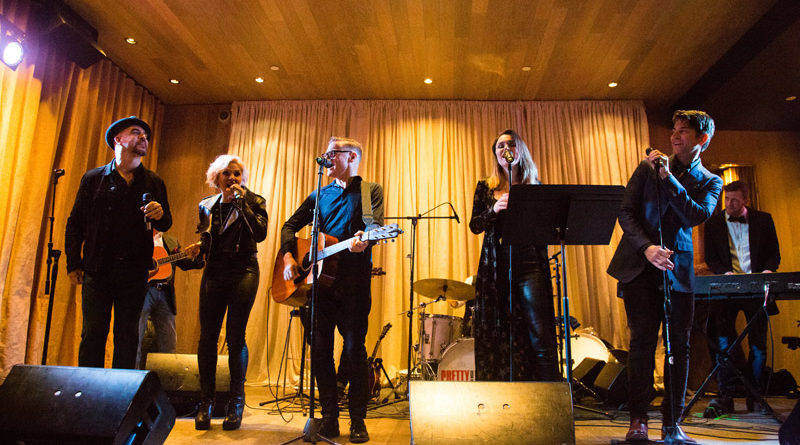 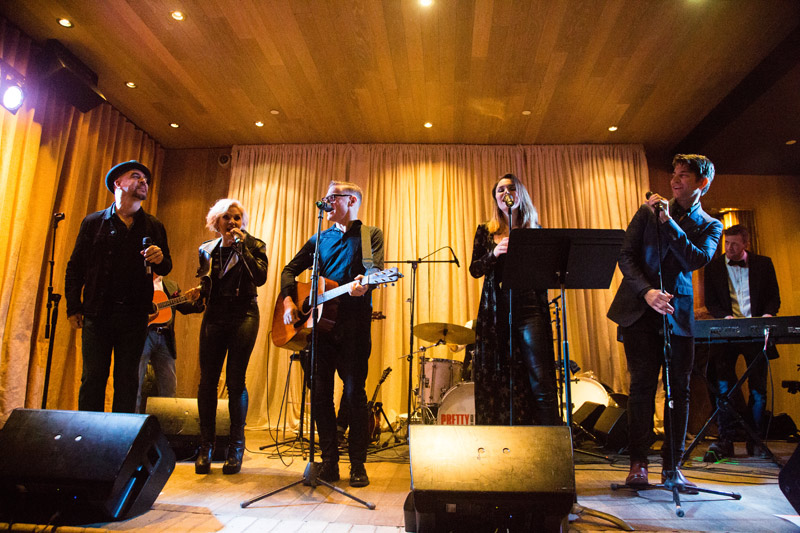 We all know Pretty Woman, the hit 1990 movie that made Julia Roberts the biggest female star of the time. Now it has been turned into a Broadway musical, with music by none other than Bryan Adams and Jim Vallance, and there was a release party for the Atlantic Records cast recording on Monday, October 15th at Nomo SoHo.

First things first, yes, it was a classy party, complete with classy open bar, classy hors d’oeuvres, and classy crowd. But what particularly stood out was that milling about among the folks were both the cast and Adams himself. It would have been easy for them to keep to their privileged side of the artist/fan divide, but instead there were chances for selfies. Indeed, even when the performances started, they would be in the crowd when not on stage. 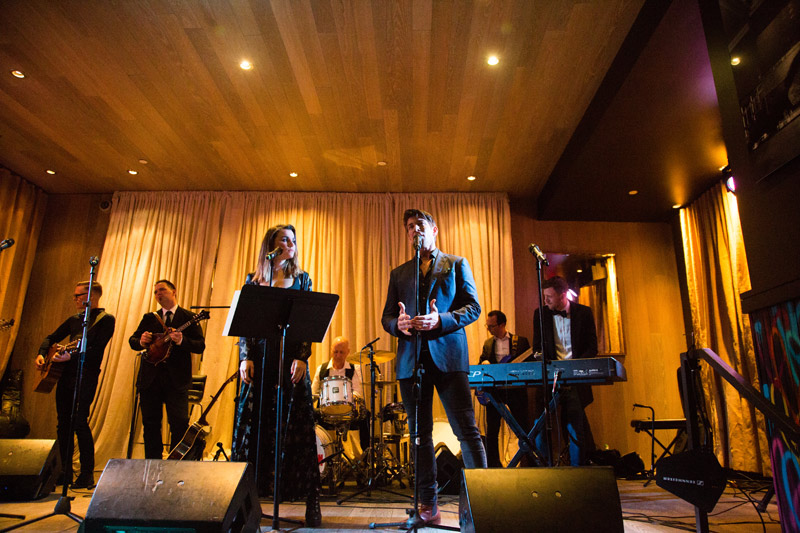 The performances included Samantha Barks as Vivian Ward (the Julia Roberts role) doing “Anywhere But Here”, Andy Karl as Edward Lewis (the Richard Gere role) doing “Freedom”, and Orfeh & Eric Anderson as Kit de Luca & Happy Man Barney Thompson (the Laura San Giacomo & Hector Elizondo roles) doing “Never Give Up On a Dream”. It was actually the last of those that particularly stood out, as up close one could note the pair’s strong handwork, in a blues-y number that required it. 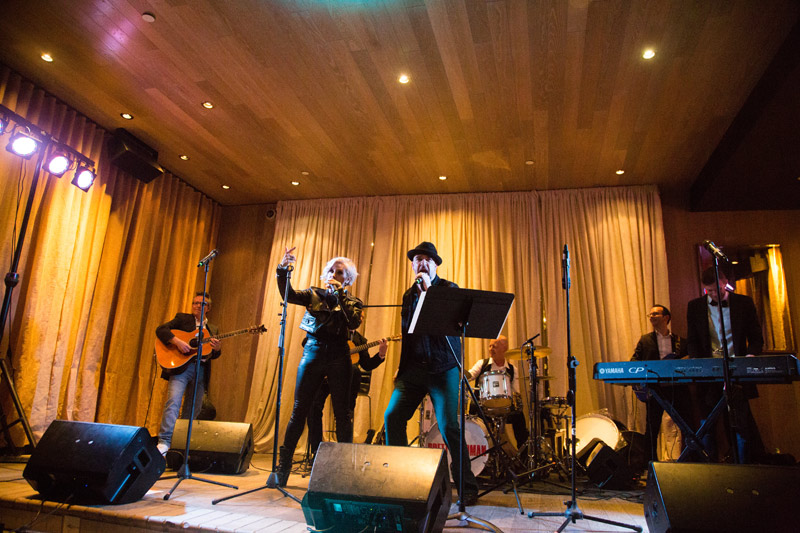 But of course one really wanted to see Bryan Adams himself. He did Edward’s “You and I”, joking that he had to learn the songs again, plus full company “Finale” with all of them. He also did his two best-known songs, both written with Vallance, “Cuts Like a Knife” and, yes of course, “Summer of ‘69”. One could joke that Adams is contractually require to play “Summer”, but he noted that it was the cast who really wanted to do it – and why wouldn’t they? And when would you ever get to see Adams do his big hit in such an intimate setting? 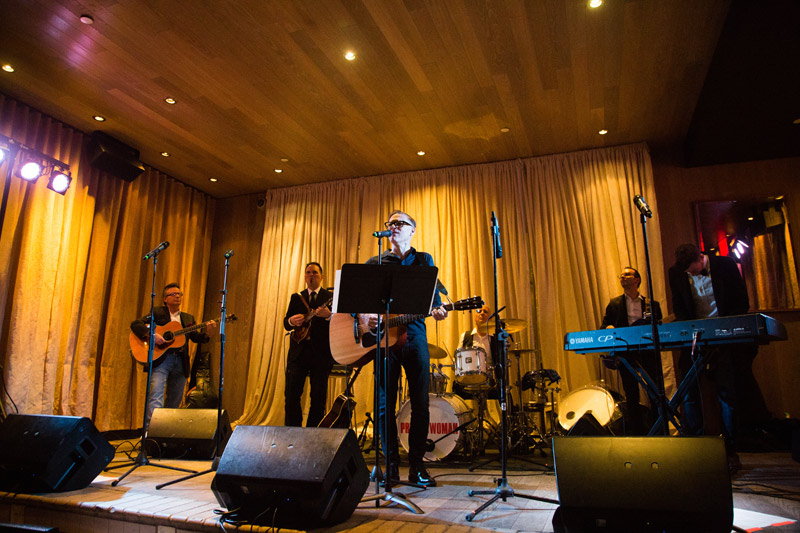 Barks and Karl look a little more like northern big city versions of Kristen Chenoweth & Harry Connick Jr. than Roberts & Gere – indeed, Barks only looks like a prostitute to the extent that Roberts looked like one, while Karl actually also resembles a young Adams (the actual Adams, with his grey hair and glasses, did appear old next to him, but still had his voice). But it was really neat to be so close that one could tell these sorts of things. 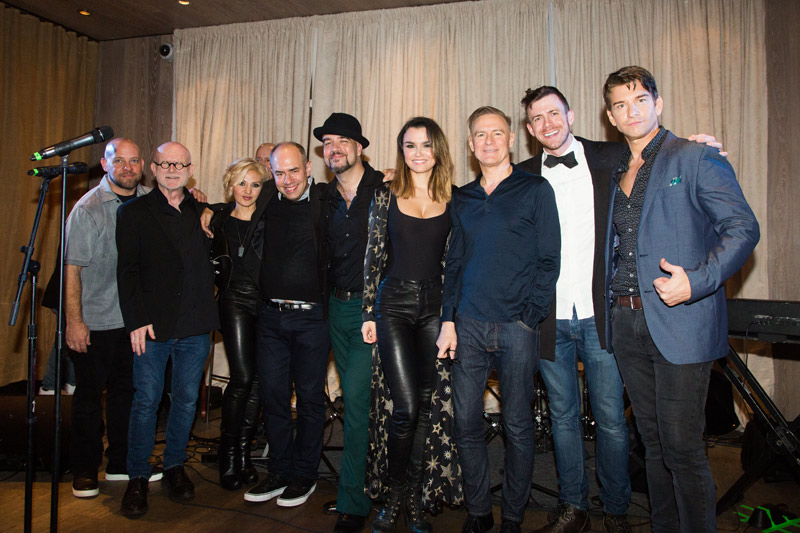