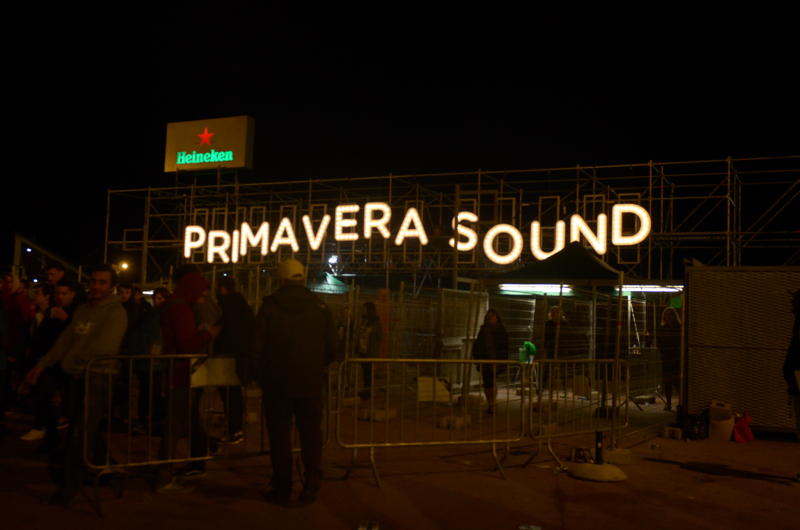 Once again we find ourselves at the end of spring and once again it’s the time for the Primavera Sound Festival in Barcelona, May 29th to 31st, arguably one of the very best (if not THE best) music festival in Europe, trying to mix the best of both worlds: The space of a big festival with a line-up that always looks for quality even though in the last years bigger and bigger names have been headlining it. 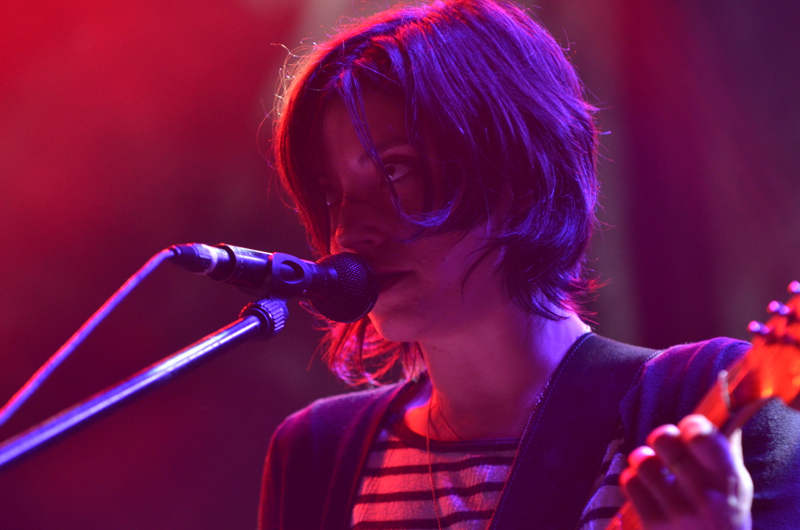 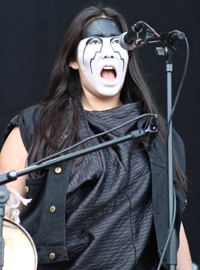 Local band The Last 3 Lines opened the program on Friday at the Ray-Ban venue. Their interpretation of garage rock and American psychedelia produces grandiose tracks like “Undisclosed Paths” or slow-burners such as “Home” that could put them in no time in the rock circuit of gigs of the US. Worth a listen.

Right before the storm came (and indeed it came) Yamantaka//Sonic Titan were another of the innovative offerings of the PS 2014. The Canadian duo had their line-up increased up to five members with the inclusion of guitars, keyboard and another singer/percussionist/multi-something. They really surprised the attendees with their artsy/tribal/enigmatic set in which pieces like “Whalesong” looked like they were made to call for the storm we suffered minutes after they finished. Keep an eye on them. 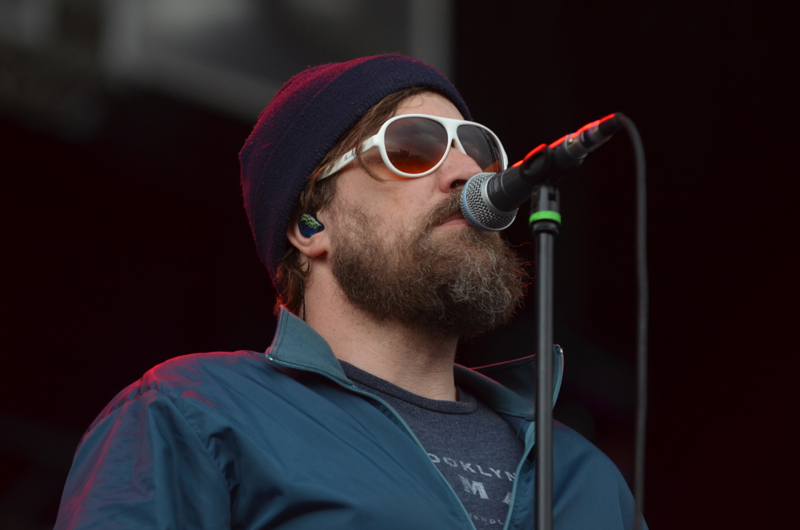 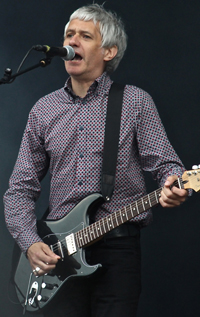 Then the rain came and we couldn’t properly check Drive-by-Truckers and The Wedding Present (good by all accounts in spite the lack of attendance), and also John Grant, whose set under the rain became one with the storm and confirmed that his attitude and poise are not abundant in today’s music at all. Then we headed to check one of the most uncomfortable bands in the festival, Loop. No question their noisy shoegaze paved the way to an incredible amount of bands in the ‘90s, but at times they seemed to be confused between reiteration and boredom. 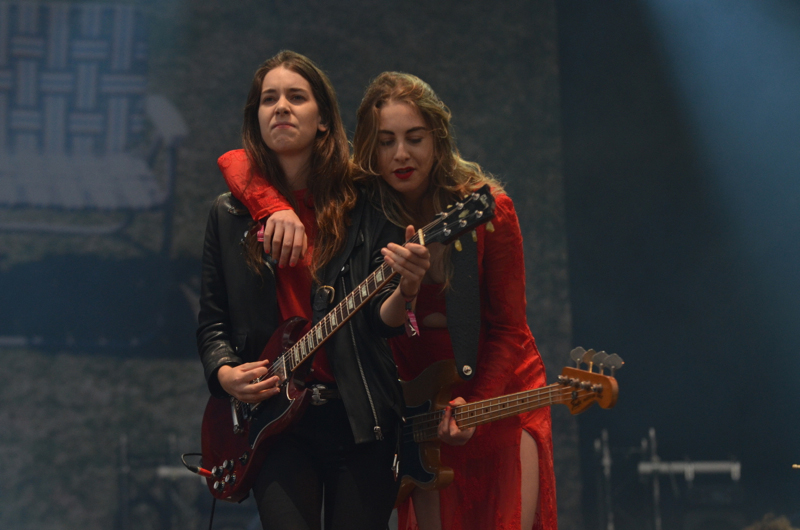 HAIM didn’t surprised at all. Yes, their set is the right one for a festival and their interaction with the audience makes things easier, but their spectre of music is so wide sometimes that even a couple of songs dangerously sounded like the most recognizable Miami Sound Machine of Gloria Estefan. So, thanks, but no thanks. 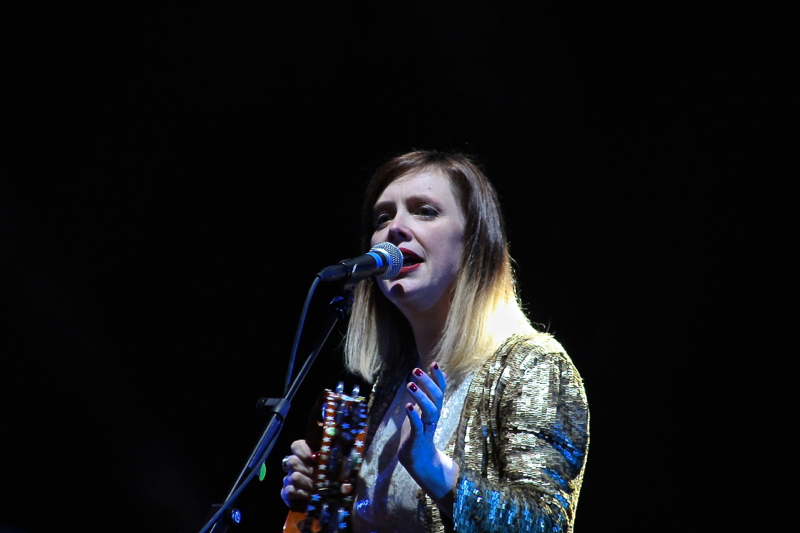 At the scream of ‘Halle-fu**ng-luja,’ Slowdive were greeted by an anxious audience at the Sony Stage. The British band suddenly reunited in late 2013 and in Barcelona they were the most atmospheric and emotional group in the whole PS 2014. Some of the most spacious songs clearly paved the way to some of their solo projects, like Neil Halstead’s Black Hearted Brother. Overwhelmed by the reception, the band dusted off classic of their repertoire like “Slowdive”, “Avalyn”, “Crazy For You”, “Catch the Breeze”, or “Machine Gun”. The grand finale with “Golden Hair”, which started with just Rachel Goswell’s voice, sealed a concert that will be long remembered for those who saw it, even though this may sound overblown… 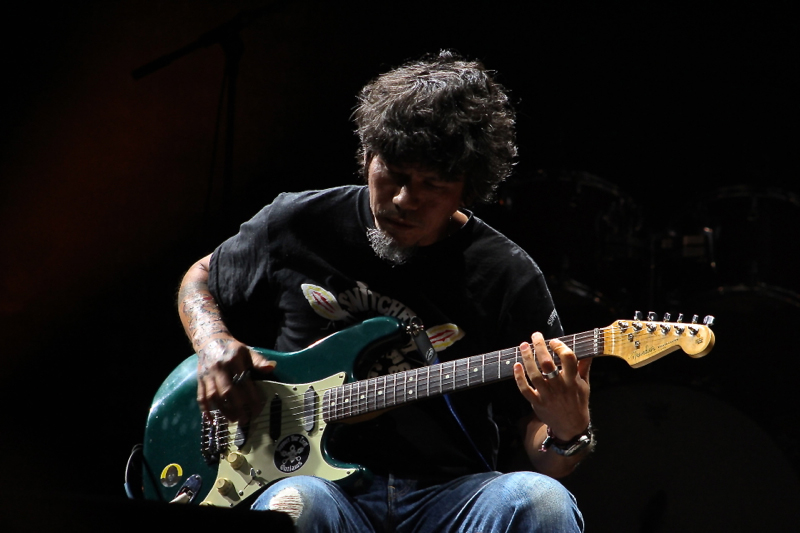 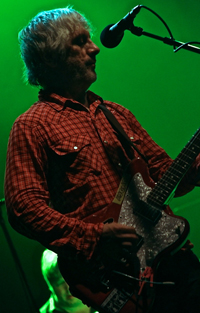 Did they really check into a mental hospital after they split? It seems it was a legend but Slint, reunited to celebrate the 20th anniversary of their final EP and the re-edition of Spiderland, showed time never seem to pass by for them. It all sounded true, with no unnecessary effects or tricks or subterfuges. Terrifying at times, tense all the way through, if one thing we all seemed to feel was the sheer melancholy and angst in all their songs, like they realized long ago resistance is futile.

In record, at least his first, Lee Ranaldo was very good. But live he seems he’s playing songs that could’ve been in any of the Sonic Youth records since A Thousand Leaves and that means tunes that mostly sound like b-sides. A real pity to see one of the two best guitarists in the world (according to some pubs) do just that. 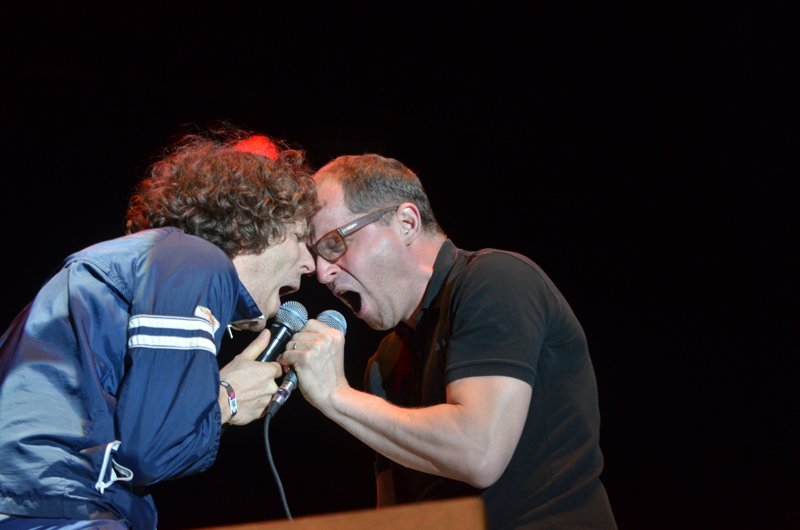 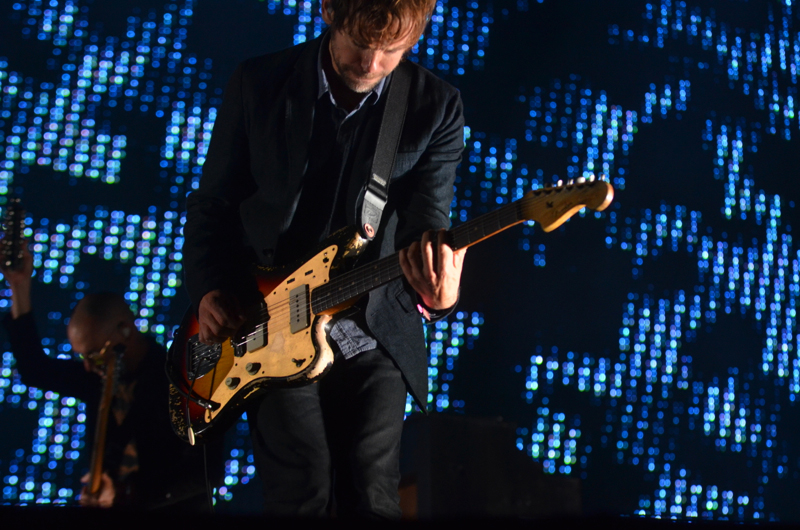 In other gigs, The National offered what it was according to all accounts, an explosive set backed by great visuals that helped them take off the label of not being energetic enough; Deafheaven proved they’re a sonic steamroller even though their live set takes the subtlety out of their tunes; Pixies were good… again; and Doctor John was just correct. 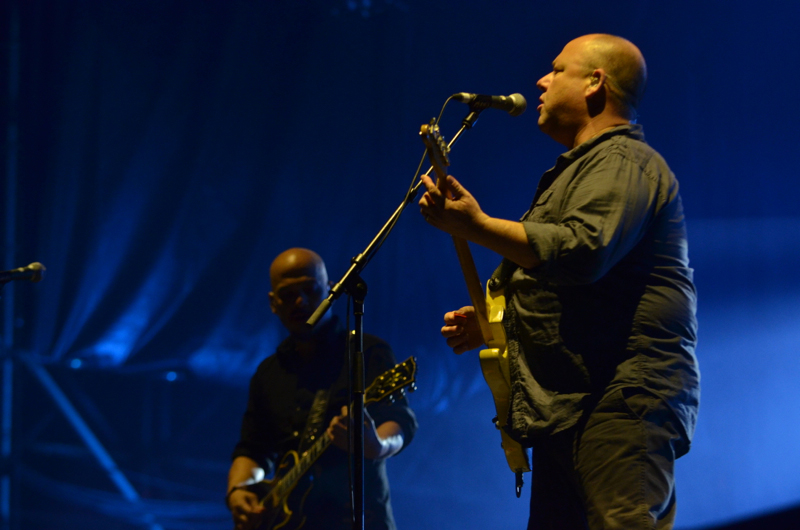