Thursday started quietly and pleasantly. At the Auditorium, Bridget St. John debuted at the PS with a repertoire of her own compositions and some tributes to Bob Dylan or Joni Mitchell. Political, bucolic, pleasant, St. John was a soothing balm, a lesson in history of folk. 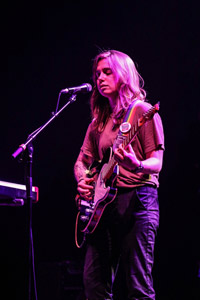 Then, Julien Baker displayed a set based on melancholic and rather repetitive set of tunes. She tried to balance the gig with songs of her latest record, Turn On The Lights, and her debut record, but her problem was that she always played the same kind of song, always sang in the same high-pitch way and always used the same guitar tricks to create atmosphere. Fake stone pop.

Soccer Mommy were a ‘without pin or glory’ interlude before Stephen Malkmus & The Jicks. The Pavement ex-frontman and his band started in an electric way but soon filled the Primavera stage – the biggest one, if we don’t count the ‘Mordor’ ones, were the really big artists play at the PS – with slower and blander songs such as “Solid Silk”. Surprisingly boring. 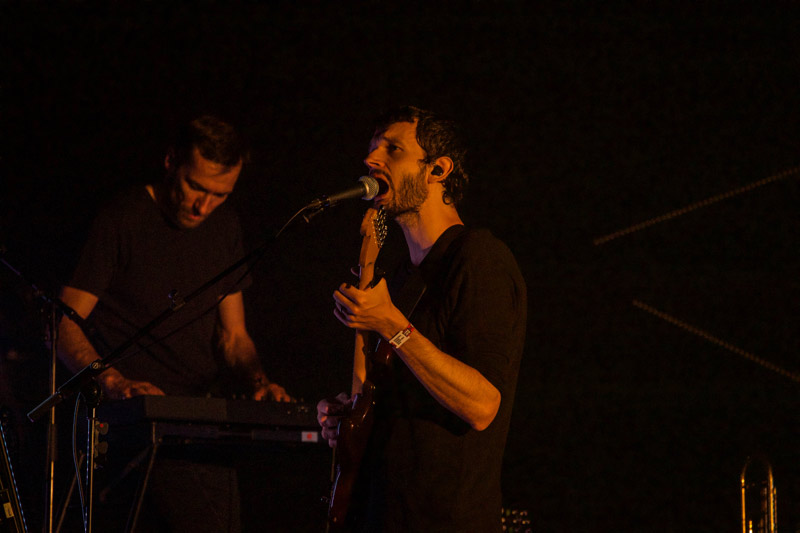 Then, finally, a really good concert. At the Auditorium, Apparat returned to the fore with a new project, LP5, in which Sascha Ring keeps pushing the boundaries of the electronic-tinged pop he offered in Devil’s Walk, back in 2012. This time, pieces like “Dawan” were presented to an audience avid to know what the Berliner was on at the moment. Only in some specific moments, the music seems to loose focus, but all in all Ring is back with emotional, epic, expansive music that as he said plays more in structures and details than the melodies found in Devil’s Walk. But remember, Ring’s records tend to sound very different to the live experience. And LP5, his new opus, is not different.

Guided by Voices are one of those veteran bands you have to watch live at least once in your life to understand why titans like R.E.M. or indie pop favourites Nada Surf come from. After cancelling their gig of 2017 at the PS, an energetic set saw the band play 30 songs in 75 minutes, going back and forth their career with tunes like “Motor Away”, “The Rally Boys”, “I Am A Tree” or “Teenage FBI”. Definitely worthy live.

And our night was capped by Denmark’s Myrkur. Her take on black metal was surprisingly accessible, and there was something amusing in seeing her glowing with her pregnancy discuss the lack of sound onstage with the technician. Now seriously, a fluid set of songs that ranged from pure and simple black metal to some others showing a sort of accessibility was refreshing to see in a festival lost in urban outfits.

Elsewhere, Mac DeMarco was less energetic than his last visit in 2017, but good, for those who like him; Courtney Barnett was pretty convincing with her “what you see is what you get” attitude; Interpol were not surprising, but solid nonetheless; and Erykah Badu was pretty linear, but more reliable than many.