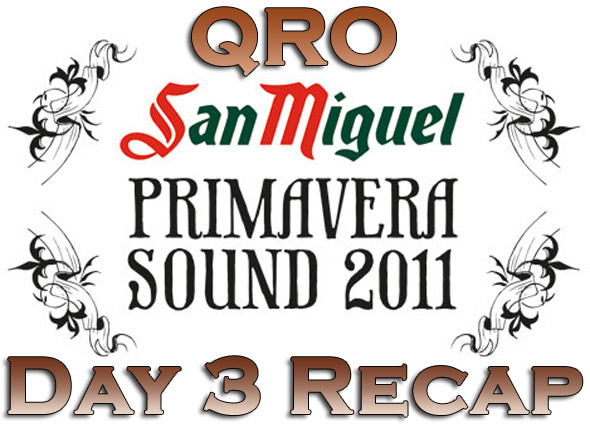 Click here for QRO’s review of Sufjan Stevens at Albert Schnitzer Hall in Portland, OR on October 29th, 2010

We couldn’t get into the Rockdelux Stage, formerly known as what it really is, the Auditorium, to watch Sufjan Stevens, but some contributors who could told us it was, to use a Spanish term, the most Martian (the most eccentric) of them all.  It was not only a gig, it was a performance, a party, a one-man show, all in one with projections, two drummers, dancers, the whole pack.  Songs like “Get Real, Get Right” or the 25-minute epic “Impossible Soul” were just two pieces of an incredible puzzle the artist who was brought up thinking he was an alien displayed onstage.  Whether you liked it or not, it didn’t leave you indifferent. 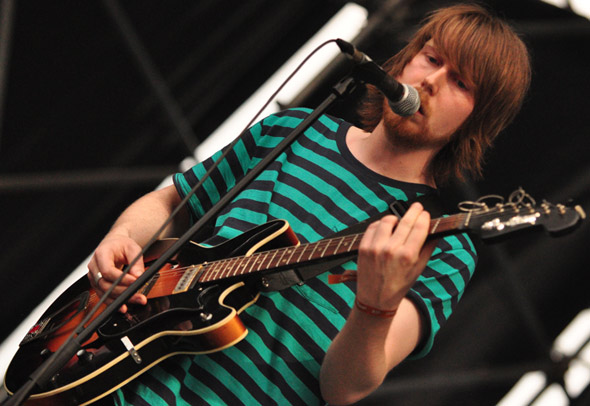 QRO’s interview with Scott Devendorf of The National

Photos of The National at Camp Pequeno in Lisbon, Portugal on May 24th, 2011

Photos of The National at Colisue do Porto in Oporto, Portugal on May 23rd, 2011

Photos of The National at Cirkus in Stockholm, Swden on March 1st, 2011

Photos of The National at Mejeret in Lund, Sweden on February 28th, 2011

Photos of The National at 2010 Crossing Borders Festival in den Haag, Netherlands

Photos of The National at 2010 Treasure Island Music Festival in San Francisco, CA

Photos of The National at Music Fest NW 2010 in Portland, OR

Photos of The National at 2010 Haldern Pop Festival in Rees-Haldern, Germany

Click here for photos of Male Bonding at Artch in London, U.K. on December 17th, 2010 in the QRO Concert Photo Gallery

Click here for photos of Male Bonding at Bowery Ballroom in New York, NY on September 29th, 2010 in the QRO Concert Photo Gallery

Click here for photos of Male Bonding at 2010 Music Fest NW in Portland, OR in the QRO Concert Photo Gallery

Back to earth and to the Pitchfork Stage, London’s Male Bonding played a vigorous set reminiscent of the Ramones and No Age (QRO live review) that included a cover, “Radiant Vibes” by Fountains of Wayne (QRO photos).  Wolf People invaded the ATP stage with their ‘70s noisy rock and solid stage presence right before The National took over the Twilight Zone Llevant Stage.  The Americans 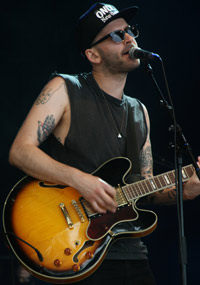 played a solid set, the usual in them, but they also tried to go beyond that, trying to bond with the audience by letting Matt Berninger jumping offstage or playing more electric versions of their classic songs.  And despite the fact that their success remains a mystery to yours truly, the audience seemed to enjoy the gig, in spite of the evident sound problems and the excess of attendants. 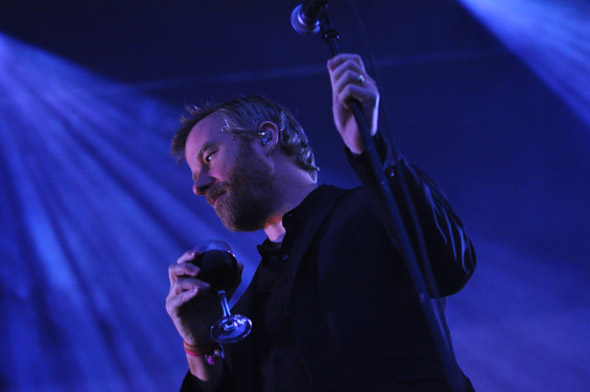 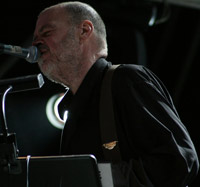 But the night had a lot more to offer.  Classic avant-garde combo Pere Ubu gave the audience one of the very best concerts of the 2011 PS.  They based the gig on their debut record, The Annotated Modern Dance, the guys from Cleveland, fronted by David Thomas and his ironic view on his old self and the world around him, injected new life on all tracks thanks to a very tight and powerful rhythm section.  Pataphysics, a hipflask and the self-conscience that Thomas has aged and the best thing he can do is to be self-critical built a very good alternative to the aforementioned The National, as they coincided in the PS schedule. 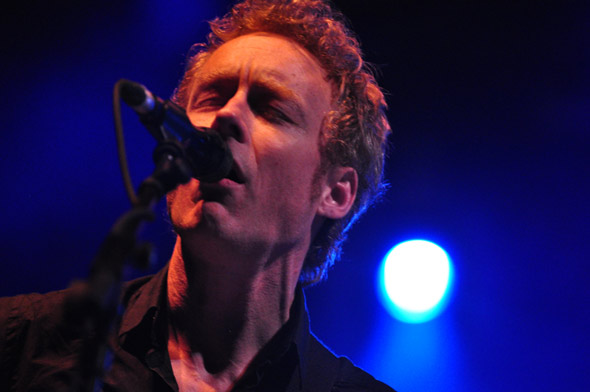 Click here for photos of Explosions In the Sky at Chastain Park in Atlanta, GA on August 26th, 2009 in the QRO Cocnert Photo Gallery

Click here for photos of Explosions In the Sky at 2007 Langerado Festival in Miami, FL in the QRO Concert Photo Gallery

“THIS SONG IS ABOUT THE SPANISH REVOLUTION!”  Low dedicated their first song, “Nothing But Heart” to the Spanish movement of the 15th of March that appeared in most Spanish cities demanding the end of the current economic situation and a new politic, social and civil order through peaceful demonstrations and camps that in the case of Barcelona and other cities ended abruptly that Friday morning when the Catalan police entered by force the protestants camp, a maneuver that ended in a very violent clash.  Back to the music, Low, now joined by Retribution Gospel Choir’s drummer Eric Pollard on keyboards, offered a set full of sensibility, 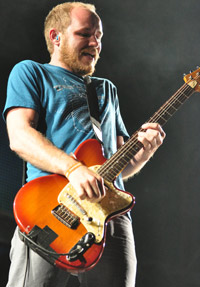 tenderness, nostalgia and a sort of optimism that included other tunes as “You See Everything”, “Witches” or “Murderer” that rocked (in the sensible and quiet sense) the 3000 people who gathered around the ATP Stage.  Another bunch of chaps that rocked (now in the vigorous sense) were Explosions In the Sky.  The Texans still walk their oneiric, epic, and sonic path but still know how to move the audience, not letting their songs to get lost in a maze of distortion and noise.  Dense and emotional, the Explosions showed once again that they can both play in a small venue or a big festival and be equally effective in both. 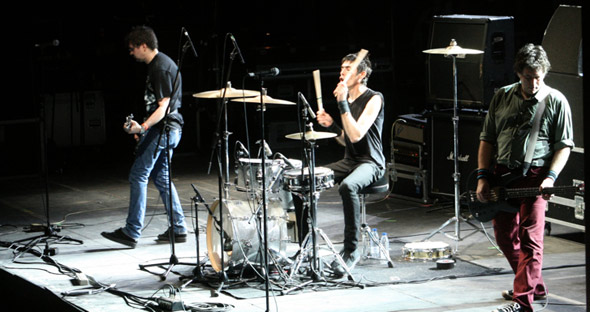 Click here for photos of Deerhunter at 2011 Sasquatch! Music Festival in George, WA

Click here for photos of Deerhunter at secret show in Chicago, IL on September 25th, 2010

Click here for photos of Deerhunter at 2010 All Tomorrow’s Parties in Minehead, U.K. 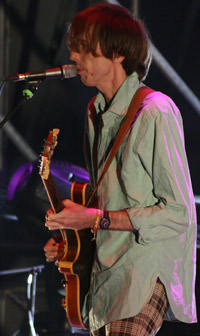 “Can you hear me now?  I got my radio on!”  Shellac are the golden residents of the PS.  Since their first visit to the PS, in 2006, they have played every year except 2007.  And they still play the same sort of set where most of the songs are the same, reproducing some of the same gags, even it seems Steve Albini wears the same clothes year after year… But it still works!!  It amazingly works!!  Their secret formula never fails, it keeps gathering a loyal and big following, and it keeps on entertaining and making people think.  Amazing!  And at the same time, Deerhunter, right there, in the Twilight Zone stage, developed a fantastic set of dream pop, with dense atmospheres, catchy choruses and eternal songs like “Revival” and “Helicopter” that left them in a much better position than their previous visit, in 2009 when they presented Microcastle (QRO review) and it was evident they still needed to develop their melodic side.  Another great gig in the 2011 PS. 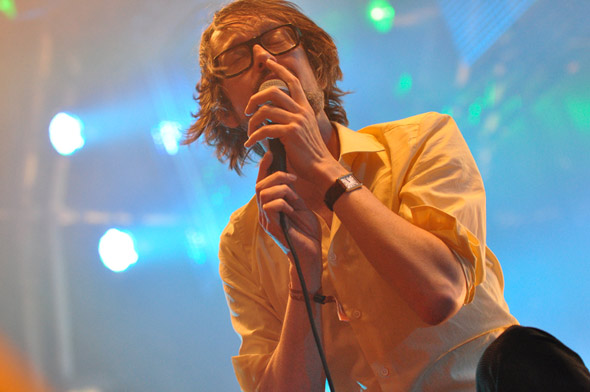 Headliners Pulp gave a retrospective concert, with many hits like “Pencil Skirt”, “Disco 2000” or the inevitable “Common People” that ended the show, showing that there was much more to the Britpop movement that two stupid brothers or a mediocre singer and melody maker.  Jarvis Cocker, ever the strange, funny and ironic gentleman still knows how to fill a stage and was precisely that, gentle with the Barcelonan audience he knows so well.  The intensity fluctuated but the band still keep their craft, after all. 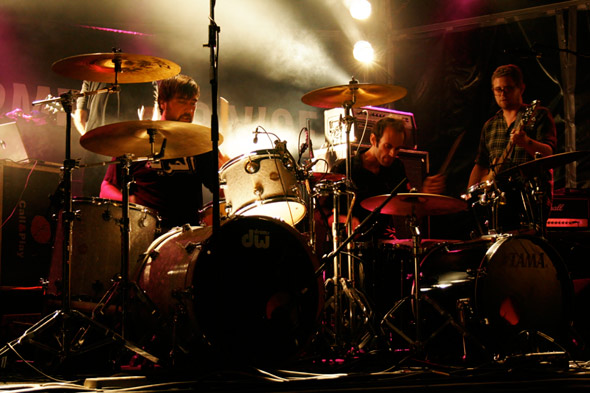 And the day ended with a very pleasant surprise.  Veteran Chicago musicians Del Rey were the last band to inhabit the Jäegermeister Stage at 3am.  Skilful like Tortoise (QRO live review), deep like Red Sparowes, blunt like 65 days of static and angry like Mogwai (QRO live review), the sextet were a true and real sonic steamroller, with different instrument changes and a much defined will to destroy the myth that instrumental music is repetitive.  They deserved a bigger stage to play but they earned the right to be remembered more than any other band around. 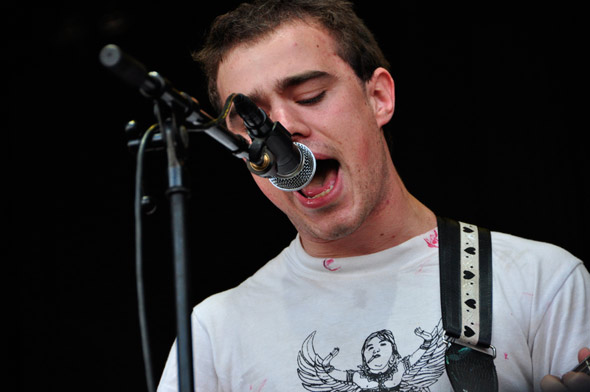 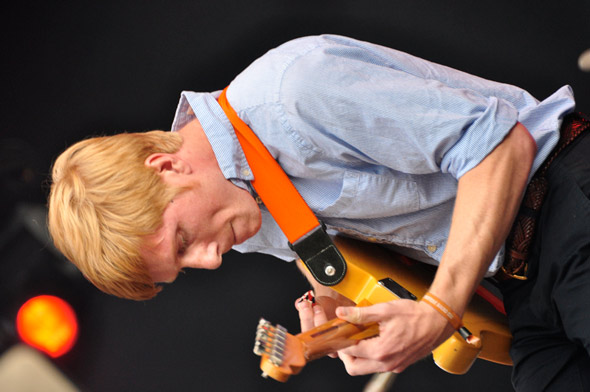 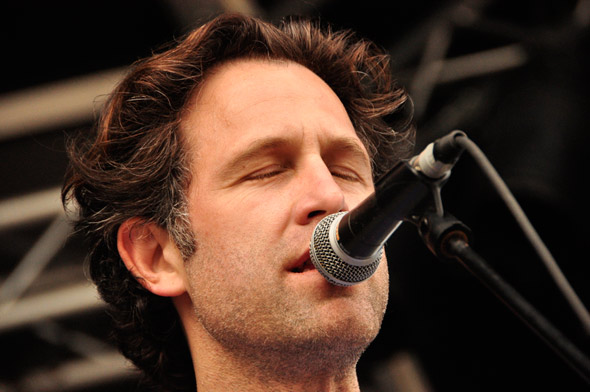 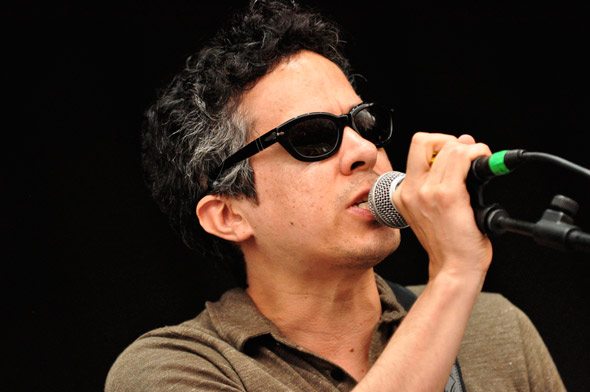 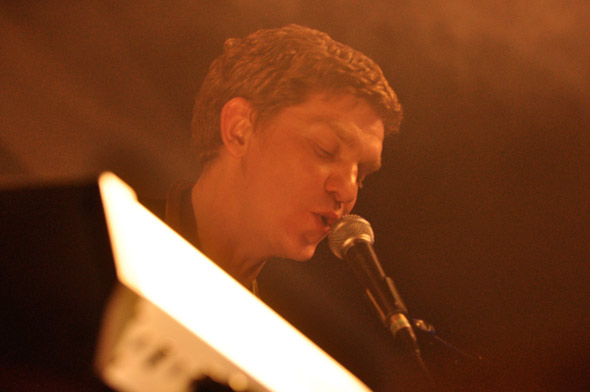 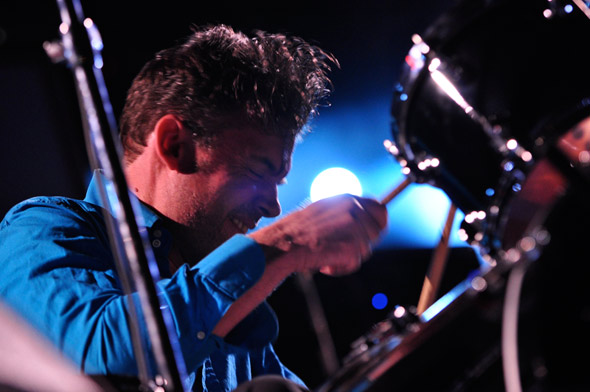 Okkervil River : I Am Very Far