Project Pabst landed in Atlanta, this time with the Pabst horse statue made up of PBR cans!...

On Saturday, October 7th, Project Pabst landed in Atlanta, this time with the Pabst horse statue made up of PBR cans! The size of the festival shrunk in size to include only about one half a city block, whereas last year it included most of East Atlanta Village (EAV). The main entry was near The EARL, where many local bands played. Some also played the 99X stage in The EARL parking lot. 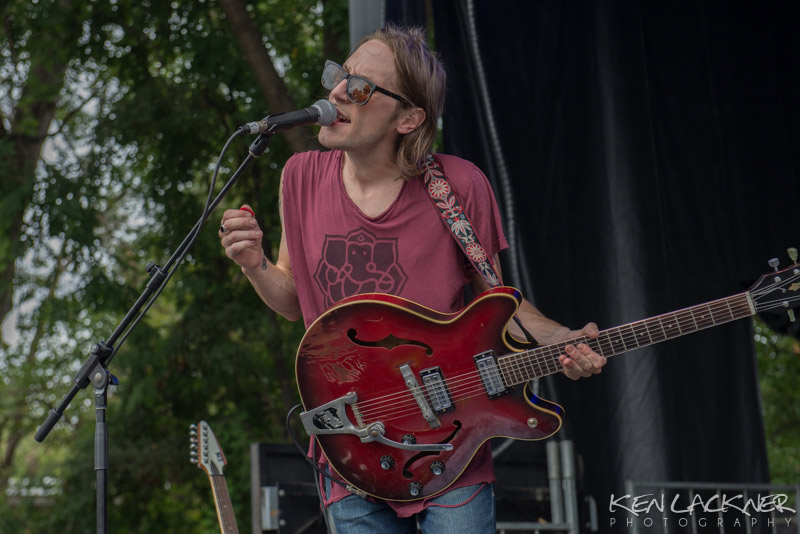 The new A Drug Called Tradition featured singer-guitarist Bon Allinson leading the band in a slow groove that sounded like shoegaze. The music sounded very dreamy because of slowly sighing background vocals by bassist Asha Lakra. The trio was rounded out by Pumakawa “Puma” Navarro, formerly of Abby Gogo. They were a great side stage act. 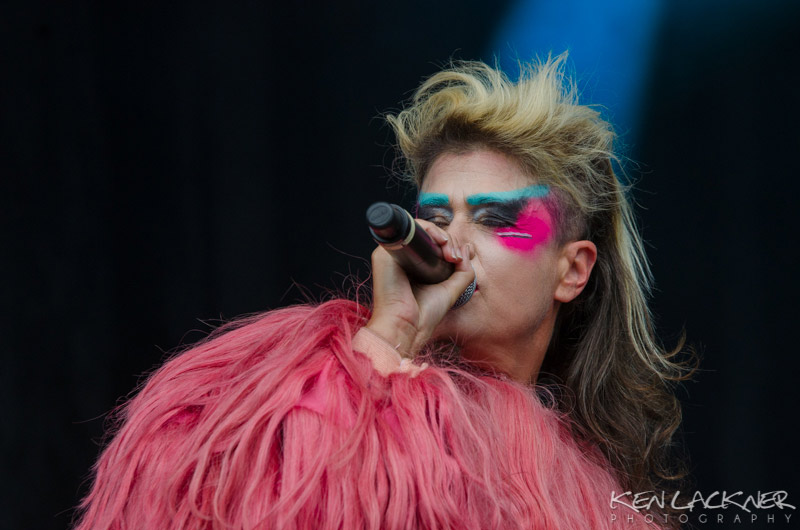 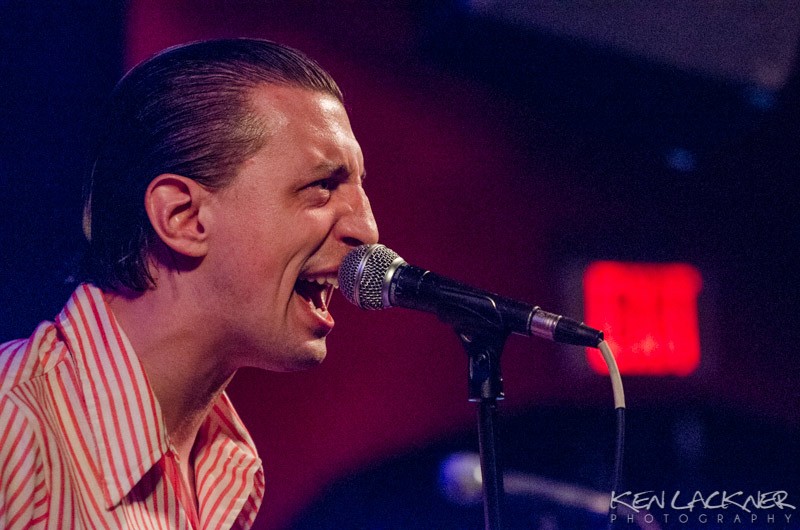 Gentleman Jesse & His Men are a band from Atlanta that is high in entertainment value! The band played inside the EARL with static lighting in blue and red, but their songs got people dancing! Gentleman Jesse’s barking, snappy upbeat vocal style and Rickenbacker playing delivered power pop that ranged in style from almost rockabilly to fast beats that The Clash could have delivered. One song even had heavy keyboard that sounded like a Hammond organ. Let’s hope there are more years of music to come from this Atlanta institution. 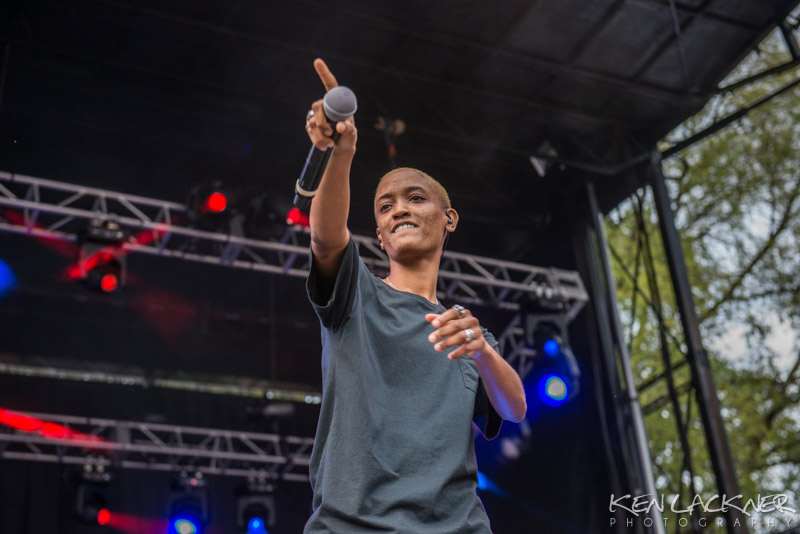 The only band to repeat from last year (QRO ’16 photos), The Internet played their cool soul and hip-hop to an audience of about 300. The sound was much better and Syd Tha Kyd & co. seemed more comfortable than when they played the smaller stage last year. Their star is on the rise. 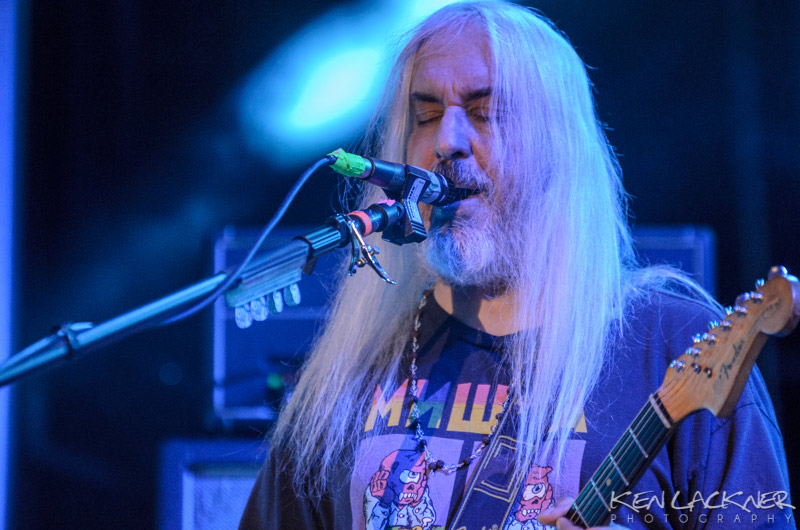 Although Dinosaur Jr’s leader J Mascis’ hair has turned a bright silverish-gray and his solos were toned down from years back, he still brought wonderfully clear vocals and precisely timed music that anyone that lived in or has listened to music from the ‘90s could appreciate. The band still rocked the original trio with Mascis, Lou Barlow (also of Sebadoh), and Murph. The set was tight and there was a mix of chill and danceable tunes, songs old and new, and a cover of The Cure’s “(Friday I’m in Love)”. They were in a perfect time slot near sunset. 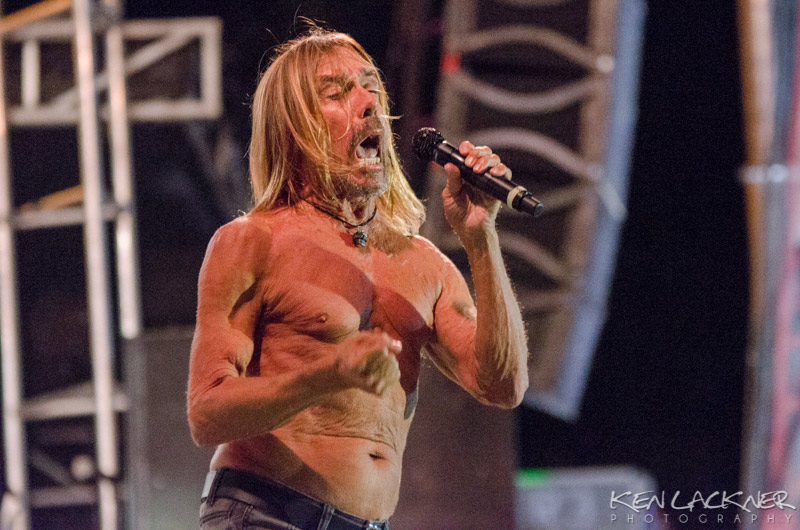 Iggy Pop was ready for a good time!

Not showing his age of 70, Pop pretty much did a bodybuilding and stretch/tone session on stage — there was constant posing and showing off his muscles — for around 30 minutes. Amazing! After a lot of high-energy songs, he took a break to sing “Nightclubbing” sitting in a low lounge chair. Then he was up again, playing songs from his solo career and The Stooges’ catalog. At the start of one song, he stated, “When I was 21 it was a very good year… it was 1969.” His energy and his vocals show no signs of giving up until he decides he can’t come out swinging! 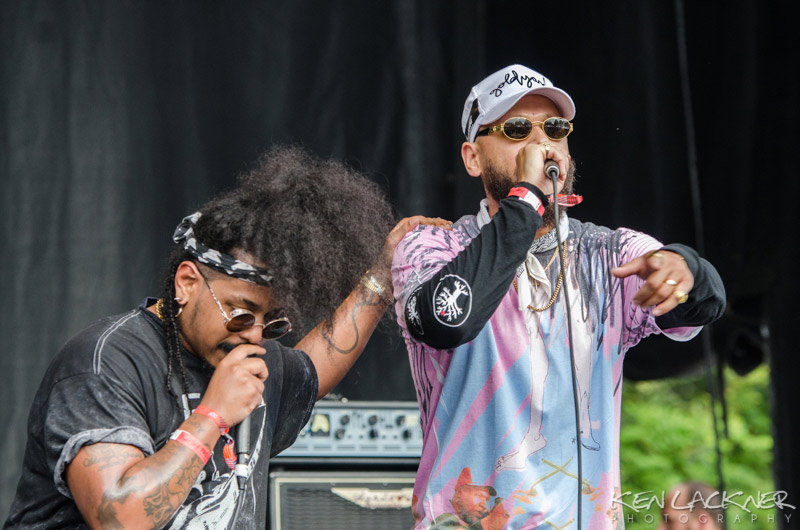