After MusicFestNW’s 15th year operating in Portland and two summers of hosting a solo festival, and Pabst Project’s third time hosting their own music fest in Portland, it was... 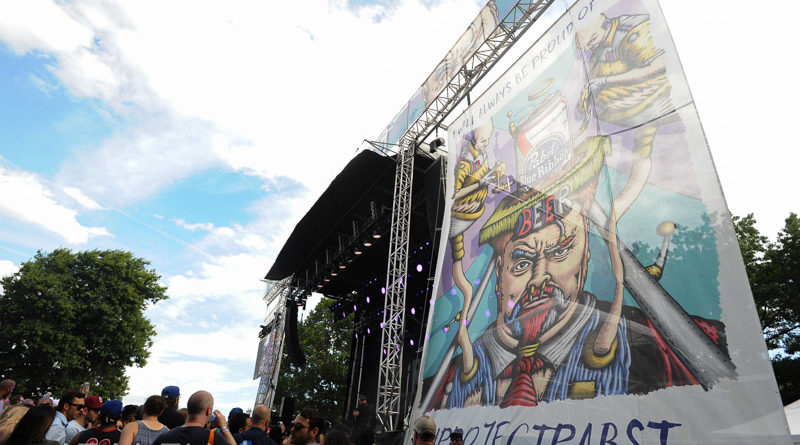 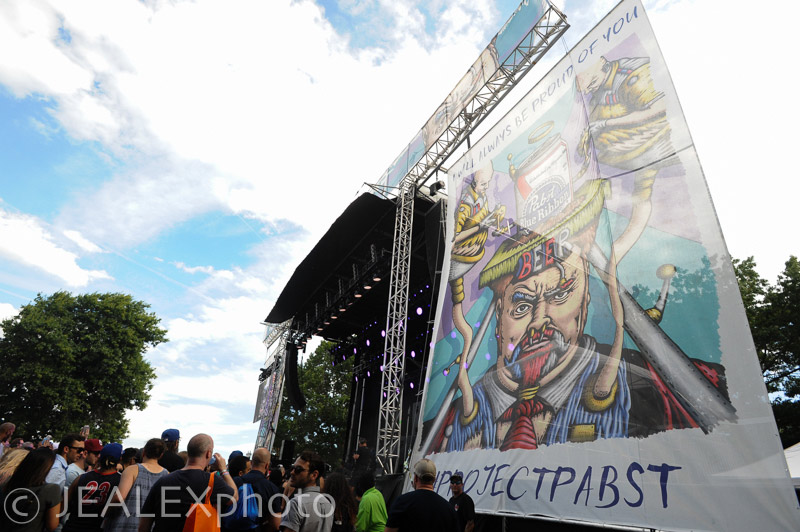 After MusicFestNW’s 15th year operating in Portland and two summers of hosting a solo festival, and Pabst Project’s third time hosting their own music fest in Portland, it was great to see the two join forces and throw at festival together, Saturday & Sunday, August 27th & 28th. Sure, there were probably doubts about the kind of acts one might see on this joint fest. But one thing was for certain, MusicFestNW’s booker Trevor Solomon along with the Pabst team made sure that only the best lineup happened for their inaugural festival together. 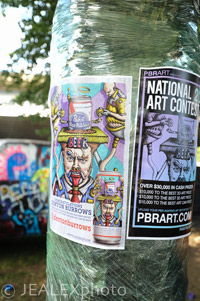 It’s interesting to note that with this two-day festival format, each day took on particular vibe based on the primary genre that was booked: Saturday appealed to the hip-hop fans while Sunday appealed more to the psych-garage and punk crowd. While both days sold out the week of the festival, it’s not difficult to imagine with a $99 two-day ticket price (early bird pricing was a bargain for $75), that the festival probably could have sold out sooner had people realized the true value of their festival ticket.

Affordable festival entrance wasn’t the only thing that could be found at Tom McCall Waterfront Park; PBRs (the obvious festival beer of choice) could be found for a mere $3 a tallboy and none of the band merch or festival merch topped $35. Even the food offerings bordered on “cheap” and throw in the free arcade games, filtered water, kettle chips, Ben & Jerry’s ice cream and cold brew coffee samples, one could easily see this is one of the ‘best value for your festival dollar’ festivals.

The lineup was all-around solid: Saturday saw the likes of Kyle Craft, The Coathangers, Liv Warfield, Andrew W.K., A$AP FERG, STRFKR, Nathaniel Rateliff & The Nightsweats, Ice Cube and Duran Duran. Sunday saw the likes of Tenement, Diarrhea Planet, Hop Along, Sheer Mag, Parquet Courts, Unknown Mortal Orchestra, Drive Like Jehu, Ween and Tame Impala. With a conservative footprint of only two stages and absolutely no musical overlap, this festival was perfect for getting from the Unicorn Stage to the Captain Pabst stage in about five minutes, which was absolutely refreshing versus every other festival, ever. 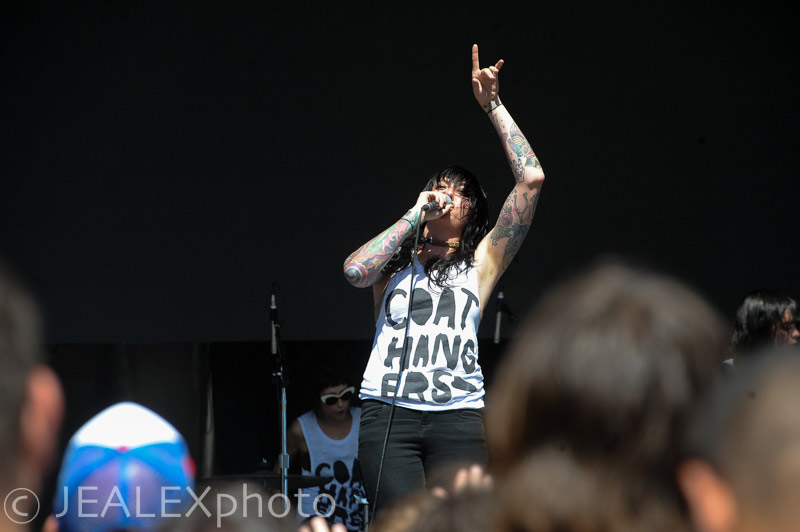 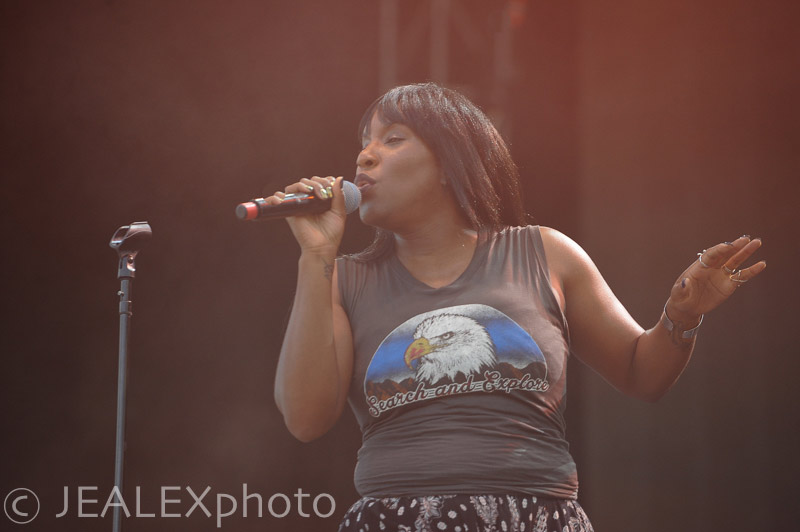 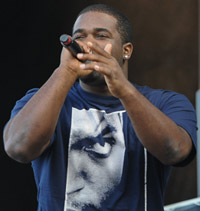 Liv Warfield, a last minute replacement for Lizzo, was arguably the most pleasant surprise of the weekend; Portlanders know her as being a local staple to the hip-hop scene since her work with the late Prince. Her Tina Turner-esque vibe and sass made her exactly the act we needed to get the day started. Andrew W.K. is perpetually a crowd favorite, in which the audience is usually quick to pump their fists in unison to the many memorable lyrics Andrew W.K. has. A$AP Ferg was largely met with much anticipation – we can’t wait to see him again. 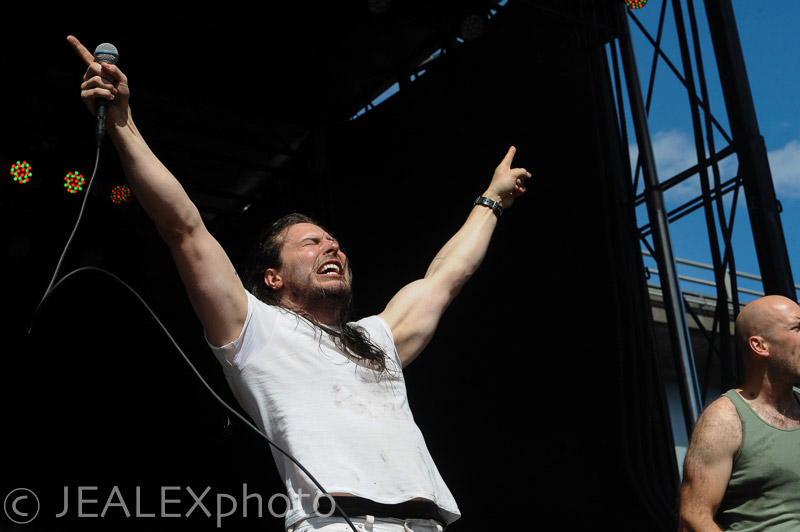 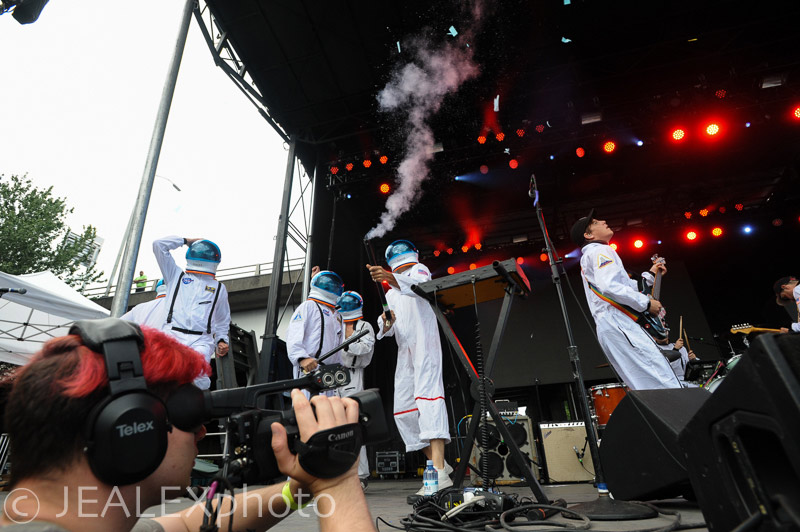 The great selling point about a Portland music festival at the end of August, besides usually having very pleasant weather, is the large attendance of local performing bands; Pabst’s festival did not disappoint. STRFKR showed us they were a hometown favorite, and their homage to NASA (complete with full astronaut suits and popping streamers) really took the festival – and their performance – to the next level. 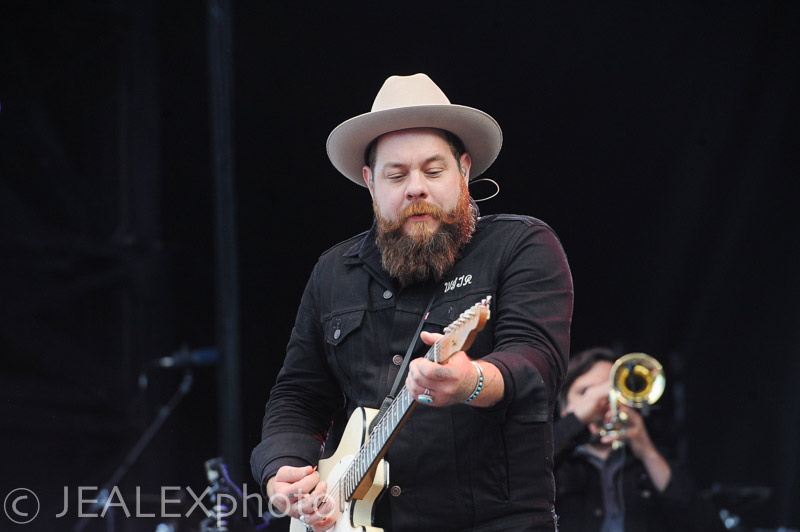 Nathaniel Rateliff & The Nightsweats put out more energy that anyone else that day and by the time Ice Cube went on stage, there wasn’t a single person was sitting down and passively taking in the show. Of course with hits such as “Fuck the Police” and “Natural Born Killaz,” how can people not take him serious? “Some of ya’ll just came to see if I was still just all Disney, huh?” retorted Ice Cube. Surely after his set, no one had any doubts that the 47-year-old Rock and Roll Hall of Famer still has it. 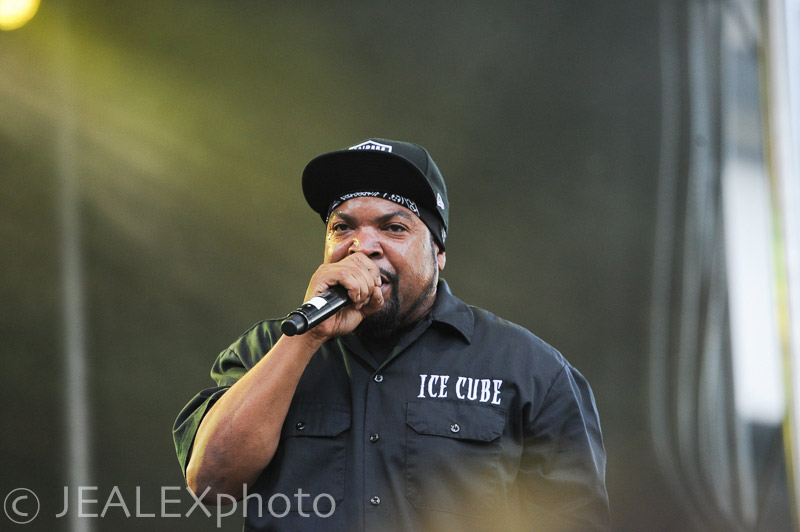 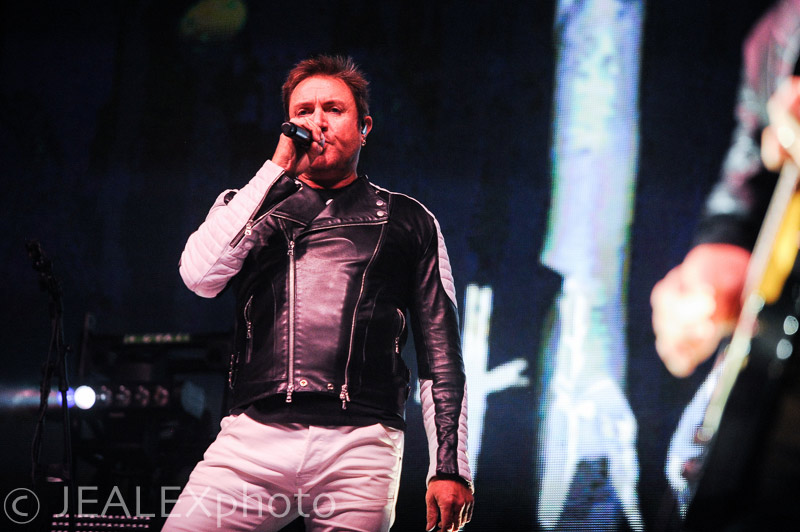 Duran Duran closed out the night with the largely older crowd singing along to every song off various albums, all the way from their first release, Duran Duran, to 2015’s Paper Gods. Having personally not listened to their newest release prior to the festival, it was exciting to hear the newer songs that stood up just as strongly to the crowd as the likes of “Hungry Like the Wolf” and “Girls on Film.” 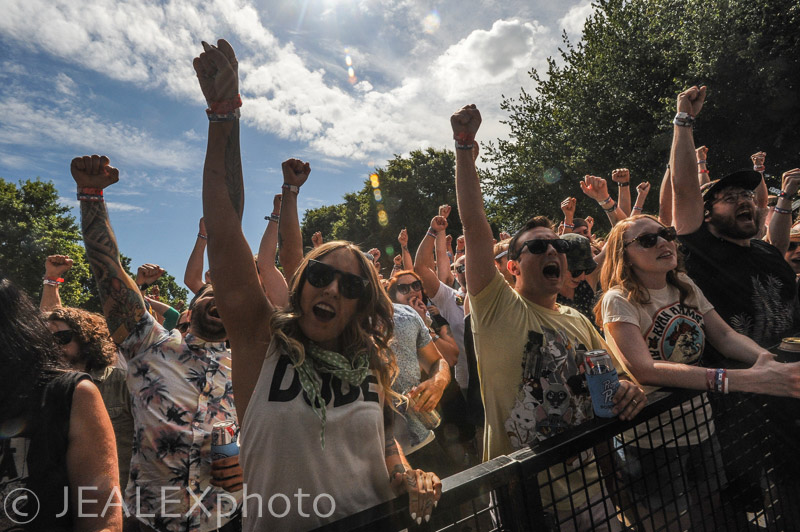 Day Two was just as warm as Day One, with temperatures lingering in the upper 80s most of the day. While shade seemed to be at a premium, much of the earlier crowds found refuge in the air-conditioned arcade or even amongst the few shade trees found along the perimeter of the inside of the festival. 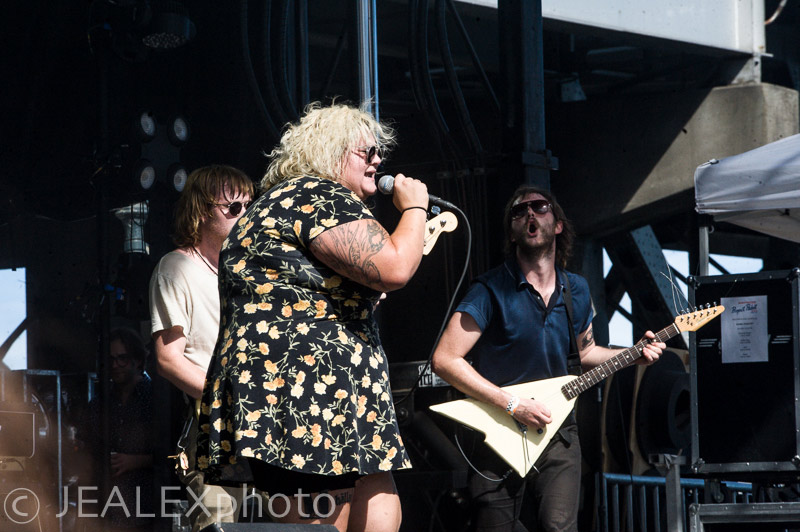 Sheer Mag was the perfect start to our day (although missing Diarrhea Planet is almost unforgivable). Lead singer Tina Halladay is the perfect frontwoman to get any crowd energized and ready for another full day of music. Parquet Courts, although it felt like had a slow start to their set, really surprised the growing crowd as lead singer Andrew Savage’s emotionally charged lyrics attacked the audience. 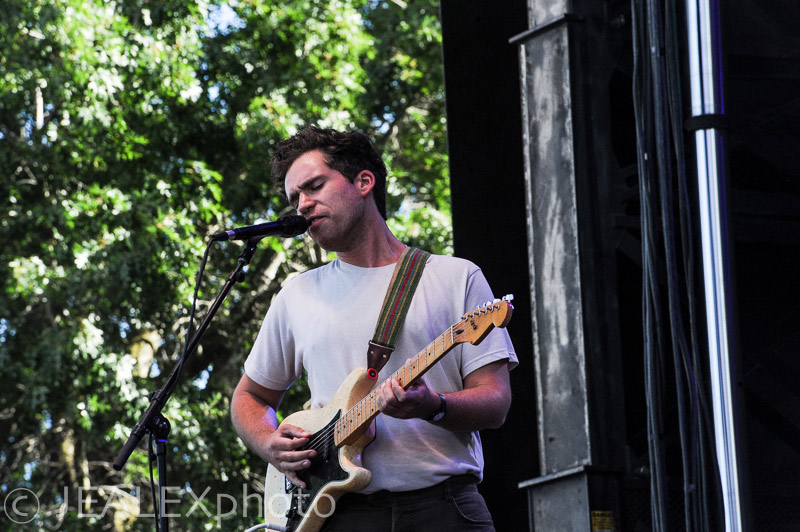 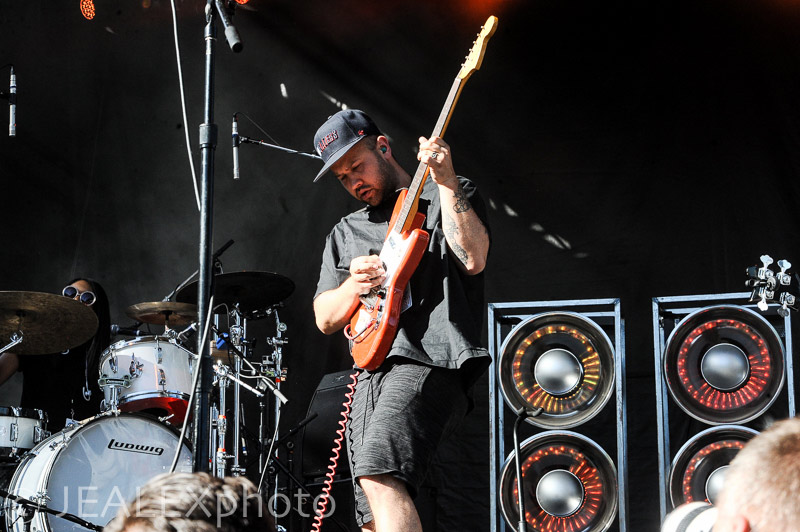 Another hometown favorite, Unknown Mortal Orchestra, fit the relaxed and chill vibe that that lingered in the air throughout the festival. This is the best set we have seen by UMO yet and as much as we love the latest album, Multi-Love, we can’t wait to hear even more new music from them. Drive Like Jehu added the somewhat-needed nostalgia the day needed; post-punk will never die. 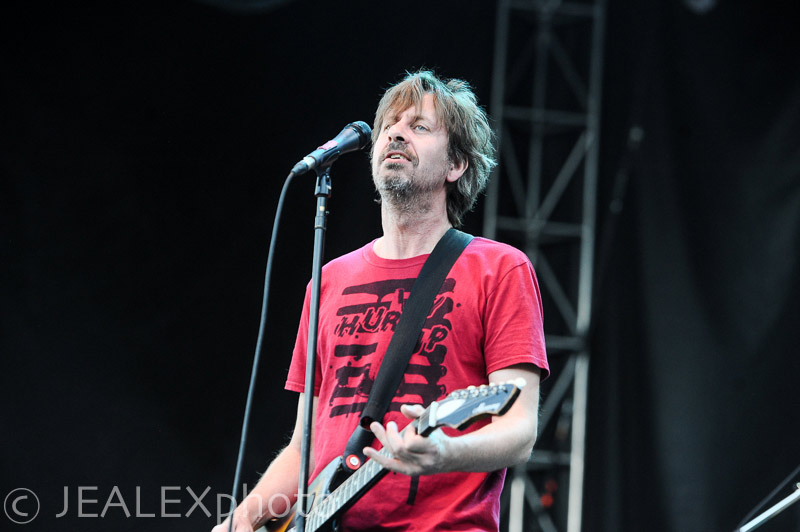 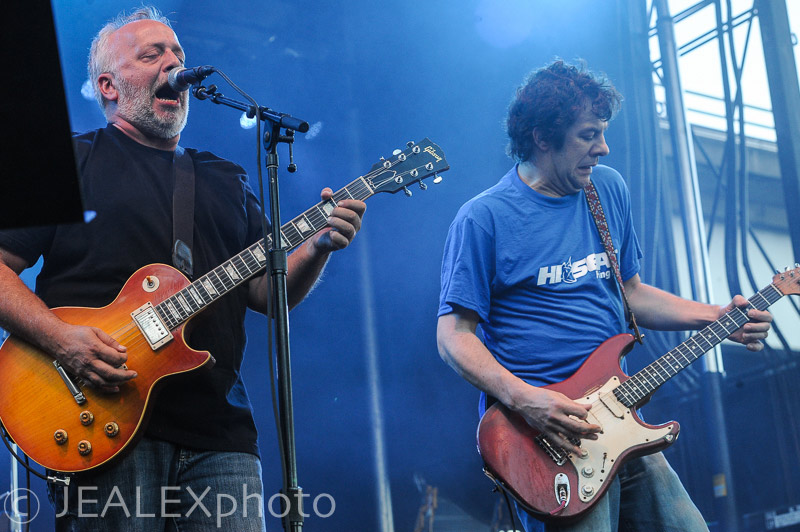 So much can be said about Ween, and based solely on the large amount of shirts we saw promoting and supporting Ween since their inception in 1984, there was no doubt that a large amount of the audience ONLY came for Ween. After a three-year hiatus and announcing tour dates late last year, the hype for their reunion shows definitely was lived up to. Not a single fan looked disappointed after the hour and 15 minute set list of 17 songs. 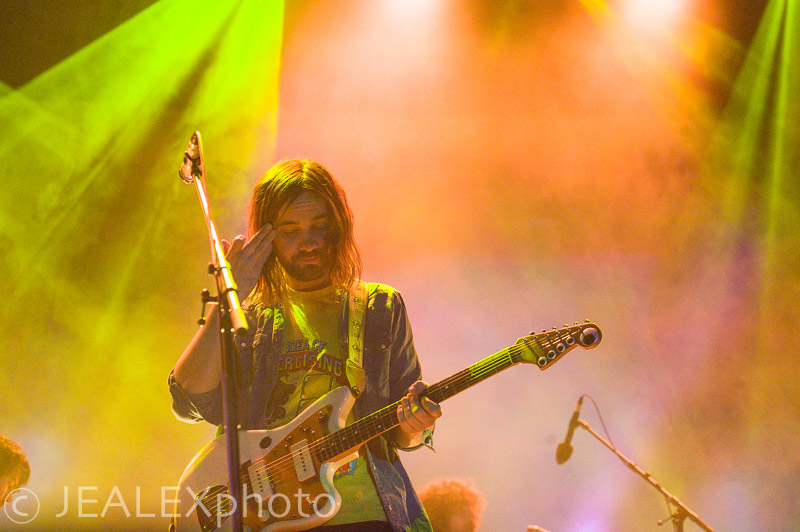 Finally, Tame Impala closed out the festival with all the crowd favorites and a ton of confetti. It’s probably not easy for a band of their caliber to go from playing FYF Fest the day before for arguably ten-times the crowd attendance; but to enjoy their set with a smaller and more intimate audience made it all the worthwhile for us to travel quite a ways to see them. “Thanks for letting us play your fucking cool festival,” assured frontman Kevin Parker. 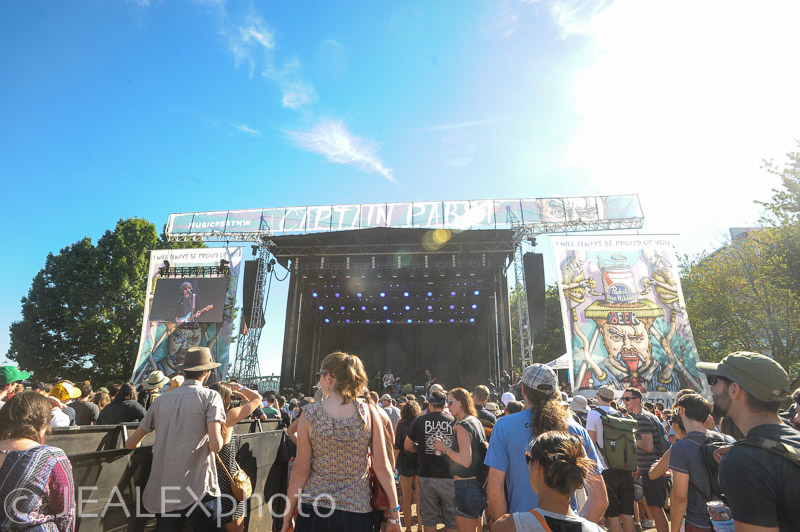 We will surely plan to come back next year and can’t wait for another stellar lineup and more positive vibes from our friends up in the Pacific Northwest!