‘Post-punk’ has always been hard to pin down.... 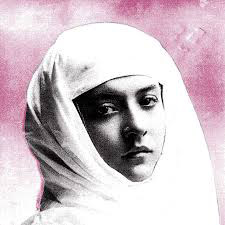 ‘Post-punk’ has always been hard to pin down, besides its obvious chronological origins in early eighties Britain, after the initial flush of late seventies punk. Its harder sounds can bely its artistic ambitions. While not ‘radio friendly’ or mass appeal, it also is not intentionally off-putting like noise-rock (or even punk rock). It can take in everything from highbrow, high-tone new wave to gothic industrial.

But Protomartyr deliver this confusing sound straightforwardly on their latest, Relatives In Descent.

Click here for QRO’s review of Protomartyr at House of Vans in Brooklyn, NY on June 20th, 2017

Click here for photos of Protomartyr at 2016 4Knots Festival in New York, NY in the QRO Concert Photo Gallery

Not a relic from Thatcher’s Britain but a modern American band from Detroit, this is still not Protomartyr’s first go-round, and their professionalism shows on Descent. From the ominous yet resigned opener “A Private Understanding” to the effective storytelling closer “Half Sister”, Protomartyr employ the post-punk procession well. There are more rocking, accessible moments such as “Don’t Go To Anacita”, and singer Joe Casey manages to be talkative without droning or distracting on pieces like “Here Is the Thing” and “Corpses in Regalia”, but this is definitely a post-punk record.

Protomartyr’s loyalty to their sound probably means that they’ll never be on the new TRL or mainstream success, but it has bred an effectiveness that is to be admired.