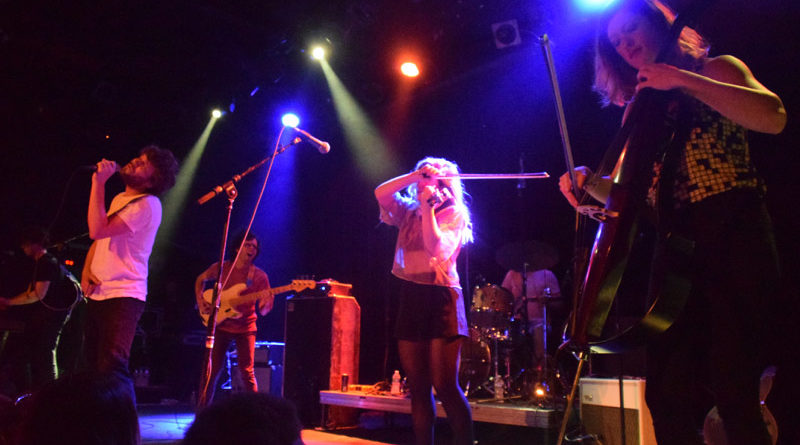 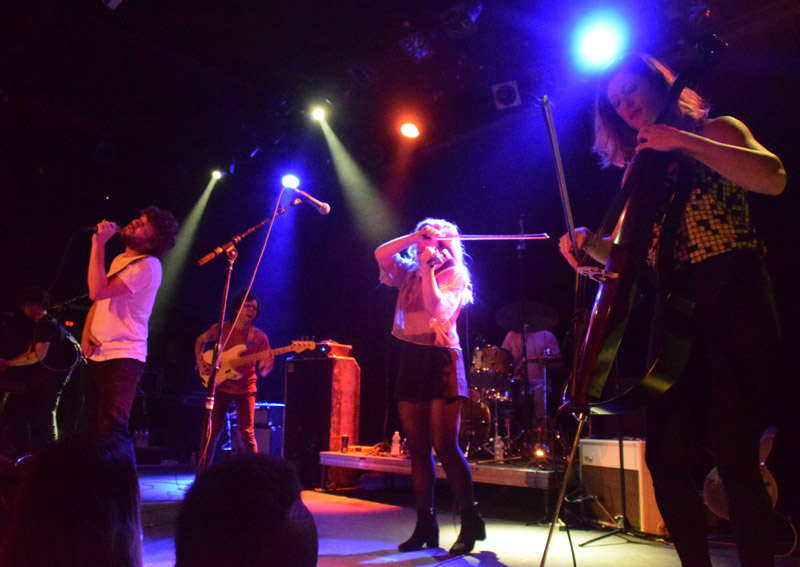 Has it really been ten years? A decade ago, Syracuse’s sprawling indie collective Ra Ra Riot cam out with their self-titled EP (QRO review), a debut that grabbed attention and put them on the map. The band has experienced ups & downs since then, as well as many albums afterwards, but it was Ra Ra Riot EP that got a party at Music Hall of Williamsburg (QRO venue review) on Saturday, April 22nd – and more.

Ra Ra Riot is only six songs long, so you knew that the band of the same name was going to play a lot else. It was actually a similar situation to Tokyo Police Club (QRO spotlight on), who played Music Hall a few months earlier on the tenth anniversary of their own debut EP, A Lesson In Crime (QRO live review) – indeed, a decade earlier the two had shared a stage at Maxwell’s (QRO live review) on the other side of Manhattan (with first opener Vampire Weekend…). Ra Ra Riot’s evening in Williamsburg began with “Boy”, off their second full-length The Orchard (QRO review). Interestingly, there was no more from Orchard, and none from debut LP The Rhumb Line (QRO review) – other than RRR, it was pretty much all later period RRR.

Following two from most recent record Need Your Light (QRO review), it was time for Ra Ra Riot. Singer Wes Miles (QRO interview) introduced the EP by mentioning how it had been recorded only a few blocks down the street, and challenged the crowd to guess what the space is now – despite the many gentrified answers (including VICE Magazine’s offices), no super-special prize because no one got the correct (and very gentrified) tenant, a J. Crew (just in case you needed another reason to know you don’t need to live in Williamsburg anymore…). 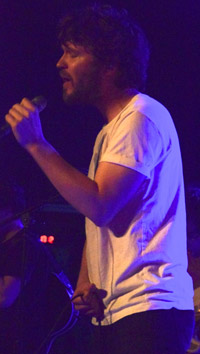 And yes, Ra Ra Riot still completely holds up. Admittedly, a decade isn’t a long time in rock ‘n’ roll, but it’s a nice way for the hipsters of the George W. Bush years to have a party and not feel out-youthed by millennials. The baroque pop emotionalism of songs such as “Each Year” still connect, and “Dying Is Fine” is still as fine an uplift as there is out there. That’s especially the case with regards to the circumstances around the making of RRR, namely that not long after, just as the band was taking off thanks to the EP, drummer Jon Pike tragically passed away a way too young age (QRO R.I.P.). Miles mentioned Pike and paid tribute to him, both his work on the record and as an amazing individual. Back half songs (Miles joked when they were “flipping over to side two”) “Can You Tell”, “A Manner To Act”, and “Ghost Under Rocks” brought the middle of the night to a crescendo.

The rest of the evening was dedicated to newer Ra Ra Riot material, Need Your Light, preceding record Beta Love (QRO review), and even newer, yet-to-be-released songs. The band did shift with Beta, after the departure of cellist Alexandra Lawn (QRO interview) and embracing synthesizers (naming your album “Beta” practically screams, “Ra Ra Riot 2.0”…). Yet the move from old to new wasn’t as stark as might have been expected. By now Beta songs like “Binary Mind”, the title track, and “Dance With Me”, which followed Ra Ra Riot, are staples of their set. And Need single “Water” got maybe the biggest cheers of the night.

There were two new songs. “ISO” was brighter and sweeter Ra Ra Riot, coming off of an acoustic version of Need’s “Bad Times”. The encore return was the new “Daniel”, another brighter, poppier piece. And the evening closed with a Kate Bush cover – not “Suspended In Gaffa”, which they covered on The Rhumb Line, but rather Bush’s classic “Hounds of Love”.

Going out, fans were given a new remastered copy of Ra Ra Riot – an actual CD, which people were still buying back in ’07. The crowd did lean in its hipsterdom to thirty-somethings over twenty-somethings, but still had Ra Ra Riot’s more-than-healthy amount of pretty girls, and guys with glasses who could never date those girls outside of a Judd Apatow production (some of those girls were there with their good-looking boyfriends). It was a really nice night to appreciate old and new Ra Ra Riot. 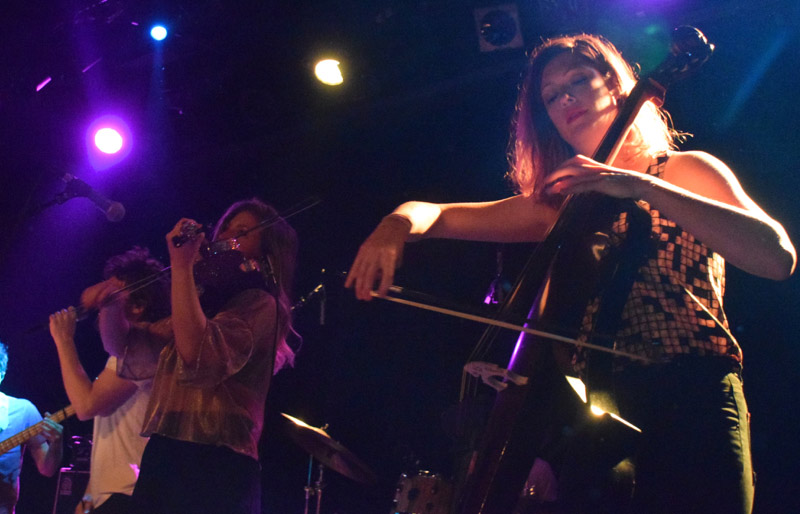