Radiohead is years into being the biggest alternative music act in the world, and have not taken that designation lightly.... 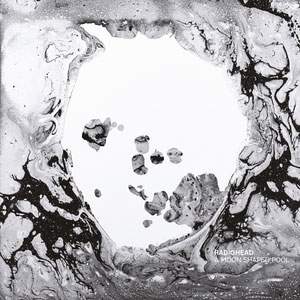 Radiohead is years into being the biggest alternative music act in the world, and have not taken that designation lightly. Gone are the days of nineties singles such as “Just” or break-through “Creep”, even though those pieces were hardly simple pop songs (“Creep” did get Radiohead on the MTV Beach House…). Around the turn of the millennium, OK Computer, Kid A, and Amnesiac took the band and the world into new sonic terrain with such influences as krautrock and classical music. 2007’s In Rainbows (QRO review) introduced both the idea of a ‘surprise album drop’ and the ‘pay what you will’ download, while 2011’s The King of Limbs (QRO review) saw the group further involve themselves in looping and sampling. With A Moon Shaped Pool, Radiohead stay original and visionary, this time with heavy use of guitarist Jonny Greenwood’s orchestra arrangements.

Click here for photos of Radiohead at 2016 Austin City Limits Festival in Austin, TX in the QRO Concert Photo Gallery

Click here for photos of Radiohead at 2016 Primavera Sound in Barcelona, Spain in the QRO Concert Photo Gallery

Click here for photos of Radiohead at Prudential Center in Newark, NJ on June 1st, 2012 in the QRO Concert Photo Gallery

Click here for photos of Radiohead at 2012 Coachella Festival in Indio, CA in the QRO Concert Photo Gallery

While singer/guitarist Thom Yorke naturally gets the lion’s share of attention, Greenwood has held his own behind his bangs, the even more reclusive auteur (especially in comparison to his friendly brother, bassist Colin), working behind the scenes on such material as the soundtrack to There Will Be Blood (QRO review). He’s hardly the only alternative musician to delve into the classical world (see The National – QRO spotlight on), but it is rare for so much instrumentation and arrangement to be so center stage on such a major release. Despite opening singles “Burn the Witch” and “Daydreaming” (and a few of the songs dating back years or even decades), Moon is not a singles record, but rather a composed whole. Yes, it wanders and meanders between songs and within songs, from intimate to atmospheric, restrained to orchestral, but if any act can pull this off, it is Radiohead.

And if any act has a big enough fan base to sustain such an artistic vision, it is Radiohead. In the run-up to the surprise release of A Moon Shaped Pool, the band actually removed their presence on the internet, sort of ‘cleansing the pallet’ for the meal that was to come. A Moon Shaped Pool won’t get them any new fans, but they hardly need any, and it will certainly fit into the world-views of those who spitefully dismiss their appeal. But Radiohead has not only released a record that only Radiohead could, they have lived up to the lofty expectations of the biggest alternative music act in the world.