<img src="http://www.qromag.com/wp-content/uploads/2012/03/radioheadmar6.jpg" alt="Radiohead : Live on ACL" />Radiohead played according to their progressive rock traditions for their set on <i>Austin City Limits</i>. ... 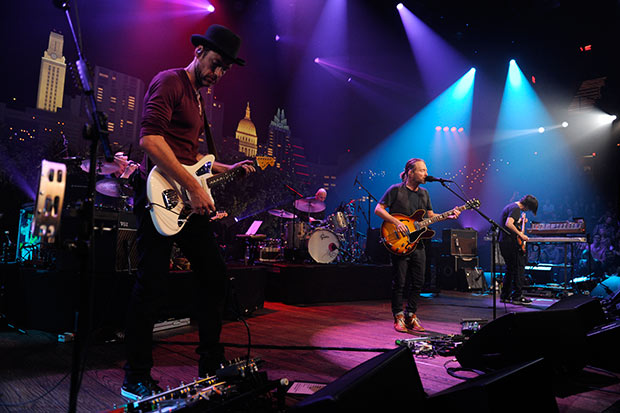 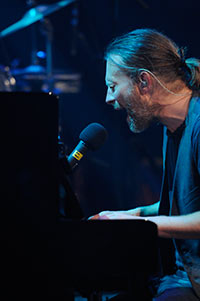 The sidewalks outside of ACL Live at the Moody Theater on Tuesday night, March 6th, were flooded with Radiohead fans begging to trade money, gratitude or the promise of good karma in exchange for tickets to see the taping of the iconic British rockers who haven’t graced Austin stages since 1995.  While many fans had tickets to see them the following night at the Frank Erwin Center, tapings for the longest-running live music series offer an intimate setting that is rarely rivaled for such a group.

Radiohead played according to their progressive rock traditions.  They continue to be rooted in their rock core, but have molded it over the past twenty years.  Two full drum kits brought a rich, organic sound to their ethereal electronics.  Their set list heavily showcased songs off of their most recent album, King of Limbs (QRO review), as well as brand new songs that Thom Yorke claimed keep them pushing forward.  One of the brand new songs, “Skirting on the Surface”, played as their first encore, was a mellower, Latin inspired tune that did not seem as well received.  Known for resisting playing older hits, they graced the audience with rousing renditions of “Idioteque” and an encore of “Paranoid Android”, which the audience embraced enthusiastically.

Thom Yorke was energetic and animated on stage as he moved back and forth between guitar and piano.  He danced, contorting snake-like from side to side, embodying his music in every movement.  He was a delight to watch and it was clear that no one was having as much fun as he was.

The concert began and ended with standing ovations, the audience clapping and cheering in hopes of a second encore to prolong the 90-minute performance.  Radiohead has come a long way in their career and in front of the cameras of ACL they showcased how great they truly are.  The show will be part of Austin City Limits‘ 38th season and will air on PBS this fall (QRO Indie on Late Night TV). 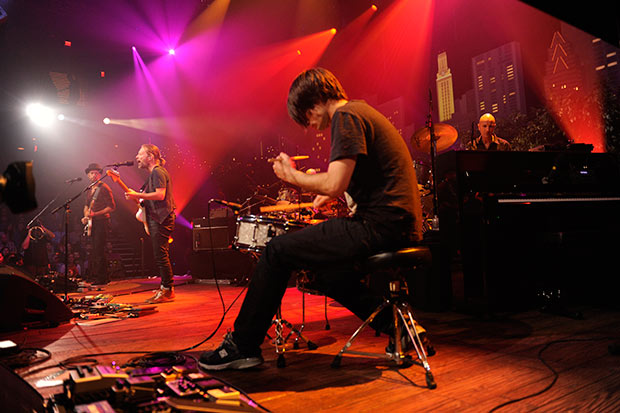