Radiohead : The King of Limbs

<img src="http://www.qromag.com/wp-content/uploads/2011/02/radioheadthekingoflimbs.jpg" alt="Radiohead : The King of Limbs" />Putting out the new <i>King of Limbs</i> only five days after announcing it (four days if you pre-ordered it), Radiohead... 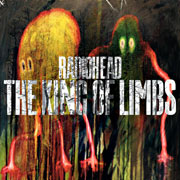 Thom Yorke, Jonny Greenwood (QRO solo album review), Colin Greenwood, Ed O’Brien, and Phil Selway (QRO solo album review) are oddballs, even for the 2011 indie scene.  They shocked the music industry, and the music audience, four years ago when they released In Rainbows (QRO review) on their website with a pay-what-you-want business model.  While the band’s new album The King of Limbs was also independently released, the surprise came from that it was announced only five days before it came out, and ended up showing up one day early on the band’s site.  It was one more thumb-to-nose to a music industry that is not evolving to meet the audience’s needs.

Musically, Radiohead is also a precursor, developing a style that many bands have tried to emulate.  This fake minimalist chaos is particularly present in Limbs, starting with "Bloom", which sounds like a quilt of randomly placed sounds, loops, and instruments on top of which Thom Yorke falls into a dream, captivating the listeners with his ethereal voice.

"Morning Mr. Magpie", which follows, is a classic Radiohead song.  With its tight rhythm section, urged muffled guitar and effortless progression, it will, without a doubt satisfy fans of In Rainbows.  "Lotus Flower" and "Separator" exhibit the same characteristics, while seeming more relaxed.

The first evolution of this style appears in "Little by Little", which sounds almost as if Radiohead tried making a ballad, and fortunately, could not escape its nature.  The songs that show the most originality, "Feral" and "Give Up the Ghost", as well as the aforementioned "Lotus Flower", while being drastically different from each other, rely heavily on instant loops (where the vocals are sampled on the spot and looped back in the music).  Radiohead has used this technique before, and other bands have tried to do the same since with more or less brio, but it feels overused at times.  It, however, reinforces the impression that the listener is following the band through a series of hypnotic dreams, waking up to the eighth and last song, "Like I’m falling out of bed / From a long and weary dream / Finally I’m free of all the weight I’ve been carrying."

The King of Limbs lacks the fire of In Rainbows, and seems as if it were produced as a distraction between independent projects.  However, In Rainbows was a tough album to follow, and Limbs, Radiohead’s eighth album, is an excellent piece of work from the band, continuing the musical evolution it started almost twenty years ago with "Creep".