Far from being kids in the dark themselves, All Time Low have been around for over a decade and still manage to capture the attention of both old fans... 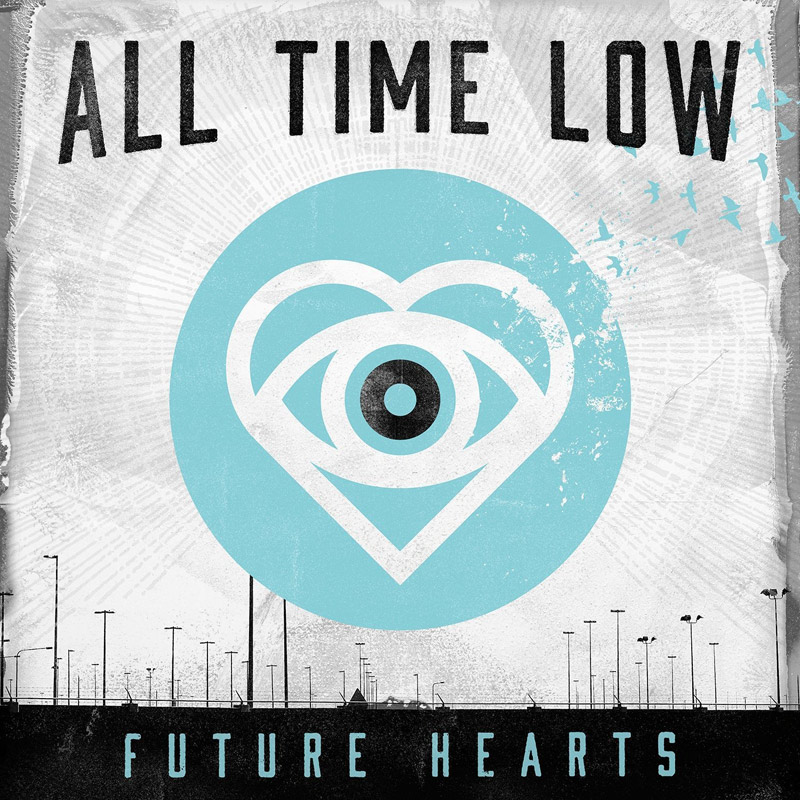 Far from being kids in the dark themselves, All Time Low have been around for over a decade and still manage to capture the attention of both old fans and new. They are well known for their pop-rock and punk sound and Future Hearts caters to that genre of music as much as you would expect it to, with a mix of anthems and ballads.

Future Hearts progresses from their previous album Don’t Panic (QRO review) and with certain songs you can really hear where the band have really let loose, as their lyrics become punchier than before. The band have never drifted too far from their original sound or style though, and considering they have been around for a decade and are still as relevant as ever, it seems they were right to stick with it.

Click here for photos of All Time Low at 3Arena in Dublin, Ireland on February 16th, 2016 in the QRO Concert Photo Gallery

Click here for QRO’s review of All Time Low at Birmingham Genting Arena in Birmingham, U.K. on February 10th, 2015

Click here for photos of All Time Low at 2013 Riot Fest in Chicago, IL in the QRO Concert Photo Gallery

Click here for photos of All Time Low on Vans Warped Tour at Verizon Wireless Amphitheatre in Maryland Heights, MO on July 5th, 2012 in the QRO Concert Photo Gallery

Future Hearts is filled with pop-punk anthems that are, without a doubt, well crafted, although it could be argued that their style is slowly migrating to more of a pop sound than punk. Listeners are eased into the album with “Satellites”, a slow-paced tune to start before it gradually crescendos to fit the form that the rest of the album will follow. Cue “Kicking and Screaming”; this a perfect example of the typical All Time Low anthem with catchy lyrics, an upbeat rhythm and heaps of instrumental energy from Zack Merrick and Rian Dawson. It is followed by equally, if not more so, pop-punk tracks such as “Kids in the Dark”, “Runaways”, and “Something’s Gotta Give” – the first single from the album that they released to the public.

The album has an interlude of sorts as the pop-rock anthems are juxtaposed with “Missing You”, an acoustic piece that comes as a refreshing change and gives the ears a break from the constant thrashing of guitars. Of course, this style doesn’t last long as the pop-punk anthems return immediately after with “Cinderblock Garden” and continue to follow their typical punk anthem template, only breaking once more to feature another ballad, “Tidal Waves”, featuring guest artist Mark Hoppus.

Future Hearts is easy listening, addictive, has a great mix of songs (more often than not with typical self-deprecating lyrics), and won’t alienate anyone who loved the last record.

All Time Low – Missing You