As the nineties came to a close, emo came to a rise, in both popular acts and ones that should have been, like Urbana, Illinois’ American Football.... 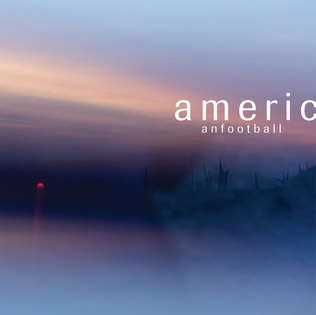 As the nineties came to a close, emo came to a rise, in both popular acts and ones that should have been, like Urbana, Illinois’ American Football, whose self-titled debut full-length later became a touchstone for the movement and its fans. Singer/guitarist Mike Kinsella went on to do other acclaimed touching music such as in Cap’n Jazz and more recently Owen, but of course American Football would eventually reunite, once they & their fans had settled down and had kids. 2016’s American Football (LP2) was a welcome return, if not revelatory, but LP3 really signals the group’s power.

Click here for photos of American Football at 2019 Riot Fest in Chicago, IL in the QRO Concert Photo Gallery

Click here for photos of American Football at 2016 Wrecking Ball in Atlanta, GA in the QRO Concert Photo Gallery

LP3 is an airy record, through-and-through, one that carries the listener along with emotional touch, like atmospheric opener & single “Silhouettes”. Bonus points for recruiting some great female guest vocalists in Elizabeth Powell of Land of Talk on the natural air of “Every Wave To Ever Rise” and Hayley Williams of Paramore for the moving take on fatherhood “Uncomfortably Numb”, plus Rachael Goswell of Slowdive on the light indie-rock with undercurrent “I Can’t Feel You”. Though one might also give minus points for the extended nature of the songs, averaging six minutes and reaching as high as almost eight.

American Football are the kind of unpretentious, even unambitious act that would just make every record self-titled (and without any Weezer-like color coding). They focus on the beauty, and that comes through clear on American Football (LP3).