<img src="https://www.qromag.com/wp-content/uploads/2009/12/asobiseksurewolf.jpg" alt=" " />Seems like everyone these days is looking for new and innovative ways to reinvent themselves.<span>  </span>But that's not necessarily the case with Asobi Seksu. ... 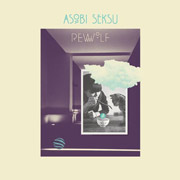 Seems like everyone these days is looking for new and innovative ways to reinvent themselves.  But that’s not necessarily the case with Asobi Seksu.  The New York-based band known for their shoe-gaze and dream pop jams brings down the sound a bit in their fourth studio album, Rewolf.  Acoustic versions of pieces from their three previous records, all the tracks are merely re-recorded songs without their signature sound of highly textured and layered, electronic heavy sounds.

Unlike previous albums, Rewolf consists of ten soft, delicate compositions put together by mostly acoustic instruments.  Vocalist Yuki Chikudate’s angelic vocals, along with the graceful sounds of chimes and the alluring sound of acoustic guitar riffs result in peaceful harmonies.  The refined album was apparently recorded during the band’s 2008 U.K. tour on an off day at Olympic Studios.  Aside from the album working as an acoustic modification of the band’s more famous tracks, the album features only Chikudate on vocals and guitarist James Hanna.  Could be another reason why the album gives off a more intimate feel than the previous ones.

Songs like "New Years", replace electric beats with chimes, acoustic guitar, piano and xylophone.  "Thursday" is stripped down from its layers of electronic guitar riffs to naked and humble melodies and Chikudate’s echoing vocals.

No one is declaring that Rewolf surpasses 2009’s Hush (QRO review) by any means.  But there is no arguing that these light compositions do give forth a celestial listening experience that for a moment brings you into a world of fairies and bliss, or at least that’s what you’re imagining when listening.