Bear Hands – You’ll Pay For This

Bear Hands have long not been like the other Brooklyn bands that they came up with, neither straightforward indie-rock, nor out-there-experimental.... 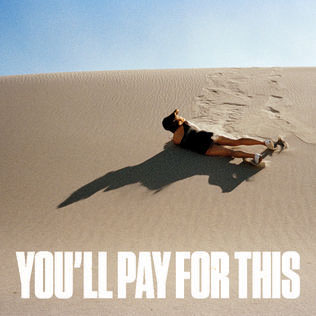 Bear Hands have long not been like the other Brooklyn bands that they came up with, neither straightforward indie-rock, nor out-there-experimental. Albums like 2010’s Burning Bush Supper Club (QRO review) and 2014’s Distraction (QRO review) were more interesting & compelling than much of what comes out of the prolific borough, even as the group was hard to pin down. That continues even more so with You’ll Pay For This, as the band delves further into electronic beats & much else.

Ironically starting with “I Won’t Pay”, You’ll Pay sees Bear Hands craft songs along techtronic rhythms that one would be more likely to find in hip-hop or Moogfest. Yet they don’t stick to just beats. There are number of pieces where the band is actually sweet above their sounds, in a very post-modern way, such as “Boss”, “Déjà Vu”, and closer “Purpose Filled Life”. Single “2AM” (QRO review) is an excellent party piece about getting old, while “Chin Ups” is just party. In addition to those two, particularly strong on You’ll Pay are the genre mash-ups, like the tronic/pop/rock/sly “Like Me Like That” or ominous/tech/indie “Marathon Man”. And there’s even a killer indie-beats push, “Winner’s Circle”, that is reminiscent of their early days.