It’s pretty exciting that Beck has burst back on the scene after six years.... 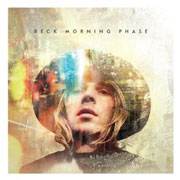 It’s pretty exciting that Beck has burst back on the scene after six years.  Sure, there was that whole Song Reader thing back in 2012, which was a cool idea, but it’s still not a Beck studio album.  Last time around, with 2008’s short and sweet Modern Guilt (QRO review), he teamed up with the ever-popular Danger Mouse to produce the album.  This time around he decided to helm the project entirely himself.

If there is one thing that Morning Phase is not, it is another Odelay (QRO deluxe edition review) or Midnite Vultures.  It is not a funky opus that careens through a galaxy of whacked out jams.  No, in fact, many are referring to this album as the sequel to Beck’s famous 2002 album Sea Change.  It has that same acoustic-ish mellow feel.  Beck himself has referred to the tracks that make up Morning Phase as “California songs,” which isn’t off the mark by any means.  Songs like “Heart Is a Drum” will put you in mind of a morning running on the beach or “Don’t Let It Go” might make you think of a drive through the mountains.

There is an intriguing orchestral element to Morning Phase as well.  It opens with an amazingly enticing forty-second-long opus entitled “Cycle”, and later on in the album there is the equally appealing “Phase”.  Between those two is the song “Wave”, which is a haunting track with Beck simply singing over orchestral strings the whole time.

You have got to respect Beck.  After six years it would be easy to ask, “Do people care anymore?” and to try to make the record you think they expect and one you think will get them to care, if, in fact, they don’t.  But that is not what Morning Phase is.  It is the album that Beck wanted to make and the passion he put into it naturally flows out when you listen.  When you put out an album this early in the year it can be tough to stay on people’s radar, but it’s a safe bet that you will hear about this album again when people start discussing the best albums of 2014.