Ben Folds works with New York City instrumental outfit yMusic for 'So There'.... 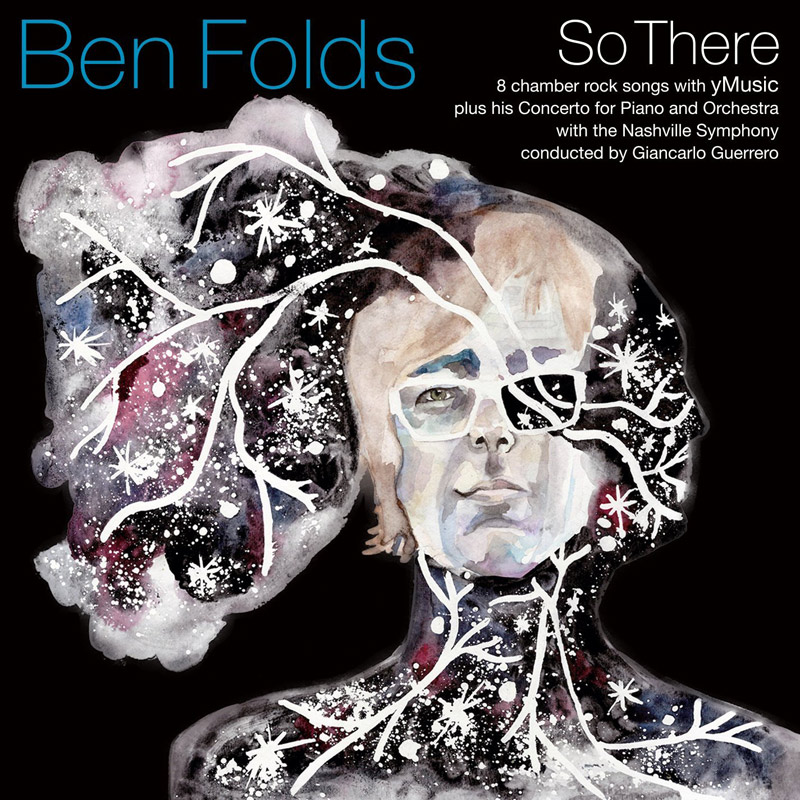 Ben Folds has been a steady rock icon from the ‘90s on, and a unique blend of artsy piano and edgy bass, but has been stagnant of late. The last album of Ben Folds’ involvement being in 2012 with Ben Folds Five’s The Sound of The Life of The Mind (QRO review). 2008’s Way to Normal (QRO review) was the last solo effort. Now he works with New York City instrumental outfit yMusic for So There.

With So There, Ben Folds approaches the type of songs that would have been fine on an early record, but a young artist might not have had the confidence creating them. There is nothing wrong with a symphony sound in rock, but most people aren’t comfortable implementing it until they feel the need to experiment with it, and then they are forced to learn. Likewise, small instrumental pieces, like a Felt or Wire approach, are usually not done by young musicians because the instinct to make them louder usually ruins what might have been good songs.

Click here for photos of Ben Folds at Stubb’s in Austin, TX on June 15th, 2015 in the QRO Concert Photo Gallery

Click here for photos of Ben Folds at Music Box in Los Angeles, CA on May 13th, 2010 in the QRO Concert Photo Gallery

Click here for photos of Ben Folds at Terminal 5 in New York, NY on October 1st, 2008 in the QRO Concert Photo Gallery

So There’s theme is boldly unique with “So There”, which is energetic and upbeat music. “Phone In a Pool” is also upbeat and emotional, and both feel like they were written for the sake of the musician. This is usually a good thing, and it is here, because of the directness of the catchier riffs. The lyrics to “Phone” and “There” are incisive and philosophical.

Instrumentally, they are both fast and solid, and this release is right up there in musical quality. More variety and composition in another piece, sees the flute in “Capable of Anything” as really prominent and fluttering. The one difference in this song from the overall album’s feel is the line, “We’re told we are capable of anything / But you don’t seem to think you are”. Optimism aside, this seems to be a play on words, as it is not saying that people should think they are capable of anything.

Another notable track, “Not a Fan”, is an emotional piano bit, and it has the feel of the Felt piano track “Magellan. “I’m Not the Man” is very contemplative as are most of the numbers. “Long Way to Go” is a rare very unabashed The Beatles impersonation. As the album winds down, it becomes instrumental pieces, which are reasonably interesting and very experimental for Ben Fold’s standards. All are titled “Concerto for Piano”. “Movement 1” is somewhat dramatic. “Movement 2” is a more mellow and lazy atmospheric piece. “Movement 3” is even more dramatic, sinister, and dark sounding than Movement one.

The record So There definitely represents an evolution in experimentation and philosophy for Ben Folds. While not completely different from the catchy piano that made Ben Folds so popular, it definitely approaches more complex emotions and experimentation. This should appeal to fans who sought moving pieces here in the past, but like new phenomena.

Ben Folds – Not a Fan