<img src="https://www.qromag.com/wp-content/uploads/2009/10/gibbardfarraronefastmove.jpg" alt=" " />The frontmen of Death Cab for Cutie & Son Volt team up to soundtrack the new Kerouac documentary. ... 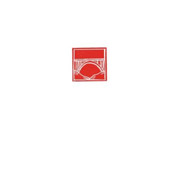 That Jay Farrar, of Uncle Tupelo and Son Volt (QRO album review), was tapped to make the soundtrack for One Fast Move Or I’m Gone, the upcoming documentary about counter-culture icon Jack Kerouac’s time in California’s Big Sur national park, makes a lot of sense, as Farrar’s fine-honed marriage of alt- and -country well reflects the same mixture from over fifty years ago, when the beat poet headed out into the wild outdoors.  But also Benjamin Gibbard, singer/guitarist/frontman for the booming Death Cab for Cutie (QRO album review), not to mention indie-celebrity, thanks to his marriage to actress/singer Zooey Deschanel (the ‘She’ in She & Him – QRO album review)?  Gibbard’s inclusion did give the soundtrack – and thus the film – greater attention (as well as being released by Death Cab’s major label, Atlantic – guess that’s why it’s ‘Gibbard & Farrar’, and not the other way ‘round, which would have been alphabetical…), but how did Gibbard fare going alt-country, how did Farrar & Gibbard fare as partners (Farrar has had his own dissolved partnership, in Uncle Tupelo with Jeff Tweedy, now of Wilco – QRO live review)?  Pretty well, in fact.

Gibbard writing music for Big Sur isn’t such a leap, as Death Cab made their last full-length, Narrow Stairs (QRO album review), in the national monument.  And at their more stripped moments, Death Cab can be seen as approaching something more alt-Red State.  Gibbard’s voice is well suited at the start of One Fast Move in "California Zephyr", as alt-country/folk is mixed with stripped Death Cab for a really nice introduction to the record.  The title track likewise hooks, while the rest of the Gibbard-sung pieces largely go brighter, but a bit simpler (save for the added echo in "The Void").

Half of the twelve tracks on One Fast Move are sung by Gibbard, half by Farrar (mostly mixed one of one, then one of the other, on the track listing), and whose sung songs you think are better depends, naturally, on whether you come to One Fast Move as an indie/Death Cab fan, or an alt-country/Son Volt fan.  Farrar’s pieces feel more in his vein than Gibbard’s do in his (note: they share writing credits for the entire record, so whether a given piece was written solely by the singer or jointly is unknown), and thus don’t quite stand out as much, but "Big Sur" is a heart-rending elegy to the iconic location, while closer "San Francisco" gives a stripped, dark finality to the record, and Kerouac’s time at Big Sur.

Gibbard & Farrar enjoyed working together so much that they made One Fast Move Or I’m Gone more than your run-of-the-mill original, single-artist soundtrack; none of the pieces are background settings, nor are there any snippets of audio from the actual film.  In fact, Gibbard & Farrar are even touring the record together, quite rare for any soundtrack.  There’s a lot of indie-country out there these days, but this is a welcome addition.