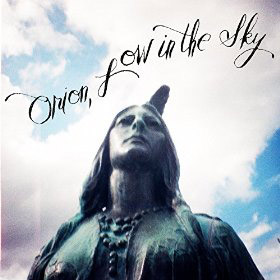 Alt-country loss pervades Carrie Ashley Hill’s Orion, Low In the Sky. No, it isn’t exactly a new style of music, but she does it very well. More to the point, while sticking to the sad theme almost throughout, the record never feels one-note.

The twang-resign of opener “Old Winds” sets the tone as well as any piece on Orion, a record of resignation to loss & trouble. There is a brighter moment in the poppier “Forever Became Never” – which shows that Hill doesn’t have to be sad to sound good – and the relaxed instrumental “Rock Hill on Reflection”, but overall the album is much more akin to the song between the two, the wistful “Marigold”.

Orion is Low In the Sky and Hill seems low on life in this release, but it also has the staying power of a constellation.