'Hold My Home' will definitely remind you why you liked, and still like, Cold War Kids.... 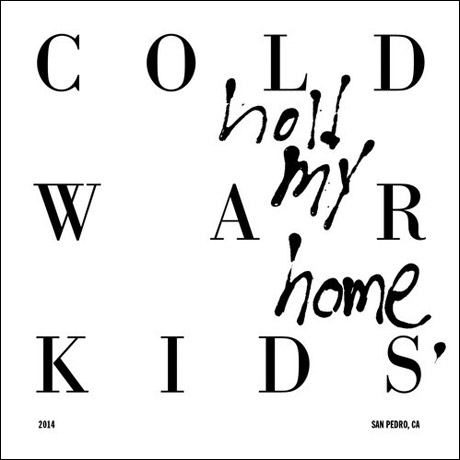 Photos of Cold War Kids at SXSW 2013 in Austin, TX

Cold War Kids debuted with power about a decade ago, with an indie-soul/blues-rock that took in a lot of different things that you like and gave the mix energy. Unfortunately, after that the band seemed to lose their juice on follow-up Loyalty to Loyalty (QRO review), and while they’ve bounced back from that low, they’re still not as good as they were when you first heard them. That’s still the case on Hold My Home, but the group climbed even further back up their hill.

Like on their last record, Miss Lonelyhearts (QRO review), Home starts off very well, with opener “All This Could Be Yours” displaying the rockin’ Cold War Kids that one is still looking for. No other piece quite matches “Yours”, but the group nicely displays almost church revival-like group energy throughout the record. Even the much slower sway of final two numbers “Harold Bloom” and “Hear My Baby Call” don’t feel like they drag down the record, thanks to the group’s blues-like emotional power.

Hold My Home still isn’t going to make you forget breakthrough singles “Hang Me Out To Dry” or “We Used To Vacation” (QRO video), even a decade after those facts. But it will definitely remind you why you liked, and still like, Cold War Kids.