One could be forgiven for being surprised that the Cold War Kids are still around.... 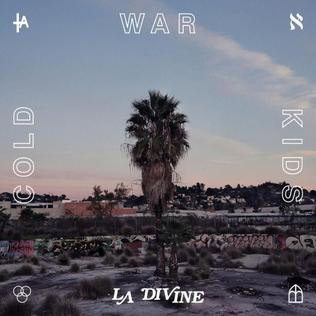 One could be forgiven for being surprised that the Cold War Kids are still around. Their breakthrough was over a decade ago, and while strong and enjoyable, was hardly revolutionary – and they’ve never quite matched since. They’re the kind of band that many people enjoy, but not with a loyal core that seems usual for alt-rock success stories these days. Yet there’s something to be said for keeping on keeping on, as the band does with L.A. Divine.

Like prior releases, Divine starts off with its strongest material, such as opener/single “Love Is Mystical”. Definitely the Cold War Kids’ brand of indie-soul/blues with energy, songs such as it and the following “Can We Hang On?” don’t showcase a lot of growth, but do have what you like about the band. Then there is “So Tied Up”, where the group gets bigger, including ‘big soul’ from guest contributor Bishop Briggs, but it’s not out of their wheelhouse. However, from then on much of Divine is very similar to what you’ve heard before, and at fourteen tracks (including two interstitial pieces), really too long.

The Cold War Kids might be more a group that one would catch from afar during the mid-tier portion of a massive festival, or opening for a stadium headliner, as opposed to dedicated night out at the club, but they’re still here, and are still making the kind of music that has made people like the Cold War Kids.