If we are to accept that the tracks and albums released by artists can almost be recognized as their offspring then the ‘remix’ album is almost certainly the bastard... 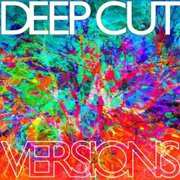 If we are to accept that the tracks and albums released by artists can almost be recognized as their offspring then the ‘remix’ album is almost certainly the bastard of the flock. It only rears its deformed and defiled head when the artist in question is on an artistic downturn or the bank balance is flirting with the red zone. The album in question, however, is very different from the herd, as firstly it is association with Northern Star Records, whose rigid application of quality control by the ‘Van Gogh’ of the independent music scene (Scott Causer) is second to none. Secondly it is remixed by Deep Cut, who consist of members of Revolver and Death in Vegas, an almost dream duopoly in the remix genre. The album is accurately described on the Northern Star website as being, “A genre hopping mix of psych, shoegaze and krautrock with nods to Suicide, King Tubby and Bo Diddley.”

Opening with the instrumental “Budge Up” by Spotlight Kid, it becomes instantly apparent that the remixing in question is not the typical trick of bringing the backbeat to the front and distorting the vocals, and what we get is a fuzzed up guitar riff over a repetive bass and synthetic drum, which is totally Joy Division-esque. “Don’t You Know” by The Electric Mainline is pure krautrock Motorik, a track that Toy have been promising us for the last two of their albums but ultimately falling well short of. The centrepiece of the record has to be the Exit Calm piece “The Rapture”, a song that has re-launched their career, from the album The Future Isn’t What It Used To Be. The remix is simply the best track that they have never made, with the application of a subtle minimalism to a chest beating rock song. The simple guitar refrain is brought to the fore, and with less is more applied to the vocals, the resulting mix is nothing less than stunning. Tim Burgess (The Charlatans) has his solo quintessential pop song “White” morphed into another psych/krautrock classic, with repetition that dips and swerves to a crashing climax. The Megaphonic Thrift number “Tune Your Mind” is possibly the only mix that could be considered sub-standard, but when the standard is so high it still too good to be considered as just as ‘filler’. Closing with Daniel Land & The Modern Painter, the dirty, sleazy sound of “Eyes Wide Shut” with its “I want Candy” drum riff is a fitting way to close this mini-album.

The album is a vinyl only limited edition release on Deep Cuts’ White Label and available for purchase on the Northern Star Records website, so get it now before Mr Causer resorts to lopping off his other lobe.