<img src="https://www.qromag.com/wp-content/uploads/2009/08/drugrugpaintthefence.jpg" alt=" " />Drug Rug have put out a record that earns the critic's praise in <i>Paint the Fence Invisible</i>. ... 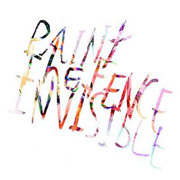 Drug Rug is a band on a roll.  Since their debut, they’ve enjoyed steady, almost fawning, attention from their local music press, including a nice Boston Phoenix “Best Female Vocal” win for lead-songstress Sarah Cronin this past July.  The national press, from SPIN to NPR, has given solid shout-outs.  Übercool indie tastemakers like Dr. Dog (QRO live review) and Fiery Furnaces tapped them as openers.  Established indie-act and neighbor Apollo Sunshine (QRO album review) signed the band to their personal label, Black & Greene Records.  To top it all off, the in-house artistry produces the best concert posters this side of Sheperd Fairey.

Sounds good, right? Well, it is.  Except that in all the hubbub, Drug Rug forgot to release a really stellar album that speaks to their unique talents and backs up the hype.  Their self-titled debut Drug Rug was a panoply of stylish Velvet Underground B-sides that met immediate praise.  The follow-up EP The Kitchen Tapes was like a between-meal snack that only makes you hungrier.  Finally, with Paint the Fence Invisible, the few remaining critics can go take 5.

After ceremonial, throat-clearing first track “Follow,” Drug Rug jumps right into the throwback, school bus indie-rock that made them critical darlings with the solid “Haunting You” and “Never Tell”.  The instrumentation sounds like it was dreamt up by a stoned Monkees’ session player: sweet reverbed guitar, organ, Mammas and the Pappas him/her vocals, and a major chord 8 days a week.  Drug Rug certainly knows how to turn on the sunshine – but you have to hand it to them, because the delivery never regresses into plain camp.  This successful tightrope walk can likely be credited to the little things that Drug Rug do so well: smart lyrics that talk the talk and reel-to-reel production value that walks the walk.

Other standout tracks include “Hannah Please” and the namesake “Paint the Fence Invisible”.  Both tracks lean on the now award-winning vocal stylings of Sarah Cronin with minimal background instrumentation.  As always the little spitfire is easy on the ears, combining country verve with garage punk chutzpah, but the band was probably well served not leaning too heavily on her voice.  Drug Rug thrives on symmetry and too much of a good thing would likely throw off the equation.  The biggest miss of the album was the exercise in self-indulgence “Noah Rules”.  If the Noah in question is the drummer from ex-Boston, now-Portland’s the Dead Trees (QRO photos), then Noah does indeed rule (Or is it Noah Chermin, frontman for friends Sam Champion – QRO interview).  His song, however, is a B-side at best.

Drug Rug saves the best for last with closers “Coffee In the Morning”, “Passes On”, and “Sooner the Better”.  These songs leave behind more familiar territory and begin to capitalize on the strength of their own musical vision, a vision that resists the cheap, if welcome, rock-legend comparisons that first won them attention.  It’s easy enough to win critical indie acclaim copping Leatherface Lou Reed’s style, if you can, but its these last few tracks that keep the promise of a band whose trajectory is pointed nowhere except up, up, up.  Drug Rug’s latest release doesn’t hit the ball out of the park, but it’s an album with staying power that will make you a believer.  If Paint the Fence Invisible doesn’t grab your attention, it might be time to hand in your indie credentials.

MP3 Stream: "Coffee In the Morning"