Eksi Ekso : I Am Your Bastard Wings

<img src="https://www.qromag.com/wp-content/uploads/2008/12/eksieksoiamyourbastardwings.jpg" alt=" " />Out of Boston comes the sweeping six-piece chamber orchestra post-rock of Eksi Ekso on their debut, <em>I Am Your Bastard Wings</em>.<br />... 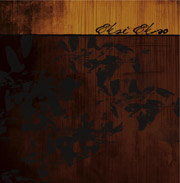 Even with six people, the orchestral grandness of Eksi Ekso’s debut, I Am Your Bastard Wings, sounds like it coming from many more.  Throughout the record, the Boston-based sextet take a strings-based chamber approach to post-rock’s grandeur, often leaving the vocals behind (it’s fitting that half the band takes a hand at lead vocals at one time or another, as on Bastard, they’re just another instrument, and not the primary one at that).  The band’s more classical sound could be dull, but instead rises and falls quite well.

Even with the backseat role played by vox, only two tracks are truly voice-free instrumentals: the sub-thirty second intro “The Wintering” and minute-thirty-plus middle bridge, “Nitnb”.  However, it is the sweeping nature of the instrumentation, not any vocals, which plays center stage on Bastard; only the penultimate “(Spouse of) The Blind Hunter” puts the onus on voice (and that leaves it a little preening).  Mostly high post-rock, with a focus on strings, there is still variation amongst the pieces, from the haunting atmosphere of “O’ God, They’ve Frozen” (which also possesses almost smooth jazz-like horns) and “The Gallows”, to the washing waves of “Albatross” and finisher “Russian Excuse”.  Eksi Ekso are better at haunt than wash, though: “Frozen” chills, while “Albatross” feels somewhat affected.

There’s also a mix in size, from small echo to epic grandeur, and the band knows how to bring a big build & crash at a number’s end, such as on “Killing Texas”.  Adding extra effort on certain tracks helps vary the record, strengthening the darker-tinged “The Choir Will Always Sing” and dramatic tale “Just Leave”.  All of the record, big and small, haunting and wash, all of it comes together on premier piece “Mavri”, which sees some of the band’s best instrumentation.

Like much of what may be labeled ‘post-rock’, I Am Your Bastard Wings isn’t easily categorized, as the band also draws from the orchestral grandeur of nineteenth (and earlier) century (akin, though not alike, to such acts as The Dresden Dolls or The Most Serene Republic – QRO spotlight).  Somewhere between yesterday and today, chamber, atmosphere, and the night, lies Eksi Ekso.