The sitar informs Rishi Dhir’s sound as Elephant Stone, but doesn’t define it.... 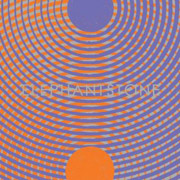 With the recent loss of Ravi Shankar, there are precious few sitar players left in western pop music (not that there ever were that many to being with), but a more recent one is Rishi Dhir.  First as part of the High Dials and with The Black Angels (QRO live review), Dhir wielded the eastern instrument for psychedelic effect, but he has since formed his own outfit, Elephant Stone, debuting in 2009 with The Seven Seas (QRO review), which also trafficked in neo-Beatles pop.  Both are in force on Elephant Stone’s full-length eponymous follow-up.

Click here for photos of Elephant Stone at Paradiso in Amsterdam, Netherlands on September 22nd, 2014 in the QRO Concert Photo Gallery

Click here for photos of Elephant Stone at TT the Bear’s in Cambridge, MA on December 8th, 2012 in the QRO Concert Photo Gallery

So much of today’s psychedelica is harder psych-rock, hitting you over the head with a serious trip, man, but Dhir nicely goes for the lighter (but not ‘lite’) side of things.  The psych-strum to opener “Setting Sun” is instantly appealing, while he puts a psych backdrop behind loss on the subsequent “Heavy Moon”.  His sitar isn’t always in effect (can’t sit cross-legged for a whole set – QRO photo), but works well when it comes to the fore on “A Silent Moment”, though it’s oddly something of a drawback on Elephant Stone, as often the most sitar-heavy tracks are also the most psych-heavy, like “Sally Go Round the Sun” and the breakdown at the end of “The Sea of Your Mind”.  For such a charming, refreshing neo-sound in other places, the record can still get a little in your face with its psychedelia.

The sitar informs Rishi Dhir’s sound as Elephant Stone, but doesn’t define it.  Instead the ‘sitar attitude’ helps lift him above today’s hard psych-rock and psych-lite.

Atlas Genius – When It Was Now