Despite playing guitar in the most successful alternative band in the world, Ed O’Brien was always rather overshadowed.... 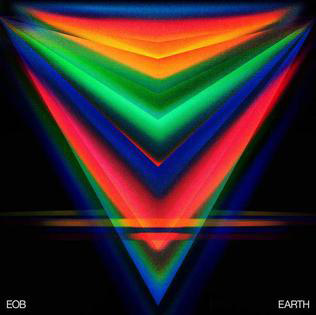 Despite playing guitar in the most successful alternative band in the world, Ed O’Brien was always rather overshadowed, by both frontman Thom Yorke and auteur guitarist Johnny Greenwood (bassist Colin Greenwood & drummer Philip Selway have also been stuck in the shadows, but that’s always the way for the rhythm section…). It’s rather surprising that it’s taken this long for O’Brien to release his first solo album, under the name EOB. But Earth showcases his varied, stripped form.

Like many a solo record, Earth is stripped down, often just O’Brien, his guitar, and some tech beats. But it does not stick to one style, ranging from the sweet acoustic pluckings (with co-vocals from Laura Marling) on closer “Cloak of the Night” to the tech beats of opener “Shangri-La”. There is also a definite tropical element, undoubtedly from the year in Brazil he spent where he wrote much of the record, giving a dance feel to the wry “Banksters” (which seems to be ‘bankers + gangsters’ – remember when the ’08 financial crisis was the worst thing ever?…) and “Olympik”. There’s even space for the chill “Deep Days” and the slow “Sail On” a summer breeze. And unlike many a solo record from the not-singer, O’Brien’s vocals hold up well, key on an album as stark as this (no vocoder or autotune in sight).

It’s always tricky when someone from a über-successful band tries his hand at solo work – particularly if you’re not the most recognizable face. But Radiohead’s subtler member acquits himself well in his solo debut.