Halestorm – Into the Wild Life

What happened to the original heavy, gritty sound that Halestorm were so well known for?... 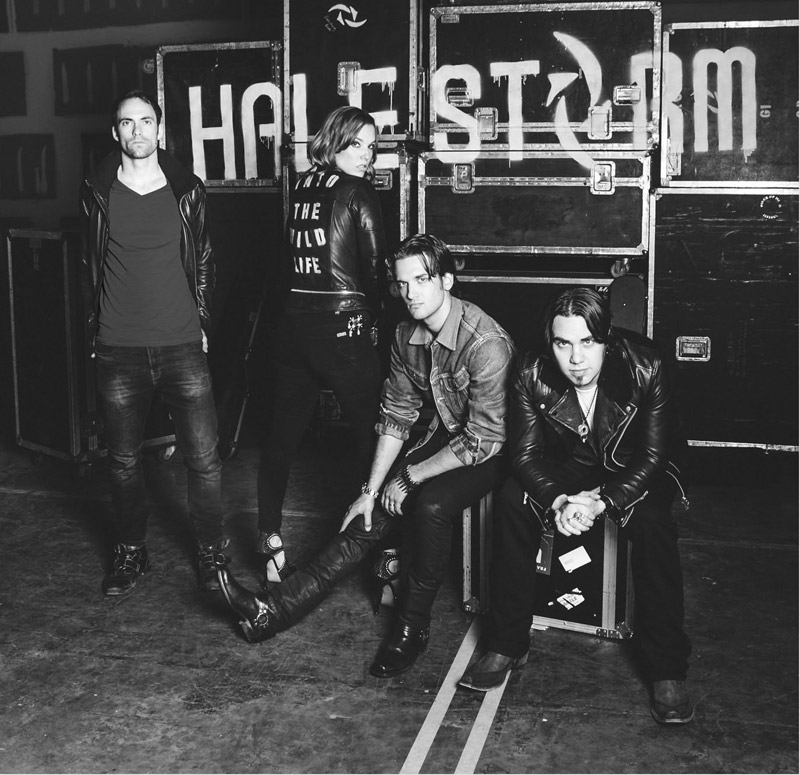 What happened to the original heavy, gritty sound that Halestorm were so well known for? Into The Wild Life is the third studio album from Pennsylvanian rockers and was much anticipated after the huge success of The Strange Case Of… (2012), but it seems the band have decided to change course to produce a record that differs from their previous releases. The title of the album, as well as song names such as “I Am The Fire”, “Mayhem”, and “Apocalyptic”, suggested a record that would be full of thunderous drums, rapid guitar thrashing and hot and heavy riffs; however, it is quite the opposite. Even vocals from Lzzy Hale are not as gritty as before, though she still remains ever talented with her powerful voice and manages to pull off the new sound with ease.

Click here for photos of Halestorm at 2015 LazerFest in Des Moines, IA in the QRO Concert Photo Gallery

Click here for photos of Halestorm at 2013 River City Rockfest in San Antonio, TX in the QRO Concert Photo Gallery

Click here for photos of Halestorm at 2013 LazerFest in Boone, IA in the QRO Concert Photo Gallery

There is, of course, nothing wrong with experimentation to shake things up and inject some new life into their sound, but not sure it’s a good sign that the first word to spring to mind when attempting to describe the album is “mellow”. Many of the songs within the record appear in the form of ballads; slow-paced, emotional, heart-felt songs with an essence of country rock thrown in. The rough, rock and roll sound they were so well known for – that attracted all the devoted “freaks” – seems to have been erased to make room for a softer style that screams over-production.

The pieces of choice from the album, which resonate the beloved Halestorm sound of late, are most definitely “I Am The Fire”, “Apocalyptic”, and “I Like it Heavy” – oh, the irony. These are a welcome break from the ballads that have taken over the majority of the new record, but even they have their downfalls. “I Like It Heavy” held so much promise with it’s fast tempo and Hale including some rock n’ roll growl into her voice, but the ending came as a disappointment. The song runs for almost four minutes before completely changing in style and tempo, offering an a cappella, country-style outro from Hale that feels completely disjointed, not only from the final song but from the rest of the album too. Is this a clue as to the direction their next album will take?