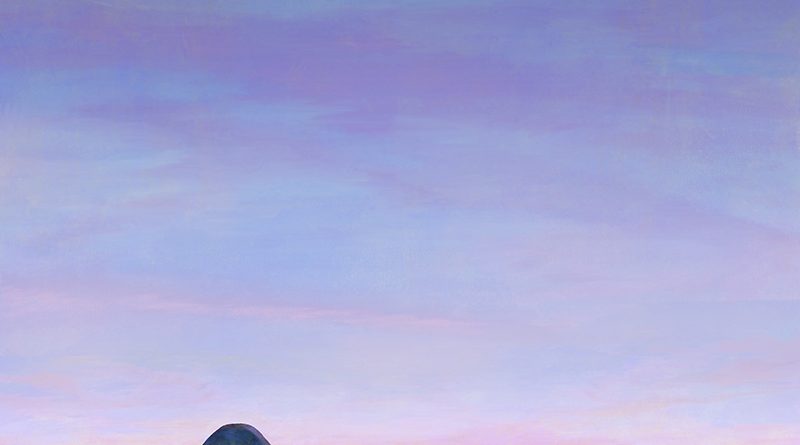 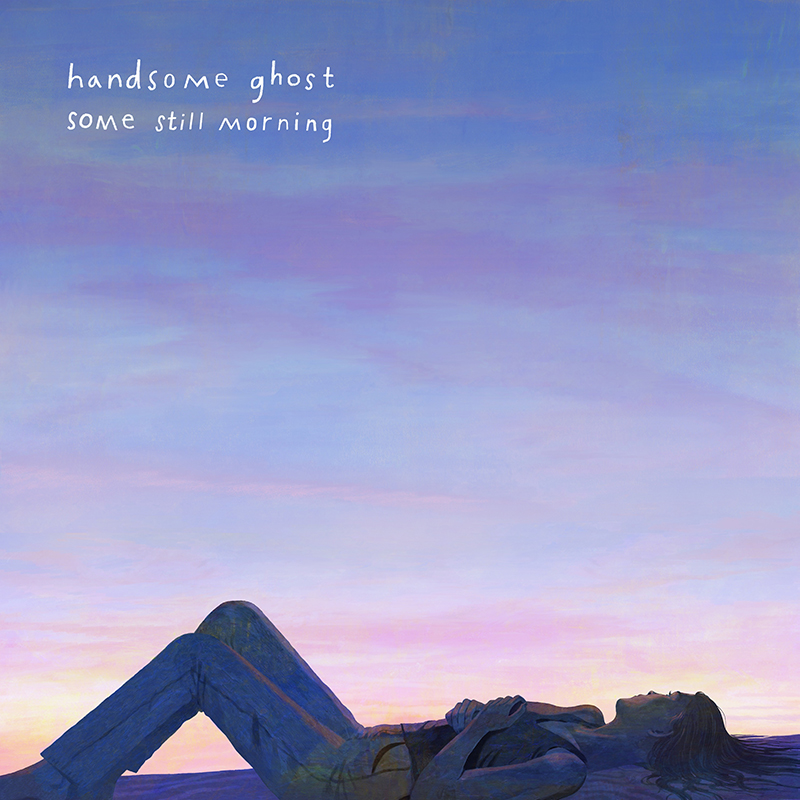 It is a fact universally accepted, though rarely enjoyed, that nothing gets born into this world without at least a parcel or two of pain. Some of us choose to overshadow this unavoidable axiom with biopharmaceutical numbing agents of one kind or another – liquor, cruelty, women, men, books, barristers, what-have-you. A few like to hand the pain a top hat and cane so it can then soft shoe in the footlights of some inward off-Broadway blame game that decorously keeps the attention off the hurt’s real source or message. And then there are still others – venturesome and valorous others – who make it their enunciated business to stare the discomfort fixedly in the eye, honor its diadems with the appropriate respect, brush past its augured feeling, and carry on toward whatever mission was targeted beforehand – only now vibrating a bit more omnipotently for having had that exchange with injury. Handsome Ghost robustly authenticate their status as acolytes of that latter, more rarefied group with their latest full-length offering, a scattering of dragonflies entitled Some Still Morning.

Click here for photos of Handsome Ghost at Hammerstein Ballroom in New York, NY on September 23rd, 2016 in the QRO Concert Photo Gallery

Click here for photos of Handsome Ghost at Neuehouse in New York, NY on July 12th, 2015 in the QRO Concert Photo Gallery

Click here for photos of Handsome Ghost at Wooly’s in Des Moines, IA on July 1st, 2015 in the QRO Concert Photo Gallery

Power brokers of all that is Zen and meditational from the start and current curators of a fan-assisted “Sad Song Playlist,” Handsome Ghost specializes in making a leviathan ache smell fragrant with cloves. They have instinctively done so since the Steps EP of 2015 that introduced their connatural talent for sonic-swimming where you can’t see the bottom of the pool. Tim Noyes (singer/writer) and Eddie Byun (multi-instrumentalist/producer) are the equivalent of emotional geologists working deftly in the smoky glass medium of our collective human approach to soreness and suffering. Noyes writes “sentences that smash the order of things” as journalist Carlene Bauer would put it, and Byun’s instincts as a guitar player are reminiscent of The Edge – tasteful, subdued, forever only in service to the song (never his ego), and note-perfect. This is downtempo electropop that Edward Albee would have loved because it is built on a foundational understanding that some questions are more palatable because they are unanswerable. 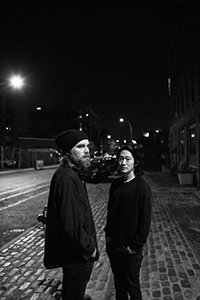 Throngs of intensely talented artists who dwell in the minor chords of the misbegotten for too long come out with anthologies of anguish that feel drafty and spartan. Not so, Handsome Ghost. Even a casual listen to 2016’s The Brilliant Glow EP, or a traipse through the polar orbits of 2018’s Welcome Back, will emend what you think is possible with only two people in the Moroccan riad of the music-making. The sophistication and full-bodied sound native to all of Handsome Ghost’s work is jaw-dropping in the same way of that produced by The White Stripes, Royal Blood, or Deap Vally, but boasts the much more impressive triumph of having been accomplished on the lo-fi end, and with almost zero amplification. It’s one thing to make people sit up and take notice because you are adept at playing a bifocal game of mirrors with sonority that can nonchalantly lift the roof off a stadium. It’s quite another promenade entirely when quietude is the touch paper to your sotto voce scorch. That kind of fire effectuates a very different, quelling burn as well.

It was our immaculate inamorato, Bruce Lee, who advised we “obey the principles without being bound by them.” It is Handsome Ghost who has come to demonstrate for us how.

QRO enjoyed the exceptional pleasure of catching up with Handsome Ghost by phone recently in advance of their shimmering new release. Finding the boys biding their post-quarantine time in productive pursuits like running (Tim) and practicing (Eddie…Van Halen, that is), we were fortunate to get a few firsthand apologues on the nativity of this next chapter. 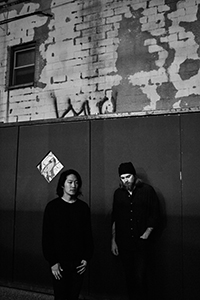 The Massachusetts duo gamely shared that they’d had a little Boston Tea Party with a succession of early recordings originally meant for this album, along with some hidebound notions of careerism that had set them careening in circular directions disjointed from the mix of momentum and familiarity they were hunting. The record revolves around themes of the short shrift we give ourselves for not changing, and the grimaces of sedition we slather on ourselves when we do. It illuminates the sectarian skirmishes that rage daily between our contrarian dids and our ruminative coulds.

This is a worriment any person can readily relate to, but for musical artists there is a further pregnant portage to it wherein bands who have arrived to acclaim on a given sound are then both expected to abide by that established exemplar and simultaneously reviled if/when they do. Indie bands in particular are rarely permitted by their listening public to play even a dash of Coriolanus with their original ideas, and artists can begin to detrimentally accuse themselves of attempting Liesl’s leaping-gazebo number when first-pancake deviations are attempted then scrapped. The conundrum becomes: how does a band send itself a memento from the future but also be present to sign for its receipt? 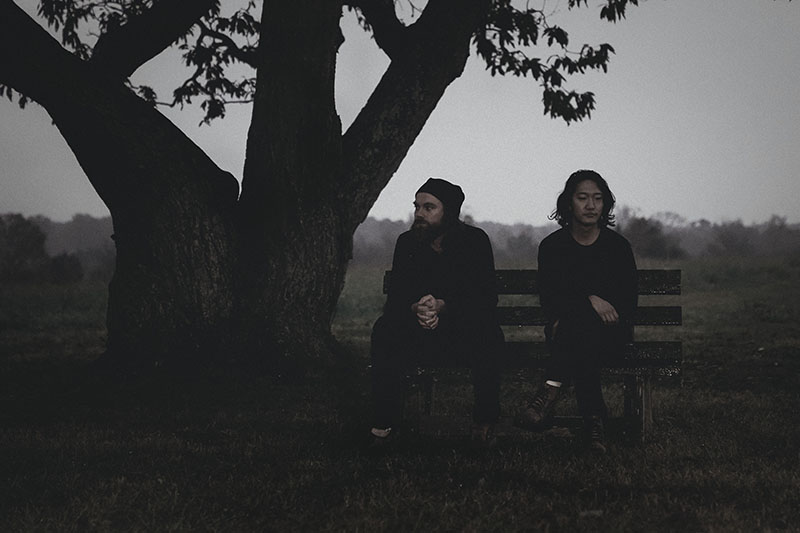 Fortunately, Handsome Ghost has pulled this off, finding rebirth via esteeming all chapters – including and perhaps especially the rumpled ones – and discovering how to become something falling together rather than falling apart by virtue of flipping a few toggles on the old heirloom switchboard in the ossuary. Out of this collaborative knee taken to Nephthys has risen an album that very much sounds like the dawning light that galvanized it – but also sounds in every respect like an evolved, upsurged Handsome Ghost. Mutinously, they have made a sun-synchronous salute to the multicolor palette of dysphoria and, in that sense, put out a record that is timely beyond belief – to say nothing of being highly instructive for anyone still canvassing the Hippodrome of evaporative head tangles now germane to 2020.

Lead track “Funeral” and its accompanying video (featuring Echo the wonderhound!) is a charcoal calendar of days and ways in which to find mysticism in the macabre. If Christmas lights could make their own music, it would sound like these guitars. “Massachusetts” makes you instantly realize that a thoracostomy of the soul is sometimes precisely the lilting antidote to whatever kettle of hell you are currently feeling toward whatever locum tenens had you convinced this week that they were for keeps. This song is all the braver for refusing to deal in generalities. 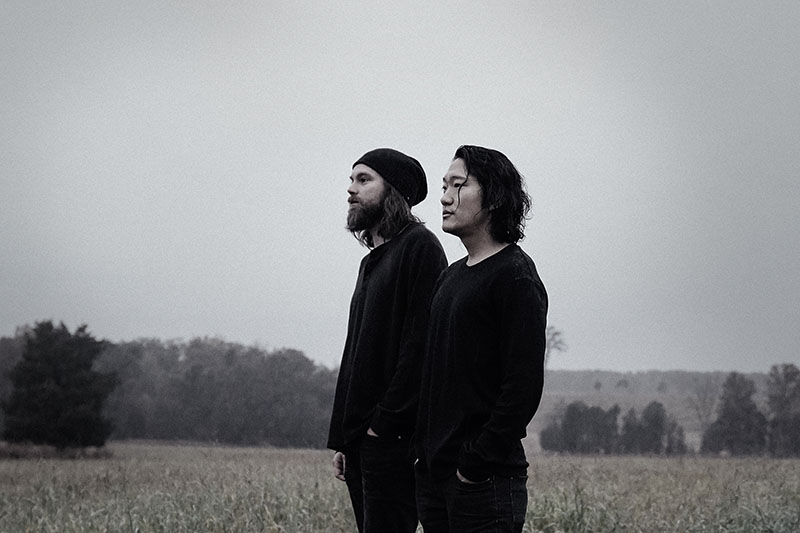 “Weeds” wades you far into the outback of the faltering edicts governing humanity. All of the abrupt emancipations we swear by, like fish-or-cut-bait marriages and even heartbeats, are juxtaposed against the way loyalty can undergo a mollifying transfiguration of molecules in less than half a tsarist’s minute. “Christmas in Jersey” is practically a listicle of all the prevarications, filaments, and reduced conversations of demoted lovers, thumbing its nose at the lot of them with the courageous surety, “I could build a kingdom in the cracks.” 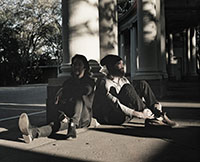 “Fifteen Countries” may pull the prize for most punishingly bonny lyricisms to elevate/lacerate your heart credentials good and proper: “That man you always wanted, /I should tell you that I’ve left him behind / I wake up in the morning / There are strangers I have yet to become / And lie down in the evening / Head is spinning from the things that I’ve done.” A bladelike and rueful self-cannulation in an amber goblet, this one. “Vampires” advances on an infernally beautiful, stained glass sort of production level and the whole song sounds like it is dripping with purple tourmaline. Begot of a restive, luminous placidity, it makes art out of the cryptic conclaves we all subconsciously make with those people and times who made parts of us even momentarily immortal. 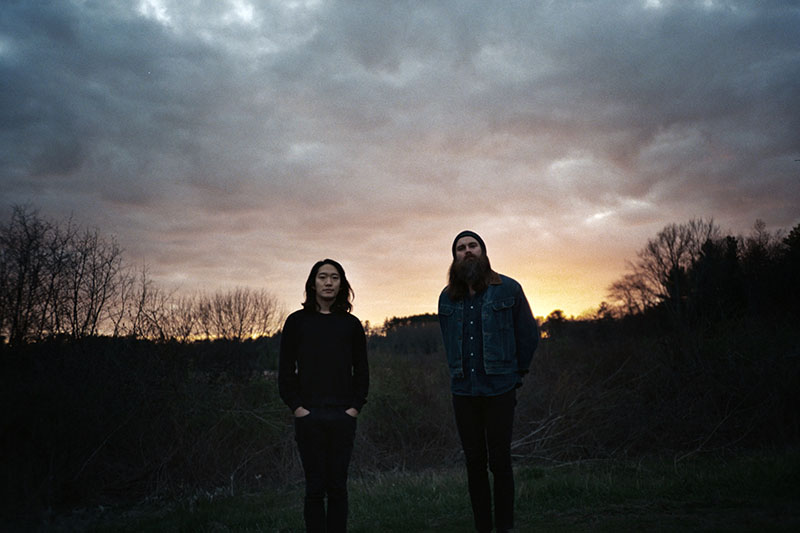 “The Mint” would and should be on Nick and Norah’s actual Infinite Playlist. It sounds like a bearded reedling intoning on matters of fungibility, the ambush of romantic refits, and the true arachnomancy that can characterize the thoughts of any empathic, eremitic soul. Meanwhile, “Sunday Best” ought really to have been branded with its own preemptive disclaimer: “Please pre-remove your mascara, girls and boys.” This tune will leave a gash you could drive a bus through – but it will have that good sting, like a loose tooth you can’t quit fiddling with. 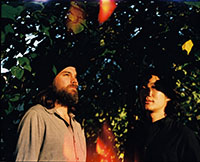 The signature adage of my treasured father has always been: “Don’t be sad it’s over, be glad it happened.” Handsome Ghost have made themselves (and my Dad) quite proud on this point, for they have assuredly produced an album that captures the intimacy they sought to sheathe, as well as the veracity of this wise saying. We have a bullish tendency as modern humans to treat sensitivity as though it were a synonym to dispiritedness, I suppose because the contemporary world believes real feeling to be some anti-establishment offshoot of lunacy. But untethered is not unhinged, and sometimes even a Trappist monk has to make a blood sacrifice. “You fight so long to get somewhere,” Eddie Byun told me, and naturally no artist wants to feel as though their beginnings are now some required drug regimen with the side effect of guaranteeing their end. In the vein of melancholic masters like Frightened Rabbit, the Handsome Ghost of Some Still Morning has generated the kind of music that makes pressing on any sentimental bruises their secret healing salve. Unearthing the enigma that the hair shirt can be redemptive when worn the right way, Handsome Ghost is joining the philosophical likes of The Police circa “King of Pain” and have by every measure built a prodigiously dazzling kingdom out of any and all cracks.