Holding up the standard for a more interesting alt-electronics.... 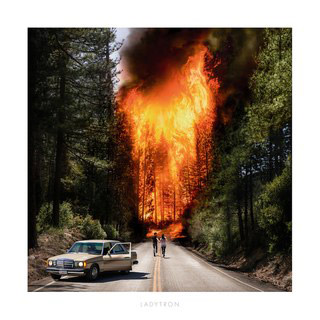 When we last heard from Ladytron, it was way back in 2011 with Gravity the Seducer (QRO review), an underwhelming record amid the electronic boom. Electronic music is now established, even in previously phobic America, but so much is at the EDM/DJ end of the pool. While hardly a game-changer, Ladytron holds up the standard for a more interesting alt-electronics.

Click here for photos of Ladytron at Brooklyn Steel in Brooklyn, NY on October 2nd, 2019 in the QRO Concert Photo Gallery

Click here for photos of Ladytron at Terminal 5 in New York, NY on October 8th, 2011 in the QRO Concert Photo Gallery

Click here for photos of Ladytron at Webster Hall in New York, NY on April 10th, 2009 in the QRO Concert Photo Gallery

Ladytron is not a record of remixed club-bangers. Instead, there are such elements as the alt-tech pressure of opener “Until the Fire” and “Paper Highways”, brighter electronica in “The Animals” and closer “Tomorrow Is Another Day”, and the wise and ominous darkness to “Deadzone” and standout “Horrorscope”. At thirteen tracks, the album probably could have been paired down a bit, as other songs are just not quite as good versions of the record’s best, but there is real strength here.

Electronica has gone from some weird European rave thing to central in contemporary popular music – more people have synths that guitars these days, it seems. But Ladytron have been doing it since before all that, and that experience shows.