<img src="https://www.qromag.com/wp-content/uploads/2011/08/liturgyaesthethica.jpg" alt="Liturgy : Aesthetica" />Tell your kids you were there for the great Black Metal Rush of the early 2010s.<span>  </span>You'll be glad you did. ... 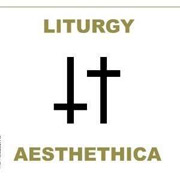 Metal suffered a body blow (from which it has arguably never recovered) around the time that grunge exerted its cultural muscle back in the early ‘90s.  Never mind that the early alternative scene, typified by the crotch rock showmanship of Mudhoney or Pearl Jam (QRO retrospective), was hardly a hair’s breadth removed from the power chords, long hair, and anti-authoritarianism that found a similar home with the Ozzie, Kronus, and Pantera crowd.  What mattered was that generational icons like Kurt Cobain traced their lineage along the lines of punk, ferociously rallying against the abuses, both real & imagined, levied upon them by the dark amorphous varsity forces of football teams, local bullies, and mean older brothers.  It was time for the little guy to have his say in alternative music – and the little guy wasn’t metal.

Click here for photos of Liturgy at 285 Kent in Brooklyn, NY on Halloween ’13 in the QRO Concert Photo Gallery

Click here for photos of Liturgy at The Ritz in Ybor City, FL on February 4th, 2012 in the QRO Concert Photo Gallery

Then a funny thing happened on the way to the record store.  The same indie crowd that had once turned up their nose at aggression without irony began to feel a palpable hunger for a rawer edge to their music.  This hunger has taken hold with the recent admiring acceptance of the would-be hardcore punkers Fucked Up.  It’s hard to say whether the support these punks have received against a backdrop of indietronica and Americana is condescension or not, a sort of indie slumming.  Regardless, the band is selling tickets and albums – and, in a slumping music industry, what else matters?  Now, metal is taking its turn – the new & improved version, the so-called “black metal,” has been kicking around since at least 2009, trying its hardest to earn its way back into the hearts of those who would have once denied it.

That’s a massively long, two paragraph prelude in advance of announcing the real subject of this review – Liturgy’s gorgeous, screaming 2xLP epic Aesthethica – but, with apologies to the band, the build up is necessary.  Without a certain sense of music’s recent history, it’s hard to put your finger on precisely why the audience for metal has suddenly blossomed.  With that history in mind, it’s easier to see how the abuses exacted upon listening audiences by emo, Freelance Whales (QRO album review), and third tier chillwave, might make one crave for a style of music that will bloody your nose without apologizing afterward.

None of this explains why exactly Liturgy has been spotlighted as a standard bearer for the resurgence of a certain style of metal.  Challenging, enervating, powerful music is being put out by others, from Kvelertak, Ulcerate, Amon Amarth, Bloodiest, Meek Is Murder, Deicide, to Obscura.  But the vagaries of our collective cultural attention span reward outsized characters and wild ambition.  The frontman for Liturgy, Hunter Hunt-Hendrix, who has recently authored a ‘manifesto’ (available for around $40 a pop) is the former, and the gorgeous double LP Aesthethica, which plays like a four-piece Wagnerian opera redolent of incense & sweat, is the latter.  Although half the songs consist of rapid fire strumming scored to lyric-free screeching, it’s the kind of repetition that builds on its own internal rhythms, like a headless, wild-eyed fugue, sucking you in during numbers like “Glory Bronze” before spitting you out on a cappella choral freak-outs like “Harmonia”.

Sometimes a band, movement, or album is important for what it is not, as much as for what it is.  Reviewers that fancy themselves fonts of objective analysis hate to admit that fact.  Artists hate it even more; nothing is more offensive than having the work you’ve slaved over belittled in the grand scheme of historical contextualization.  But the plain fact is that metal hasn’t emerged from the rock ‘n’ roll hinterlands for quite a while, and it sounds really, really fresh.  Take the opportunity to have a brief fling – tell your kids you were there for the great Black Metal Rush of the early 2010s.  You’ll be glad you did.