New Yorkers might believe that indie music revolves around Brooklyn, but just as essential is Los Angeles’ Silver Lake neighborhood.... 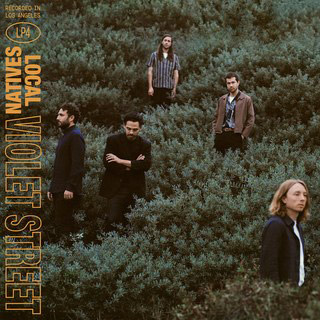 Photos of Local Natives at Buckhead Theater in Atlanta, GA on June 11th, 2018

Photos of Local Natives at Fox Theater in Oakland, CA on September 17th, 2016

Photos of Local Natives at 2013 Beacons Festival in Skipton, U.K.

New Yorkers might believe that indie music revolves around Brooklyn (after it got priced out of the Lower East Side, and increasingly Williamsburg), but just as essential is Los Angeles’ Silver Lake neighborhood, the Tupac to Brooklyn’s Biggie (yes, there are also other places, in flyover country). It has its own special breed of indie-rock, which draws from California sounds like Laurel Canyon, Beach Boys, inland folk, and more. Doing it very well is L.A. locals Local Natives on Violet Street.

Photos of Local Natives at 2012 All Tomorrow’s Parties in Minehead, U.K.

As emotional and tragic as East Coasters like The National, Local Natives are more relaxed on their Violet, more accepting than resigned on pieces like “Café Amarillo” and the quiet longing closer “Tap Dancer”. Single “When Am I Gonna Lose You” is carrying Los Angeles emotion (even features actress Kate Mara in the video). Local Natives are also smoother with tracks such as “Someday Now”, but can go big with “Shy”, and powerful loss on “Garden of Elysian”.

Just as New York artists can effectively speak to America & the world, so too can those from Lala Land, interesting and compelling artists like Local Natives.