Matt Pond takes on synthesizers with his latest.... 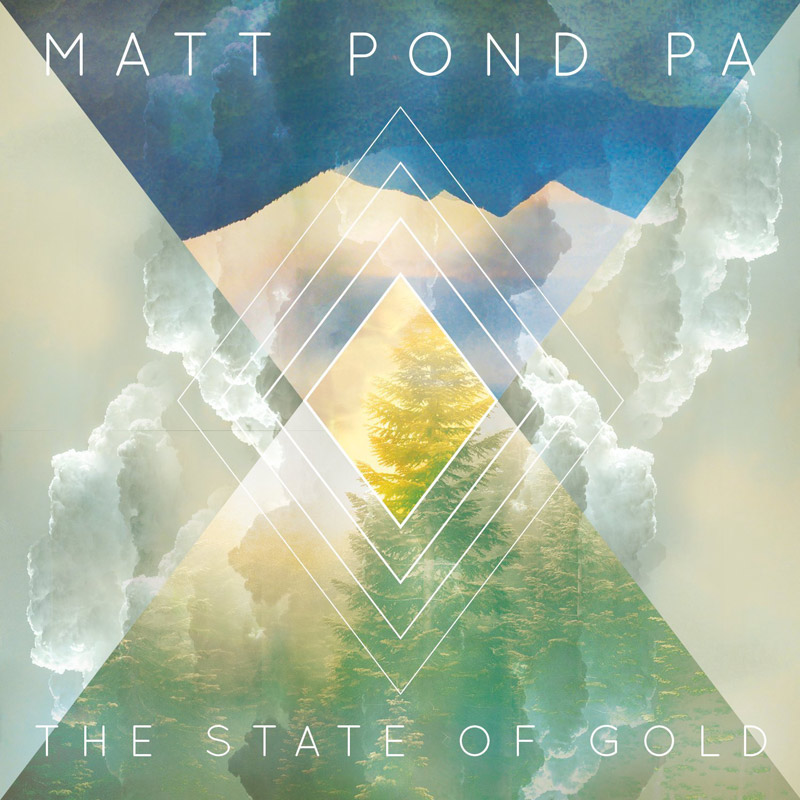 Matt Pond has long flirted with success but never quite broken through, despite a long track record of great records that have nicely mixed indie, pop, country, folk, and more. With The State of Gold, Pond picks up on the hot instrument of today, synthesizers, which is a little out of his wheelhouse, but he can still pull it off.

Returning to his ‘Matt Pond PA’ identity/band after 2013’s ‘just Matt Pond’ The Lives Inside the Lines Inside Your Hand (QRO review), Pond lets the listener know that this is a synth-heavy release for him right at the start with “More No More”. Some places it works well, particularly on the uplift in pieces such as “Four Eyes” and “The State of Gold, Pt. 2”, though gets too heavy on the ‘sizers “Pt. 2” with “Have To Know”, “Emptiness”, and “A Second Lasts a Second”. But note that it is not all keyboards on Gold: “Spaceland” has Pond’s acoustic power, while “Don’t Look Down” has his straightforward uplift power.

It’s also still true that Matt Pond is best on his uplifting pieces, no matter the instrument. Like prior releases, The State of Gold probably won’t push Pond into the big-time, but that won’t darken his appeal.