<img src="https://www.qromag.com/wp-content/uploads/2012/11/musethesecondlaw.jpg" alt="Muse : The 2nd Law" /><br /> Muse have knowingly and purposely become a parody of themselves. ... 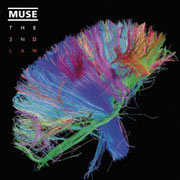 Muse have knowingly and purposely become a parody of themselves.  With their last album The Resistance (QRO review) they started down a path of trying to sound so epic that they have ended up in the realm of hard-to-take-serious.  It’s sad, really.  Without sounding too hipster-ish with the “they were better before they hit it big” mentality, if you look at their albums Origin of Symmetry and Absolution they sounded amazing – like a band ready to take on the world and who didn’t care what anyone thought of them.  They had Radiohead-esque overtones but coupled with a harder rock sound truly made them something original.  These days they are still original, just not with the same purity.

Their new album is called The 2nd Law and in an interview with Q Magazine earlier this month lead singer Matt Bellamy had this to say, “We’re not afraid of our eccentricities, where we go into Monty Python rock.”  He went on to say, “I stopped worrying what other people thought.  That’s when everything started to work.”  Lastly, Muse’s bassist Chris Wolstenholme said, “This time, we’ve really gone the whole hog,” whatever that means.

Click here for photos of Muse at Toyota Center in Houston, TX on March 12th, 2013 in the QRO Concert Photo Gallery

Click here for QRO’s review of Muse at Agganis Arena in Boston, MA on August 11th, 2007

These quotes sum up the experience of this album pretty well.  Sure, it explains that Muse aren’t taking themselves too seriously these days (thus the silly feel of this album), but have they alienated their fans?  Do they have too specific a vision for what they want to be?

From the ﬁrst note of the album’s opening track “Supremacy” listeners can immediately tell they are in for a rock opera of sorts.  The thing that pushes this song in particular over the edge into the realm of cheesiness is the horns.  Take the horns away and its cheesiness would decrease dramatically.  The same goes for the song “Panic Station” later on the album.  These small touches throughout the album are perhaps the main thing sinking the S.S. Muse lately.

Another low point of the album is the whole “Prelude” and “Survival” sequence.  Even though the latter was the ‘ofﬁcial song of the 2012 Summer Olympics,’ did anyone ever hear it played once during those weeks?  If not, it’s with good reason.  The song is silly.  There isn’t any other word to describe it.

On the bright side of things, many have scrutinized the album’s song “Madness” saying it is bland and boring.  This just simply is not the case.  It is quite possibly the one song on The 2nd Law that took things in an interesting rather than laughable direction.

All of this being said, The 2nd Law is a fairly cool album.  In and of itself it’s entertaining and original.  The problem is that it just isn’t a good Muse album.  Their diehard fans know what they are capable of and this just isn’t it.  Perhaps they have been featured on a few too many Twilight soundtracks (QRO review).