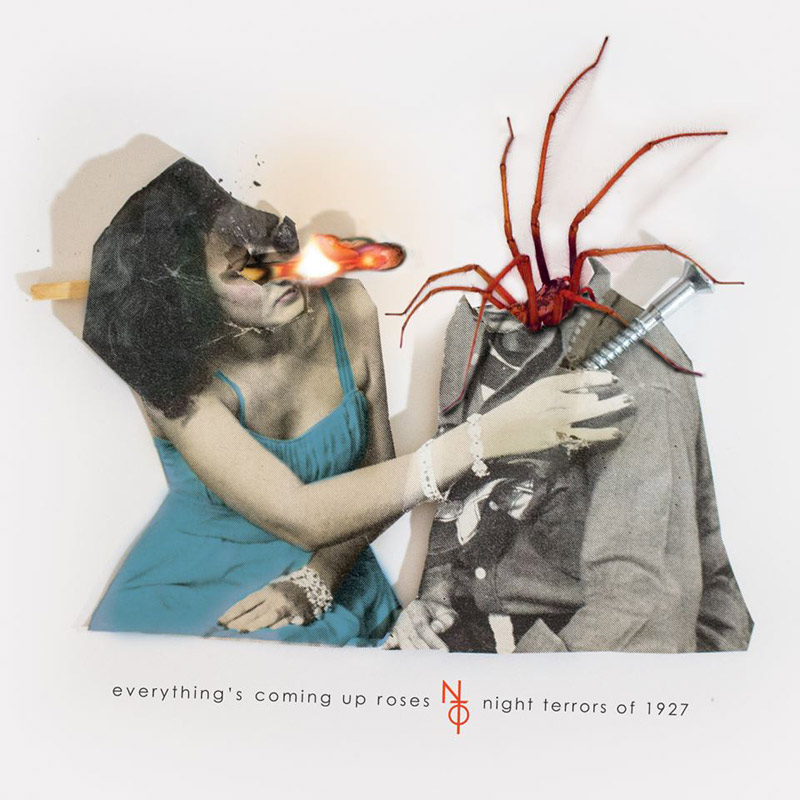 Night Terrors of 1927 could be a yesteryear act (and not just because of their name), as it is comprised of Blake Sennett of Rilo Kiley (QRO album review) and Jarrod Gorbel of The Honorary Title, two indie acts that broke up back when the Obama Administration was still young. Yet their team-up sounds decidedly modern – in ways good and bad.

Click here for photos of Night Terrors of 1927 at Terminal 5 in New York, NY on April 9th, 2015 in the QRO Concert Photo Gallery

Click here for photos of Night Terrors of 1927 at CMJ 2013 in New York, NY in the QRO Concert Photo Gallery

Guitars are so last decade, and Night Terrors of 1927 are a modern synthesizer act, bold and bright with plenty of emotion. Opener “Dust and Bones” is a synth uplift anthem, and the record continues on in that strain. It’s the kind of album that has two “Always” love songs, “Always Be One” and “Always Take You Back”. Even the one about “Novocain” is overwrought, but there are times when it all definitely works, such as single “When You Were Mine” (featuring the always welcome Tegan & Sara – QRO spotlight on), but others like “Shine” are just overwrought.

There are a couple of forays into something else, like the relaxed light disco fun of “Perfect Day” or the sadder but also slyer titular closer, but Everything’s Coming Up Roses is the kind of bright and bold synth-pop your hear a lot of these days. “Always Be One” could literally soundtrack a Pepsi commercial. And even if you wish music were like it was 2005 (or 1995, or 1985, or 1975…), the emotion does shine through.