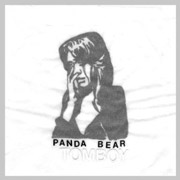 With Tomboy, Noah Lennox’s Panda Bear project has made its most decisive break with the sonic trajectory of Animal Collective (QRO album review).  While Animal Collective’s Coachella performance earlier this year signaled a move to a more groovy glitch-folk sound, Tomboy finds Lennox, with the assistance of producer Pete Kember (a/k/a Sonic Boom of the legendary space-psych group Spacemen 3) fully embracing the ‘chill’ aesthetic that has come to define the indie music of this young decade.   Undoubtedly, some fans of Panda Bear will be left wanting more from this album.

Click here for photos of Panda Bear at CMJ 2015 in New York, NY in the QRO Concert Photo Gallery

Click here for photos of Panda Bear at 2011 POPPED! Festival in Philadelphia, PA in the QRO Concert Photo Gallery

Click here for photos of Panda Bear at Music Fest NW 2010 in Portland, OR in the QRO Concert Photo Gallery

Click here for photos of Panda Bear at 2010 All Tomorrow’s Parties in Minehead, U.K. in the QRO Concert Photo Gallery

While no one can accuse Lennox of a lazy four years since the release of 2007’s Person Pitch (QRO review), the lack of any extended pieces a la “Bros” or “Good Girls/Carrots” from his landmark third album may indicate a step backwards to some. Indeed, none of the tracks on Tomboy exceed seven minutes, with all but two coming in at under five.  These critics may be missing the big picture though, as more than any of Panda Bear’s previous works, Tomboy is largely a cohesive affair.  That is not to say that the track identifications are arbitrary, but rather there is a development from the album opener, a slacker’s anthem, “You Can’t Count on Me”, through the aptly titled mid-point collage of sound collage, “Drone”, following which, owners of the vinyl LP would flip the disc over to hear the up-tempo waves of sound that make up “Alsatian Dram” kick off a side B that is unfortunately weaker than the preceding five songs.  “Scheherazade” would have been twice as effective at half the length and “Afterburner” lacks the percussive drive to justify its place as the albums most substantial song, opting instead to loop ad infinitum, fun when you’re behind the knobs, less so otherwise.

Nevertheless, Tomboy stands up to any release in the near-fifteen year history of Animal Collective projects, and Lennox continues to define himself as an innovator in sound, here taking pieces from his adopted home of Lisbon and incorporating them into the sonic journey that his fans have had the privilege of experiencing.  Whether Tomboy will hold fans interest for another four years, as Person Pitch did, will be the true test of this latest installment from one of the most exciting musicians of our time.