Purple Mountains will forever stand as his final piece of art.... 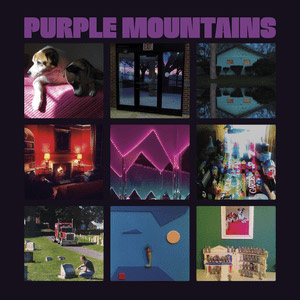 It will be impossible to consider David Berman’s Purple Mountains without taking into account that Berman tragically took his life mere weeks after it was released. Berman had struggled with depression his entire life, from substance abuse to family relations, but from all reports had seemed good in his return to music as Purple Mountains. His death saw the world lose a truly special and unique voice, and Purple Mountains will forever stand as his final piece of art.

In the nineties, Berman was the cowboy poet of the alternative music world, from his work in his band Silver Jews to his own successful book of poetry, Actual Air. In the twenty-first century, he retired from touring and eventually music altogether, only to return this year as Purple Mountains with Purple Mountains. While the shadow of his death hangs above it all, the record showcases Berman’s impressive lyricism and more.

A rare artist who could pull off being both a songwriter and a poet, in equal esteem, Purple Mountains has Berman’s great lines rambling out in pieces such as “That’s Just the Way I Feel”, relaxed “Margaritas at the Mall”, twang “She’s Making Friends, I’m Turning Stranger”, and sauntering “Storyline Fever”. There are sadder moments like “Darkness and Cold”, and his death haunts the “Dead know what they’re doing” of “Nights That Won’t Happen”. But best is why Berman is upbeat & wry, like his tribute to his mother, “I Loved Being My Mother’s Son”, and the killer lonely cowboy closer, “Maybe I’m the Only One For Me”.