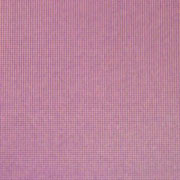 Rip – a menacing growl from… guitars… and belting thumping drums from Coborn and shattering shards of glass or pixie dust at the end, announce that Ringo Deathstarr are back following last year’s well received Colour Trip album (QRO review).  The great news is that the band are prancing free and avoided the trappings of an over produced album and should again find their latest creation amongst the best albums of 2012.

The album is punchy along with the short and to the point song titles, like “Burn”, a frenzied wall of sound that is sure to cause ears to bleed as the Texan trio take this latest long player live across the globe accruing inevitable and well deserved praise.

Compared to Colour Trip and Sparkle – Mauve does not hold back, it is a far more brash sound, stripped down, bare with signs of a band who are growing in who they are and surely now having earned the right to be considered more than just another ‘shoegaze band’ and likened to My Bloody Valentine, etc.  There is whole mash of titillating sounds and influences here that means there is just so much to appreciate within this album.  The group have clearly not gone through the motions on this album with plenty of experimentation and well-sculpted tracks.  “Doesn’t matter,” repeats Alex Gehring on “Drain”, a skipping hyperactive blend of crashing drums, ringing guitars drenched in effects.

“Slack” releases Elliott Frazier into spitting venom of, “Do you feel what I feel tonight?”, as the young American gets some pent up frustration off his chest.  “Brightest Star” breaks the mould of the two-and-a-half minute onslaught into a haunting, brooding, atmospheric, and somber five-minute gem with Gehring’s throbbing bass certainly not looking out of place alongside Simon Gallup’s contribution to The Cure’s Faith album.

“Drag” is far from it with Gearing’s gentle vocals echoing with reverb and awash with crystal clear guitars a move away from the distorted guitars within the rest of the album.  “Girls We Know” further witnesses Deathstarr experimenting with sounds and effects not previously tried.  It oozes sexiness and sleaziness as it unravels itself to the listener in a hypnotic trance before concluding with some “do waps” upon its conclusion.

“Waste” is the closest thing you will find on the album to an anthem.  Live, it is a track that is sure to cause bedlam in the mosh pit with fists punching the air as the pace quickens.  There is a more menacing sound to the album, it’s darker and displays far more maturity than maybe aspects on the Colour Trip album.

Mauve make no mistake is a really impressive album that really should sit alongside your music collection.  Elliot has helped to produce a real instant grower of an album.  At times it bites and snarls, slaps you across the face a few times before enveloping the listener in its caressing warmth, hazy and sleepy ballads.