Silversun PIckups have always had a harder edge, largely an undercurrent, until 'Widow’s Weeds', which goes full-bore on the dark pressure.... 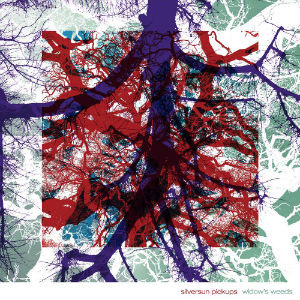 Photos of Silversun Pickups at Terminal 5 in New York, NY on October 15th, 2012

Photos of Silversun Pickups at 2012 Sasquatch! Festival in George, WA

Photos of Silversun Pickups at Sunset Cove in Miami, FL on June 16th, 2010

Silverlake’s Silversun Pickups came up in the indie-boom of a decade ago, and were categorized alongside their more introspective peers, contrasting to the rougher ‘return of rock’ side of the coin from earlier in that decade. Yet they’ve always had a harder edge, largely an undercurrent, until Widow’s Weeds, which goes full-bore on the dark pressure.

That’s evident from the get-go with one-two openers “Neon Wound” and “It Doesn’t Matter Why”, the ominous nature to the driving pieces more hard rock than soft rock. When the band goes sweeter, the song is about a “Bag of Bones”. Even the fuzzier title track has that edge, and it’s followed by the out-and-out attack “Songbirds”.

It has been a long time since the Silversun Pickups’ Carnavas debut, and they’ve definitely evolved into a successful, polished band. The polish hasn’t been taken off, but it’s now of a darker shade.