The intensifying sound that is so well attributed to Slash are riddled throughout the huge seventeen-track album that represent the chemistry between these talented musicians.... 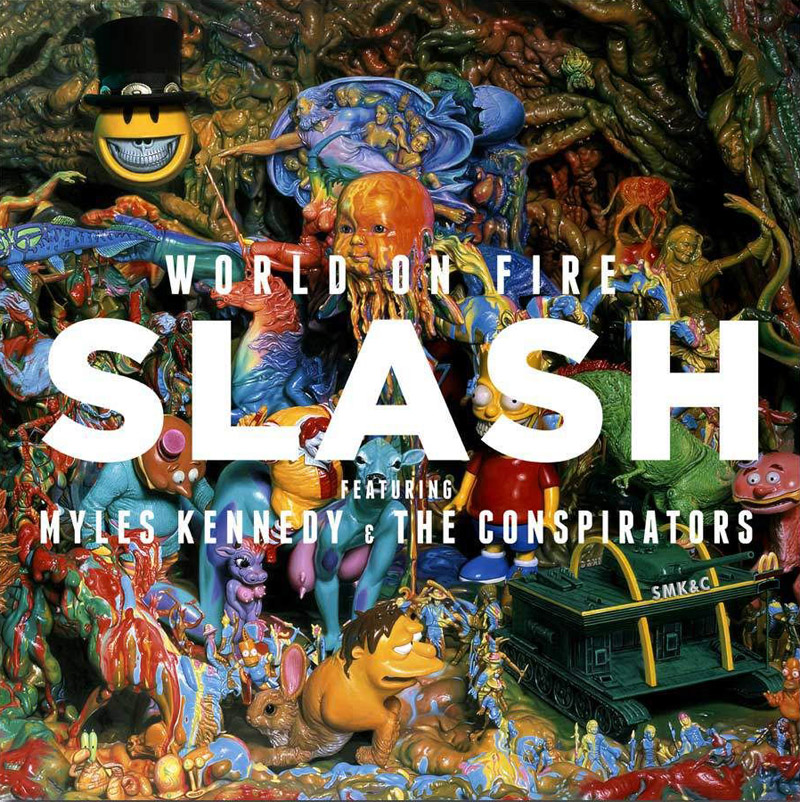 World On Fire is the third solo album from the legend musician and songwriter that is Slash – former guitarist for band Guns n’ Roses. Following on from his previous solo albums, Slash (2010) and Apocalyptic Love (2012 – QRO review), World On Fire features Miles Kennedy, of Alter Bridge, and The Conspirators for the second time and songs which are most definitely in-your-face rock and roll.

The intensifying sound that is so well attributed to Slash are riddled throughout the huge seventeen-track album that represent the chemistry between these talented musicians: “We’ve been playing together for awhile and I think it’s gotten to the point where everybody’s comfortable in our own skin… We definitely had chemistry from the very first time we entered a room together. It was instantaneous magic.” There is a lot to digest considering the record clocks up an incredible 77 minutes, and it will require a couple of play-throughs to give the release the justice it deserves, but the result of the magical chemistry is something that cannot be missed.

Click here for photos of Slash at Ryman Auditorium in Nashville, TN on August 6th, 2019 in the QRO Concert Photo Gallery

Click here for photos of Slash at 2019 Lollapalooza in Chicago, IL in the QRO Concert Photo Gallery

Click here for QRO’s review of Slash at Arena in Nottingham, U.K. on February 28th, 2013

It can be said that this new album does not offer anything radical in comparison to previous works, nevertheless, this is still a step forward from Apocalyptic Love, featuring great harmonies, powerful riffs and guitar solos which throw the album into full throttle. The acoustic elements sporadically placed throughout a couple of the tracks are refreshing, as well as the energy that can be felt from Brent Fritz’s drumming, which adds that much needed flair, and Todd Kerns on the bass, who can clearly be heard.

From the title track “World On Fire” to “Shadow Life”, “Wicked Stone”, “Bent To Fly” and “Avalon” there isn’t one song that isn’t full of anthemistic rock, fantastic riffs and incredible vocals from Miles Kennedy.

Considering Slash’s long and successful career throughout the years, it’s hard to think that such an icon, who has contributed to such defining music throughout history, could possibly keep up the quality and standard that he has. World On Fire does not excel his previous work, but it certainly stands high and proud amongst his repertoire.