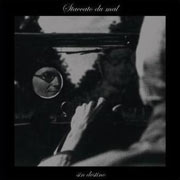 *SIGH* The incredible stupidity of music tags, the way of identifying a new record to someone who didn’t listen to it yet in order to get an idea of the sound.  Usually, a music tag is a short description, but sometimes it really gets out of hand and they become a sentence to talk about, for instance, Exit Calm’s eponymous debut record ("The Best New British Band in Years"); Sigue Sigue Sputnik ("Yes, the half a million people who bought their debut single can be wrong"); Oasis ("They make music for people who know nothing about music nor they care about having an interest in music") all these being true and accurate, and some others simply not being true: The Cure ("Goth Rock"); Siouxsie and the Banshees ("Sinister Rock"); New Model Army ("Heavy Metal") or Radiohead ("Arguably, the most overrated band in the world" or "Face it.  Radiohead no longer make good records" – QRO album review).

In the Spanish press it gets even more paranoid and absurd, with tags like "Cureisms" (for Cure’s "4:13 Dream"), "Post-Pop" (for Portishead’s "Third"), or "Not So Epic Pop" (for Spaniards The New Raemon’s music).

That’s why it is a bit silly and useless to try and put a specific tag on Staccato du Mal’s Sin Destino.  The project of Chilean-Venezuelan pianist Ramiro Jeancarlo, a musician obsessed with analogue synthesizers (Depeche Mode’s Martin Gore has bought some of his equipment from Jeancarlo in recent years), is a maze of sensations and claustrophobia, a display of sound and space and spaciousness that many will put in the "Coldwave" or "Techno" or "Depeche Mode-ish" bag but that goes way beyond that.  Jeancarlo is based in Miami, a place with a solid electronic music scene that somehow focuses on light and vibrant beats rather than in dark, somber and brooding landscapes thanks to the unique sound of analogue equipment.

The beginning with the bossanova beat of "Walls Fade" and the way of playing the keyboards drives us with a tension and coldness that we will find along the way and that will probably remind us of Kraftwerk, but that is only the point of the iceberg of bands we will think of during the whole of the record.

The first single, "Desespero" ("Desperation") depicts a manic character with sentences like "Stay Within!" or "So sorry, Charlie," that hint at a personal struggle to remain stable and balanced.

Other tracks like the bonus one "Kevorkian" or "Solo Baila Solo" keep displaying an oppressive and epileptic feel, while others like "En Sueños", "Pronóstico Indefinido" – somehow sounding like a high quality Jean-Michelle Jarre  – or "Lost Image", echoing the electronic work of Joy Division – play with industrial sounds that, on the other hand, surprisingly show some sort of warmth and emotion behind all the icy and frozen images one can imagine from all songs.  The ability of Jeancarlo to add details throughout all pieces and the daring will of immersing himself in the music and investigate different ways to expose what he has in mind overcome all familiar sounds that could make a casual listener to think this is only a spin-off of the darkest work by Depeche Mode, the Ultravox! of the John Foxx era or Brian Eno.

In conclusion, Sin Destino has more personality and depth than most records out there.  Is it ‘Coldwave’?  Maybe.  Is it ‘Synthpop’?  Probably.  Is it ‘Electronic’?  Absolutely.  Like New Model Army, is it ‘Heavy Metal’?  No jokes with that, please.

This is simply a good record.  Period.